Staff are examining a patient in an iron lung during a polio epidemic in Rhode Island in 1960. (CDC/Public Domain)
HEALTH

From the introduction of the smallpox vaccine in the 19th century to the mass availability of flu shots today, vaccines have helped millions of people develop immunity to some of the world's deadliest illnesses.

Thanks to vaccines, many infectious diseases – like smallpox and polio – no longer exist outside of laboratories in the US. Their lasting elimination has spurred researchers to work to develop new types of immunizations that could help people avoid other life-altering diseases.

Here are six once-common diseases that you no longer have to worry about thanks to vaccines.

Smallpox used to wipe out populations by the thousands.

Smallpox is caused by the variola virus, and it can easily spread through the air. The disease causes a spotted rash around infected peoples' faces and bodies, which turns into pustules that scab over. Internally, the virus attacks the immune system, causing rapid death.

When European colonizers brought smallpox to the Americas in the 17th century, it became an epidemic, killing three out of every 10 people who got it.

In 1796, physician Edward Jenner discovered that people could become immune to smallpox if they received an injection of a similar, less invasive strain of the virus. Jenner's experiments led to the development of the the world's first vaccine.

Over the next century, vaccinations became a routine practice in developed countries.

In 1972, the US declared smallpox eradicated. Less than a decade later, the World Health Organisation announced that smallpox was the first disease ever to be eradicated from the world. It remains the only disease recognised as 100 percent eliminated worldwide.

Polio is a viral infection that lives inside a person's throat and intestines. One in four people who catch the disease develop flu-like symptoms that go away, but a smaller percentage suffer severe effects, including paralysis and respiratory failure.

Some infected children would spend weeks inside giant machines called iron lungs, since polio made them unable to breathe on their own. According to NPR, 3,000 US children died from polio in the year 1952 alone.

Polio deaths were so common, in fact, that companies sold polio insurance to the parents of newborns.

The poliovirus used to spread rapidly among younger populations because it was transmitted orally. That meant it was easily transmitted in places like public swimming pools and day-care centres.

But once a vaccine was introduced in 1955, polio rates declined rapidly. In 1979, the disease was considered eliminated from the US. The last reported case of polio in the US was in the early 1990s, and that patient contracted the disease abroad.

Today, the CDC recommends that children in the US receive four vaccines for lifelong protection against polio.

According to the World Health Organisation, only three countries have active cases of polio this year: Nigeria, Pakistan, and Afghanistan. 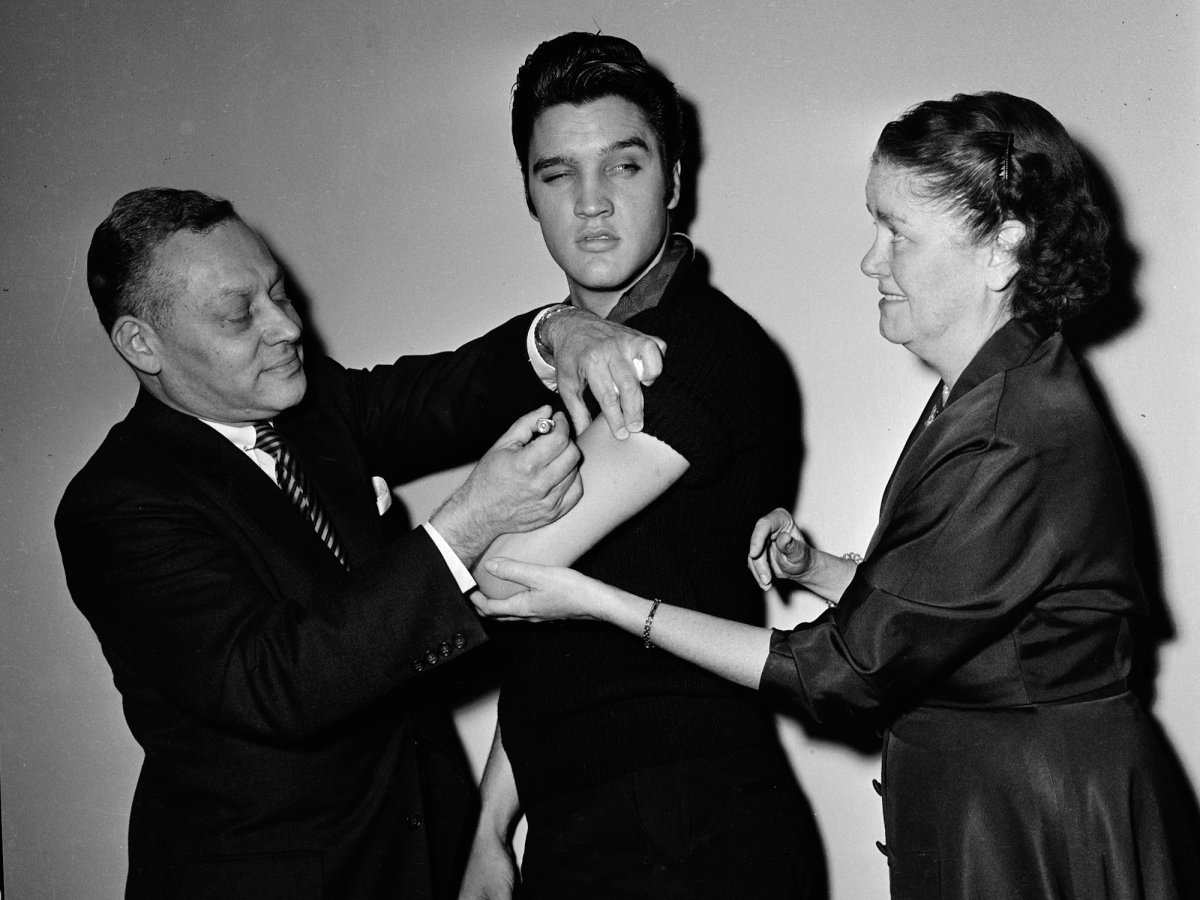 Diphtheria infections affected more than 200,000 people in 1921 and caused approximately 15,520 deaths that year, according to the CDC.

Diphtheria initially causes infected people to develop a sore throat, weakness, and swollen glands. But then a grey-coloured mucus begins to cover the back or their throat. If the bacteria spend enough time in the bloodstream, the infection can produce toxins that cause permanent nerve damage and heart failure.

The disease spreads when an infected person sneezes, coughs, or leaves saliva droplets on surfaces or objects. For that reason, people living in close quarters, particularly in dense cities, were highly susceptible to the disease in the early 1900s.

The diphtheria vaccine was introduced in the 1920s, so natural outbreaks haven't been an issue for nearly a century in the US. Less than five people in the entire country caught the disease over the past decade, according to the CDC. However, the disease remains common in some developing countries in which people don't have access to vaccines.

Mumps is a respiratory disease caused by the paramyxovirus. Like many other viruses, it spreads via contact with saliva. Prior to the advent of the mumps vaccine, roughly 186,000 people in the US contracted the virus every year.

A person who catches the mumps develops painful, swollen salivary glands. Swelling in the jaw area makes eating difficult, which in turn causes patients to feel even weaker.

Mumps generally isn't as deadly, but some patients suffer from lifelong complications like hearing loss. Approximately 20 percent to 30 percent of young males who contract the disease are at risk of developing swollen testes, which led to decreased sensitivity and fertility problems.

Mumps cases in the US declined by 99 percent after the introduction of the vaccine in 1967, and there are now only a few hundred cases per year.

Measles (also known as rubeola) attacks the respiratory system and other organs. A person with the virus develops flu-like symptoms such as fever and runny nose, along with a raised, red rash all over the body.

If the infection is severe, it can cause serious complications like blindness, brain damage, and even death.

An estimated 3 million people contracted the disease every year in the late 1950s, before the vaccine was available. Of that total, approximately 48,000 people were hospitalized due to complications, and roughly 400 to 500 people died from it annually.

Measles is highly contagious: It can be transmitted when someone breathes in the same air or touches the same surface as an infected person.

The disease can linger in a room for several hours after a sick patient has left. Because it can take a week or two for the full set of symptoms to develop, many people transmit the disease unknowingly.

The CDC announced measles was eliminated from the US in the year 2000. Despite the recent outbreaks, measles is totally preventable thanks to the two-dose MMR vaccine, which also immunizes kids against mumps and rubella.

Rubella leads to brain damage and birth defects in infants.

Symptoms of rubella (also called German measles) are similar to those of measles, though milder. People who contract rubella usually develop a red rash, pink eye, and low-grade fever, though up to 50 percent of infected people experience no symptoms at all.

In the year 1964, nearly 12.5 million people in the US contracted the disease. That year, nearly 11,000 women suffered miscarriages or stillborn births linked to the rubella virus. Children of infected mothers were born with cataracts, hearing disabilities, developmental delays, and heart defects.

Vaccinations for rubella became available in the late 1960s. The New York Times reported in 2015 that rubella had been eliminated from the Western hemisphere.

The World Health Organisation aims to eradicate the disease worldwide over the next few years.