Here's a Simple Guide to The Genius Chemistry Behind Firework Colours

It may be Independence Day, but there's nothing revolutionary about the way your 4th of July fireworks are made.

Fireworks have been built from a mix of explosive powder, chemicals, and glue for ages. The earliest fireworks shows date back more than a thousand years.

But not all fireworks are built the same. You can't get a bright red firework to light up with the same elements inside as a blue or white one.

That's because the colour of a firework explosion depends on what kinds of elements are inside, from common metals to rarer minerals and even some salts.

Pyrotechnicians call these bursts of coloured light "stars", and they're made of a mixture of fuel, oxidizer (to help fuel burn), colour-producing elements (like aluminium or copper), and a binder (glue) packed inside a shell.

That all gets fired high into the air before a time-delayed fuse spits fire onto the stars and they take off.

California-based pyrotechnician and electrical engineer Mike Tockstein, who was prepping the Los Angeles Coliseum for a 4th of July show, told Business Insider in 2018 that it takes days of pounding, digging, wiring, and "well over 10,000 pounds of equipment" to set up.

Before you peer up into the sky this Independence Day, take a look at some of the common elements that are making your celebration possible. Yellow fireworks are made from an element you might associate with the colour white: Sodium.

You may think sodium belongs in your salt shaker. But burning-hot sodium produces a bright yellow explosion that's perfect for lighting up the sky. 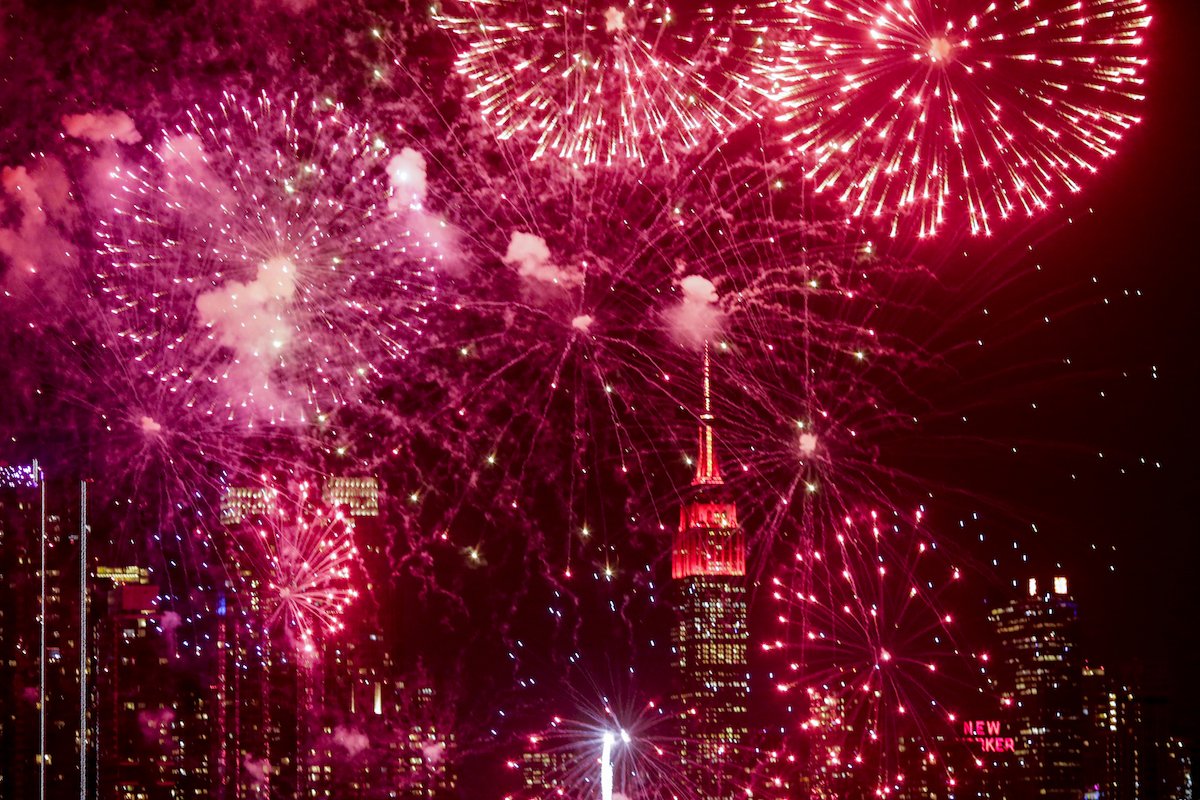 Strontium was used in the glass screens of a lot of old colour TV sets, because it helped block x-rays from hitting us. The element has a yellowish colour, but it burns red hot. 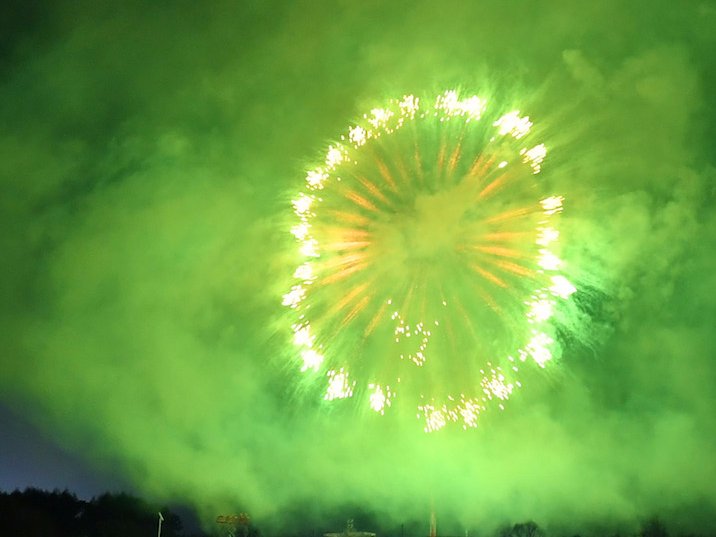 Green fireworks are a result of barium salts exploding in the sky.

Most green fireworks are made from barium nitrate, which is toxic to inhale, so it's not used for much else, though it can be an ingredient in grenades. 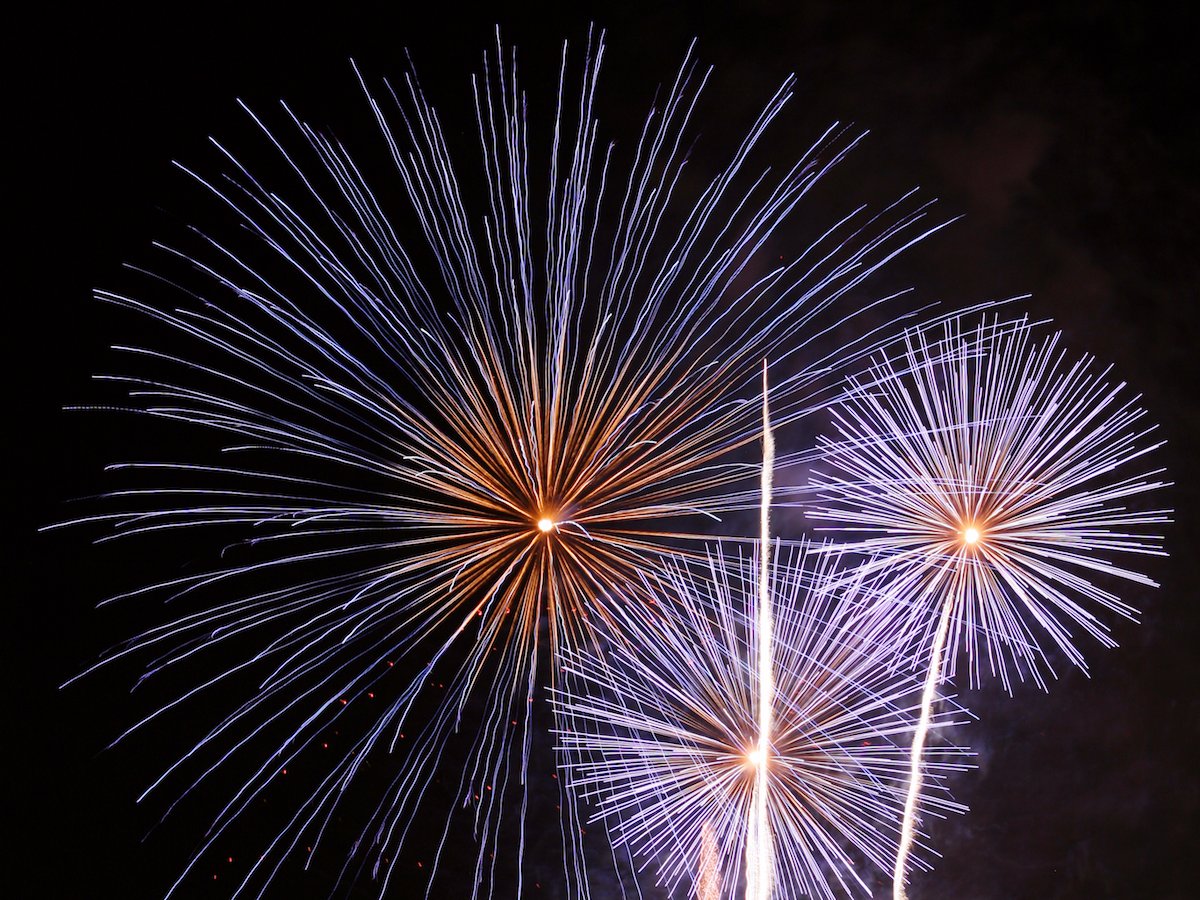 Blue hues are still the biggest challenge for fireworks makers to produce. They're made from copper.

"Blue is still kind of the unicorn of fireworks manufacturing," Tockstein said. The temperature of the flame has to be very precise, otherwise you lose the colouring."

"There's kind of a physics and chemistry limitation that prevents you from getting a good blue," he said.

White light is made from aluminium or magnesium.

These chemical elements have some of the highest burn temperatures. By adding them in to other colour creations, you can create lighter hues.

You can also mix different elements to create even more colours.

Combinations of copper and strontium give you purplish hues.

Glittering golden chandeliers use one of the oldest fireworks ingredients around: carbon.

A newer effect in fireworks is called "ghosting": It's basically a layering system of rolling different colours on top of each other inside each shell.

Some of the fancier ghosting displays can make colours look like they're dancing and moving.

"It's more of the artistic side of pyro," Tockstein said.

Eventually, what goes up must come down. The firework shell that brought lights into the sky falls to the ground as burnt cardboard.

Tockstein said that's one of the main reasons to enjoy fireworks shows at a distance.

"A shell itself is basically a sphere of cardboard," he said.

Once the shell breaks, it falls to the ground as charred remains. It's perhaps the least exciting part of the show, but for the people setting everything up, it's a sign the end of a long workday is near.

A version of this article was originally published in July 2018.