Watch: Here's How The American Lifestyle Really Compares to The Rest of The World

With 7.5 billion people currently occupying our planet, it's almost crazy to think how much visibility is afforded to the culture and lifestyle of just 323 million Americans. But what would the world be like if everyone lived like that?

Well, we totally have data to find out. From having loads more sex to spending an insane amount of time in cars, a recent AsapSCIENCE video delves into some stats to show what it would be like if everyone lived like Americans do.

As a global superpower, the United States not only have a huge influence worldwide, but also stands out in several areas, as the video below clearly shows:

It appears that people in the US generally have a pretty good lifespan despite being a bit older on average, but they have some pretty staggering statistics in terms of consumption, including the fact Americans eat double the meat than the world average.

In fact, in terms of diet, Americans really do knock it out of the ballpark, with the highest intake of calories, sugars, and fats amongst 16 other wealthiest countries in the world.

On top of that, Americans are also by far the biggest consumers of Coca Cola products, with the average person drinking 403 of these a year (that's more than one a day), in contrast to the worldwide average of just 92 products.

At 10 litres (2.6 gallons) per day, the American lifestyle also relies heavily on oil, although surprisingly, AsapSCIENCE found that the average Canadian actually uses a tiny bit more oil every day than the average American.

But can we really take a bunch of statistics and turn them into an estimate of what would happen if everyone else lived just like that?

As AsapSCIENCE explains in the video, there's actually a measurement called the 'global hectare', a unit which allows us to compare the use of natural resources to their consumption in a globally standardised way.

Global hectares are used to express the Ecological Footprint, which measures whether our lifestyle is at risk of overblowing the biocapacity of where we live. (Annually, the Global Footprint Network marks the date of Earth Overshoot Day, which indicates when we've used up all the resources our planet can regenerate in a year.) 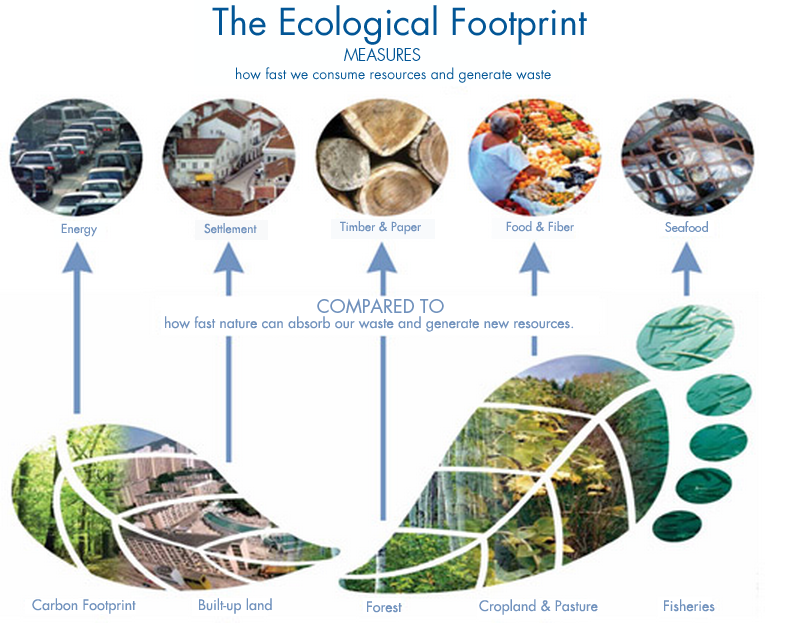 "You can imagine, if we all lived like Americans, it would be catastrophic," AsapSCIENCE's team concludes in the video.

"In fact, we would need 4.2 Earths in order to sustain everyone living like an American."