From finding the building blocks for life on Mars to breakthroughs in gene editing and the rise of artificial intelligence, here are six major scientific discoveries that shaped the 2010s - and what leading experts say could come next

We don't yet know whether there was ever life on Mars - but thanks to a small, six-wheeled robot, we do know the Red Planet was habitable.

The proof has since multiplied, showing there was in fact a lot of water on Mars - the surface was covered in hot springs, lakes, and maybe even oceans.

And so the hunt continues for signs that Earth-based life is not (or wasn't always) alone.

"Going into the coming decade, Mars research will shift from the question 'Was Mars habitable?' to 'Did (or does) Mars support life?'" said Emily Lakdawalla, a geologist at The Planetary Society.

We had long thought of the little corner of the Universe that we call home as unique, but observations made thanks to the Kepler space telescope blew apart those pretensions.

Launched in 2009, the Kepler mission helped identify more than 2,600 planets outside of our Solar System, also known as exoplanets - and astronomers believe each star has a planet, meaning there are billions out there.

Kepler's successor TESS was launched by NASA in 2018, as we scope out the potential for extraterrestrial life.

Expect more detailed analysis of the chemical composition of these planets' atmospheres in the 2020s, said Tim Swindle, an astrophysicist at the University of Arizona.

We also got our first glimpse of a black hole this year thanks to the groundbreaking work of the Event Horizon Telescope collaboration. 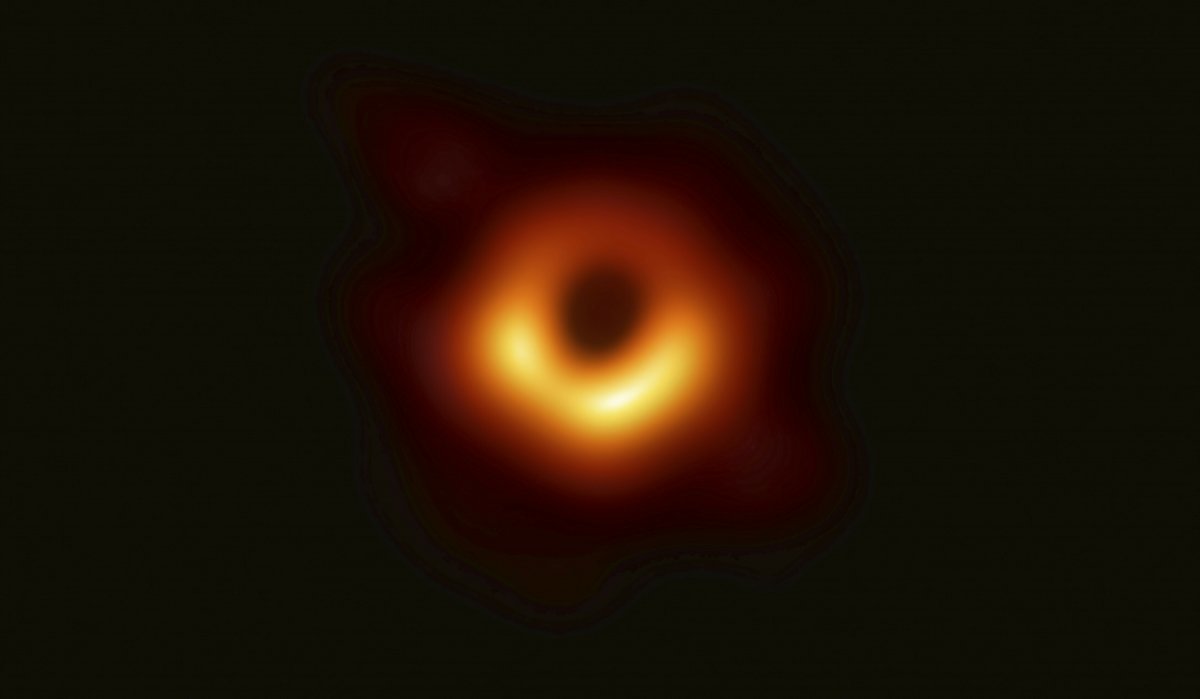 "What I predict is that by the end of the next decade, we will be making high quality real-time movies of black holes that reveal not just how they look, but how they act on the cosmic stage," Shep Doeleman, the project's director, told AFP.

But one event from the decade undoubtedly stood above the rest: the detection for the first time on September 14, 2015 of gravitational waves, ripples in the fabric of the universe.

The collision of two black holes 1.3 billion years earlier was so powerful it spread waves throughout the cosmos that bend space and travel at the speed of light. That morning, they finally reached Earth.

The phenomenon had been predicted by Albert Einstein in his theory of relativity, and here was proof he was right all along.

Three Americans won the Nobel prize in physics in 2017 for their work on the project, and there have been many more gravitational waves detected since.

Cosmologists meanwhile continue to debate the origin and composition of the universe. The invisible dark matter that makes up its vast majority remains one of the greatest puzzles to solve.

"We're dying to know what it might be," said cosmologist James Peebles, who won this year's Nobel prize in physics.

Welcome to the CRISPR era

Clustered Regularly Interspaced Short Palindromic Repeats (CRISPR) - a family of DNA sequences - is a phrase that doesn't exactly roll off the tongue.

But the field of biomedicine can now be divided into two eras, one defined during the past decade: before and after CRISPR-Cas9 (or CRISPR for short), the basis for a gene editing technology.

"CRISPR-based gene editing stands above all the others," William Kaelin, a 2019 Nobel prize winner for medicine, told AFP.

In 2012, Emmanuelle Charpentier and Jennifer Doudna reported that they had developed the new tool that exploits the immune defense system of bacteria to edit the genes of other organisms.

It is much simpler than preceding technology, cheaper and easy to use in small labs.

Charpentier and Doudna were showered in awards. but the technique is also far from perfect and can create unintended mutations.

Experts believe this may have happened to Chinese twins born in 2018 as a result of edits performed by a researcher who was widely criticized for ignoring scientific and ethical norms.

Still, CRISPR remains one of the biggest science stories of recent years, with Kaelin predicting an "explosion" in its use to combat human disease.

Immunotherapy to the fore

The 2010s saw the rise of a fourth, one that was long doubted: immunotherapy, or leveraging the body's own immune system to target tumor cells.

One of the most advanced techniques is known as CAR T-cell therapy, in which a patient's T-cells - part of their immune system - are collected from their blood, modified and reinfused into the body.

A wave of drugs have hit the market since the mid-2010s for more and more types of cancer including melanomas, lymphomas, leukemias and lung cancers - heralding what some oncologists hope could be a golden era.

For William Cance, scientific director of the American Cancer Society, the next decade could bring new immunotherapies that are "better and cheaper" than what we have now.

The decade began with a major new addition to the human family tree: Denisovans, named after the Denisova Cave in the Altai Mountains of Siberia.

Scientists sequenced the DNA of a female juvenile's finger bone in 2010, finding it was distinct both from genetically modern humans and Neanderthals, our most famous ancient cousins who lived alongside us until around 40,000 years ago.

The mysterious hominin species is thought to have ranged from Siberia to Indonesia, but the only remains have been found in the Altai region and Tibet.

We also learned that, unlike previously assumed, Homo sapiens bred extensively with Neanderthals - and our relatives were not the brutish simpletons previously assumed but were responsible for artworks, such as the handprints in a Spanish cave they were credited for crafting in 2018.

They also wore jewelry, and buried their dead with flowers - just like we do.

Next came Homo naledi, remains of which were discovered in South Africa in 2015, while this year, paleontologists classified yet another species found in the Philippines: a small-sized hominin called Homo luzonensis.

Advances in DNA testing have led to a revolution in our ability to sequence genetic material tens of thousands of years old, helping unravel ancient migrations, like that of the Bronze Age herders who left the steppes 5,000 years ago, spreading Indo-European languages to Europe and Asia.

"This discovery has led to a revolution in our ability to study human evolution and how we came to be in a way never possible before," said Vagheesh Narasimhan, a geneticist at Harvard Medical School.

One exciting new avenue for the next decade is paleoproteomics, which allows scientists to analyze bones millions of years old.

"Using this technique, it will be possible to sort out many fossils whose evolutionary position is unclear," said Aida Gomez-Robles, an anthropologist at University College London. 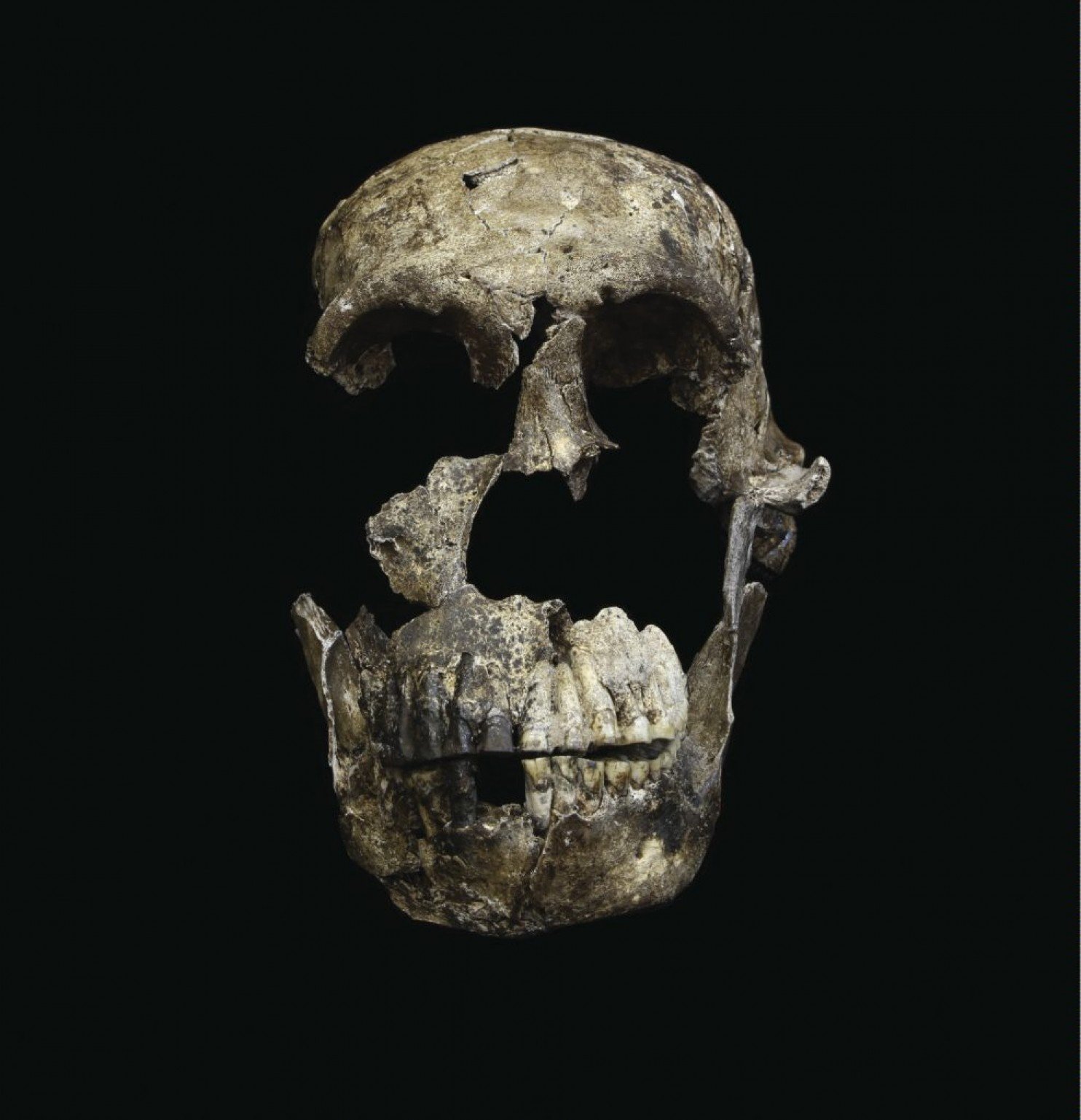 "Neo" skull of Homo naledi from the Lesedi Chamber. (John Hawks/University of the Witwatersrand)

Machine learning - what we most commonly mean when talking about "artificial intelligence" - came into its own in the 2010s.

Using statistics to identify patterns in vast datasets, machine learning today powers everything from voice assistants to recommendations on Netflix and Facebook.

So-called "deep learning" takes this process even further and begins to mimic some of the complexity of a human brain.

It is the technology behind some of the most eye-catching breakthroughs of the decade: from Google's AlphaGo, which beat the world champion of the fiendishly difficult game Go in 2017, to the advent of real-time voice translations and advanced facial recognition on Facebook.

In 2016, for example, Google Translate - launched a decade earlier - transformed from a service that provided results that were stilted at best, nonsensical at worst, to one that offered translations that were far more natural and accurate.

At times, the results even seemed polished.

"Certainly the biggest breakthrough in the 2010s was deep learning - the discovery that artificial neural networks could be scaled up to many real-world tasks," said Henry Kautz, a computer science professor at the University of Rochester.

"In applied research, I think AI has the potential to power new methods for scientific discovery," from enhancing the strength of materials to discovering new drugs and even making breakthroughs in physics, Kautz said.

For Max Jaderberg, a research scientist at DeepMind, owned by Google's parent company Alphabet, the next big leap will come via "algorithms that can learn to discover information, and rapidly adapt and internalize and act on this new knowledge," as opposed to depending on humans to feed them the correct data.

That could eventually pave the way to "artificial general intelligence", or a machine capable of performing any tasks humans can, rather than excelling at a single function.