This Pacific Island Appeared Only 3 Years Ago, And Could Be Doomed Already

Three years ago, the place you're reading about now did not exist.

Then, suddenly, an underwater volcano erupted in the middle of the South Pacific, and by the time the smoke and ash cleared, a new land mass stood revealed – an island that no-one had ever seen before.

That's how the volcanic island of Hunga Tonga-Hunga Ha'apai (Hunga Tonga) came into the world in January 2015, nestling in between two existing, uninhabited Polynesian islands that make up part of the Kingdom of Tonga.

In the last 150 years, only three volcanic islands have emerged like this and survived for more than a few months, with the most famous of them being Surtsey – which appeared off the southern coast of Iceland during a four-year eruption that began in 1963. 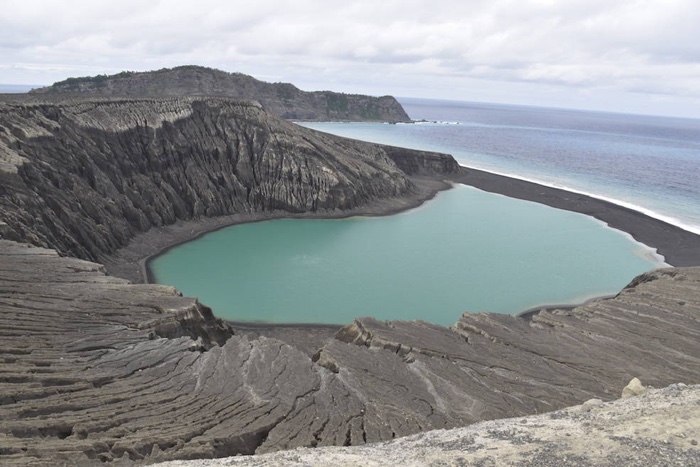 Scientists have studied Surtsey for decades, but Hunga Tonga – informally named after the submarine volcano above which it sits – is set apart by being the only kind of island like this to emerge in the era of the modern satellite, which gives us a whole new way of studying how these rocky land masses evolve.

For example, just for fun, if you do a search for 'Hunga Tonga' in Google Maps' regular Maps view, you'll see an outdated illustration of two islands separated by an expanse of blue water.

But if you flick the switch to Satellite view, the newly born island is revealed in all its glory.

That kind of perspective is what intrigues scientists, who are using satellite data to learn what they can about such volcanic upstarts, before erosion inevitably sees Hunga Tonga vanish away again under the waves.

"There's a huge amount of material that came out from this eruption, possibly larger than at Surtsey," says geologist Vicki Ferrini from Columbia University, who is studying the island with researchers from NASA.

"The other interesting thing is that the two islands that surround this new land mass have some pretty tough substrate, so there's something happening to help make this solidify and stay in place, chemically."

Initially, scientists estimated Hunga Tonga might only last for a few months before disappearing, but researchers now think the island – which covers some 200 hectares (nearly 500 acres) and extends as high as 120 metres (400 feet) above the ocean – could survive for as long as 30 years.

Using satellite data updated in real time, the team is developing 3D maps of the island's topography, studying its shifting coastlines and the amount of its land that sits above sea level.

"Our interest is to calculate how much the 3D landscape changes over time, particularly its volume," says the chief scientist of NASA's Goddard Space Flight Centre, Jim Garvin, who spent his formative years studying Surtsey.

"It's the first step to understand erosion rates and processes and to decipher why it has persisted longer than most people expected."

The insights gleaned won't just tell us things about how pop-up islands sitting in the South Pacific bide their time. It could also inform us about the behaviour of volcanic land forms that exist much, much farther away.

"Everything we learn about what we see on Mars is based on the experience of interpreting Earth phenomena," says Garvin.

"We think there were eruptions on Mars at a time when there were areas of persistent surface water. We may be able to use this new Tongan island and its evolution as a way of testing whether any of those represented an oceanic environment or ephemeral lake environment." 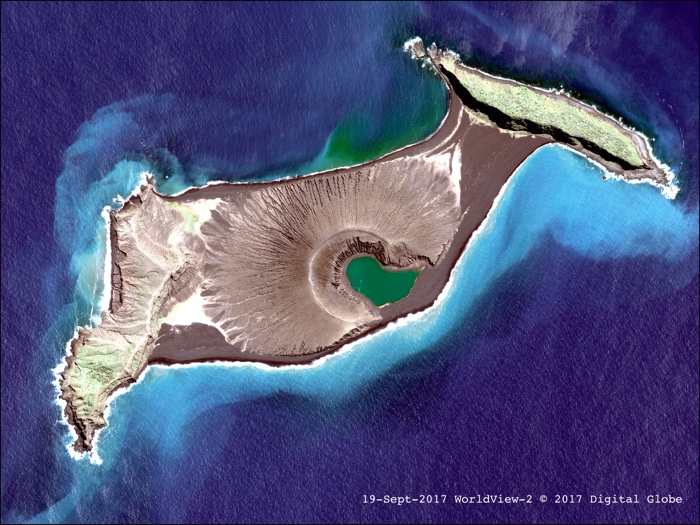 It's a somewhat fantastic premise, but NASA thinks Honga Tonga's unique geography could provide a new model for investigations into the history of water on Mars, which could help us understand if life ever existed – or yet does – on the Red Planet.

But time is short.

Nobody knows for sure how long this volcanic island will stand, but similarly, nobody thinks it will be forever, with Honga Tonga's unstable cliffs of solidified ash expected to erode entirely in the years ahead.

So the impetus is on scientists to learn what they can from the 'baby island' before the waves claim it once more.

"This island is fighting for its life," Garvin told the media this week.

"And our predictions suggest we've got potentially another decade [or more] to watch this thing evolve from space."

The findings were presented at the 2017 Fall Meeting of the American Geophysical Union in New Orleans this week.