How to Watch This Friday's Penumbral Lunar Eclipse

Are you cursing the June Full Moon as it thwarts your dreams of deep-sky imaging this week?

Fear not; said Moon is actually the first astronomical draw for June 2020, as this coming weekend's Full Moon marks the start of the second eclipse season for 2020, with a penumbral lunar eclipse.

The eclipse occurs on June 5 from 17:45 Universal Time (UT) to 21:04 UT, and is visible from Europe and Africa eastward to Asia and Australia. Maximum eclipse occurs at 19:26 UT, with the Moon 59 percent immersed in the umbral shadow of the Earth.

The entire duration of the eclipse is 3 hours 18 minutes and 13 seconds.

Only North America misses out on the eclipse entirely.

Unlike the dramatic reddening of the Moon seen during totality when the Moon slides through the inner dark umbra of the Earth's shadow, penumbral eclipses are subtle affairs.

The Moon's orbit is inclined about five degrees relative to the ecliptic plane; otherwise, we'd see at least two eclipses - one lunar and one solar - every month.

During a penumbral eclipse such as Friday's, however, the Moon just nicks the outer shadow of the Earth. At most, expect to see a slight shading on the southern limb of the Moon at maximum eclipse. The color of the Moon near mid-eclipse may take on a tea-colored appearance, instead of its usual pearly, bone-white hue. 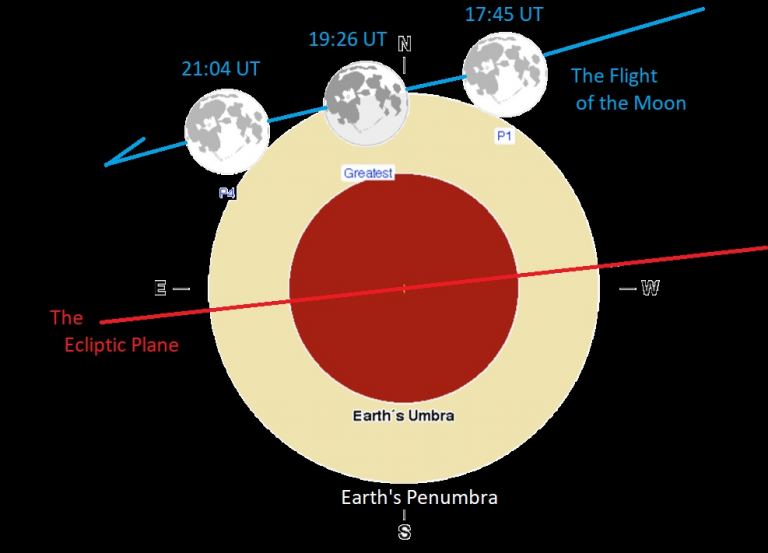 The flight of the Moon through the Earth's shadow during Friday night's eclipse. (Adapted from NASA/GSFC diagram, w/annotations)

Would you notice anything was amiss with the Moon during mid-penumbral eclipse, if you didn't know better? Though subtle, you can see the difference in the color of the Moon photographically before, during and after the eclipse.

This is a fun and easy way to document a penumbral eclipse, using nothing more than a tripod-mounted DSLR with at least a minimum 200mm focal length lens, or simply by holding up a smartphone camera to the eyepiece of a telescope.

And speaking of smartphones, a free app such as Color Grab can pick up this change in color as well.

Before and during. (Dave Dickinson)

This eclipse crosses through the zenith for the southern Indian Ocean off the eastern coast of Madagascar at mid-'penumbralarity,' making this remote site at sea the best site to spy the eclipse high above the murk of the lower atmosphere.

This is also one of two penumbral eclipses that bracket eclipse season two of three for 2020 - the most that are possible in one year. An eclipse season occurs when we have a syzygy, aligning the Sun, Earth and the nodes where the Moon's orbit intersects the ecliptic plane.

The center of this eclipse season is marked by an annular eclipse on June 21 crossing southern Asia. The end of the season sees another penumbral lunar eclipse on July 5, favoring the Americas.

Penumbral shadows are a function of the structure of the shadow of Earth cast back onto the Moon. If the Sun were a pinpoint light source infinitely far away, this shadow would have basically sharp distinct edges; instead, the outer penumbra is a region where only a portion of the Sun is obscured as seen from the Moon.

An easy way to think of it is to imagine the scene of Friday's penumbral eclipse from the surface of the Moon, where you'd witness a partial solar eclipse: 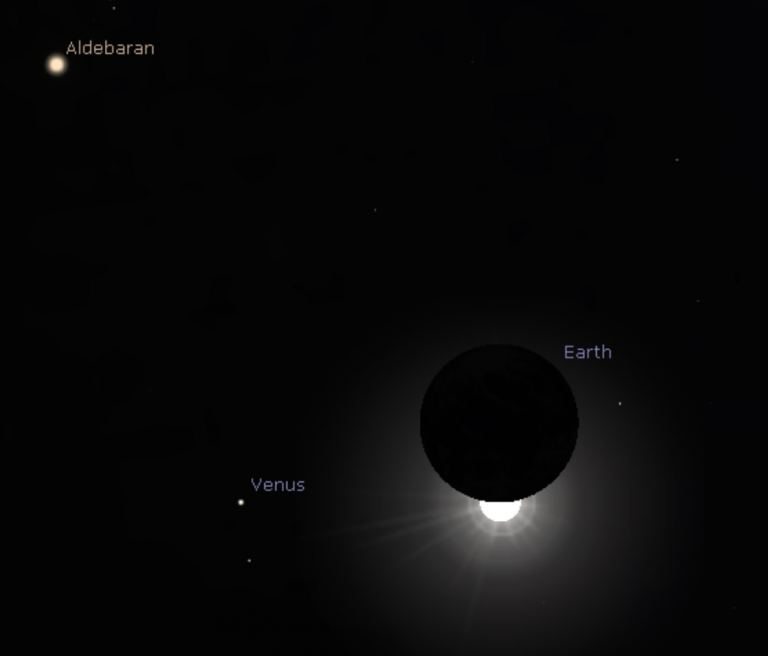 The view from the Moon during Friday night's eclipse. (Stellarium)

Tales of the Saros

On any given year, several saros cycles are active. This week's eclipse is member 67 of 71 eclipses in lunar eclipse saros 111, which started way back on June 10, AD 830. This saros is on its way out, as it produced its final total lunar eclipse on August 4, 1533, and will end with a shallow penumbral on July 19, 2092.

Clouded out, or simply live on the wrong continent to observe Friday night's eclipse? The good folks at the Virtual Telescope Project 2.0 have got you covered, with a live webcast of the eclipse hosted by astronomer Gianluca Masi starting at 19:00 UT/3:00 PM EDT: 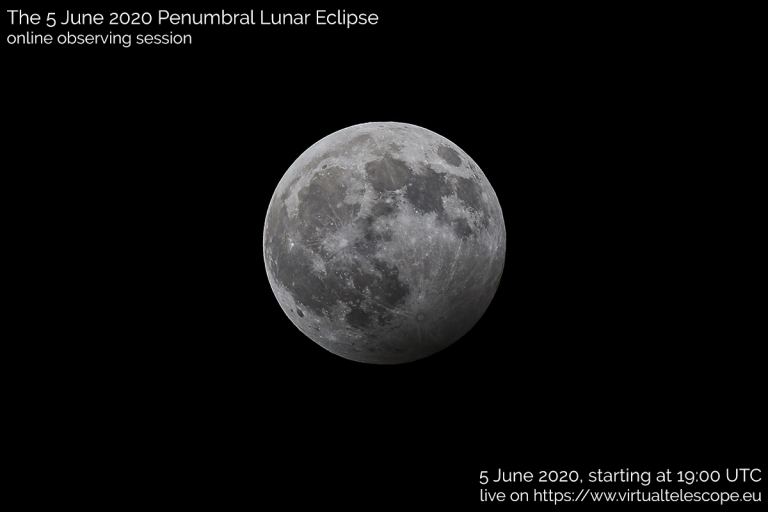 All four lunar eclipses for 2020 are penumbral only, but take heart: we're less than a year out now from the return of lunar totality to North America and the Pacific Rim region on 26 May 2021.

For sure, Penumbrals aren't the most amazing eclipses to see, but in a time that sees many of us curtailing our travel plans astronomical and otherwise, we'll take whatever celestial action we can get.