How to Watch This Week's Breathtaking 'Ring of Fire' Solar Eclipse

On September 1, as a dark shadow falls across the morning sky, a burning ring of fire will rise over Africa.

No, it isn’t heralding an apocalypse or any other brand of worldwide catastrophe (as far as we know). And there certainly won’t be any circus performers riding tigers through it. Instead, this astronomical phenomenon will be a result of something called an annular solar eclipse.

A solar eclipse occurs during a new moon, when the Moon is sandwiched in a perfect line between Earth and the Sun, and the side of the Moon facing us is nothing but a shadow.

In a total eclipse the Moon’s path carries it directly in front of the Sun, where it blocks out all of the light and leaves nothing but the faint white ring of the Sun’s corona. 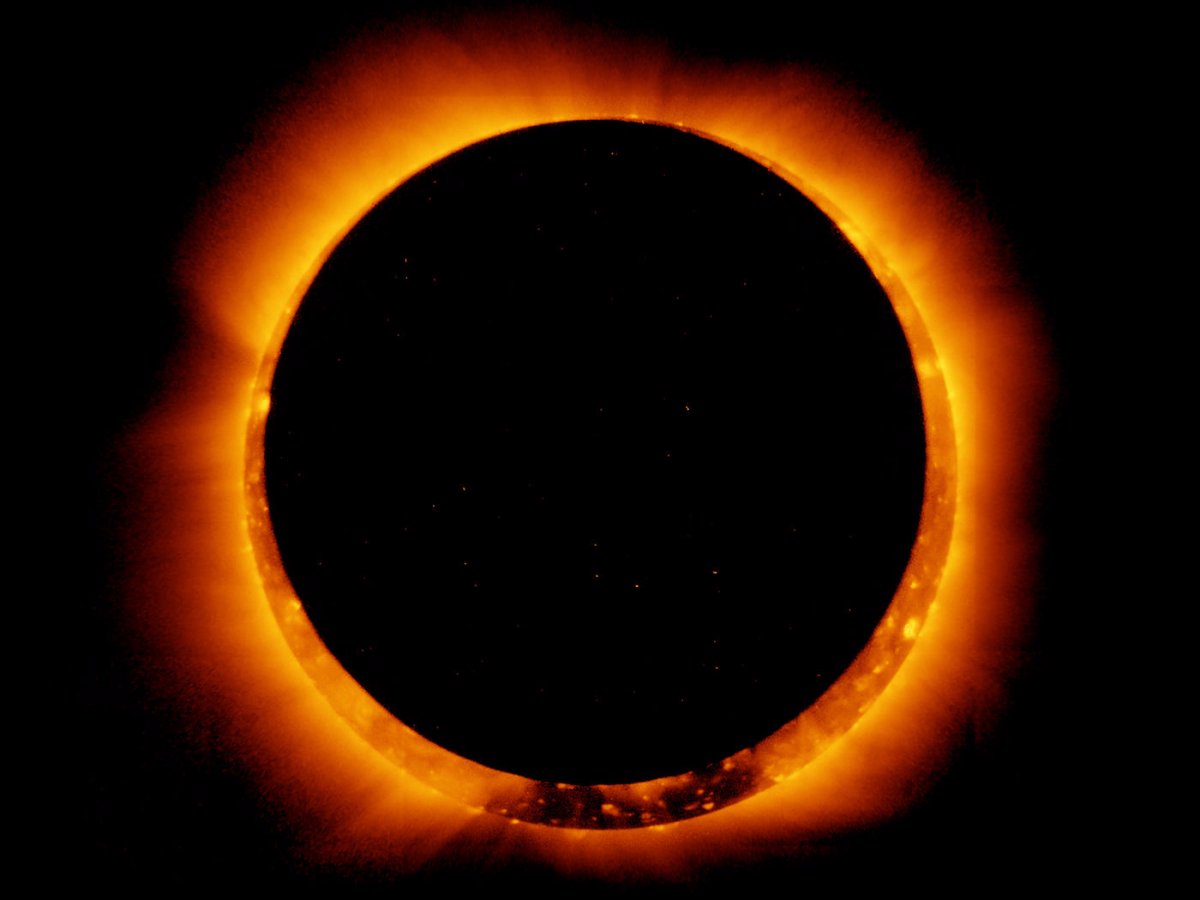 In an annular eclipse, the Moon passes directly in front of the Sun, but because of the Moon’s elliptical orbit, it’s a little too distant and small-seeming to obscure the entire Sun.

So when the smallish Moon sits in the centre of our giant, fiery star, it leaves a blazing circle of light in the sky - a ring of fire. 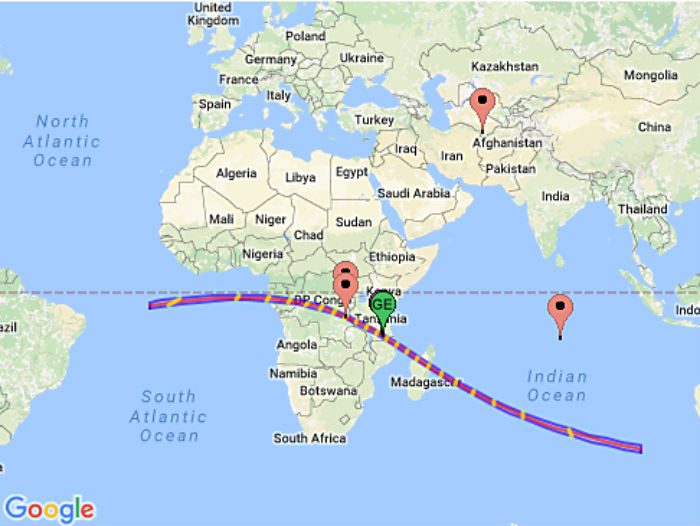 September’s spectacular annular eclipse will only be visible for about 10 minutes along a very thin line through the African continent.

The eclipse will begin on one end of the continent, and end on the other side, off the coast of Madagascar.

But observers in the rest of the world won’t be completely left in the dark. Slooh, an online observatory, will be offering live coverage of the event, offering as many different views as possible.

The broadcast will feature solar scientists, Slooh astronomers, and cultural experts to "help bring a deeper understanding to solar eclipses and their place in the larger culture of mankind". 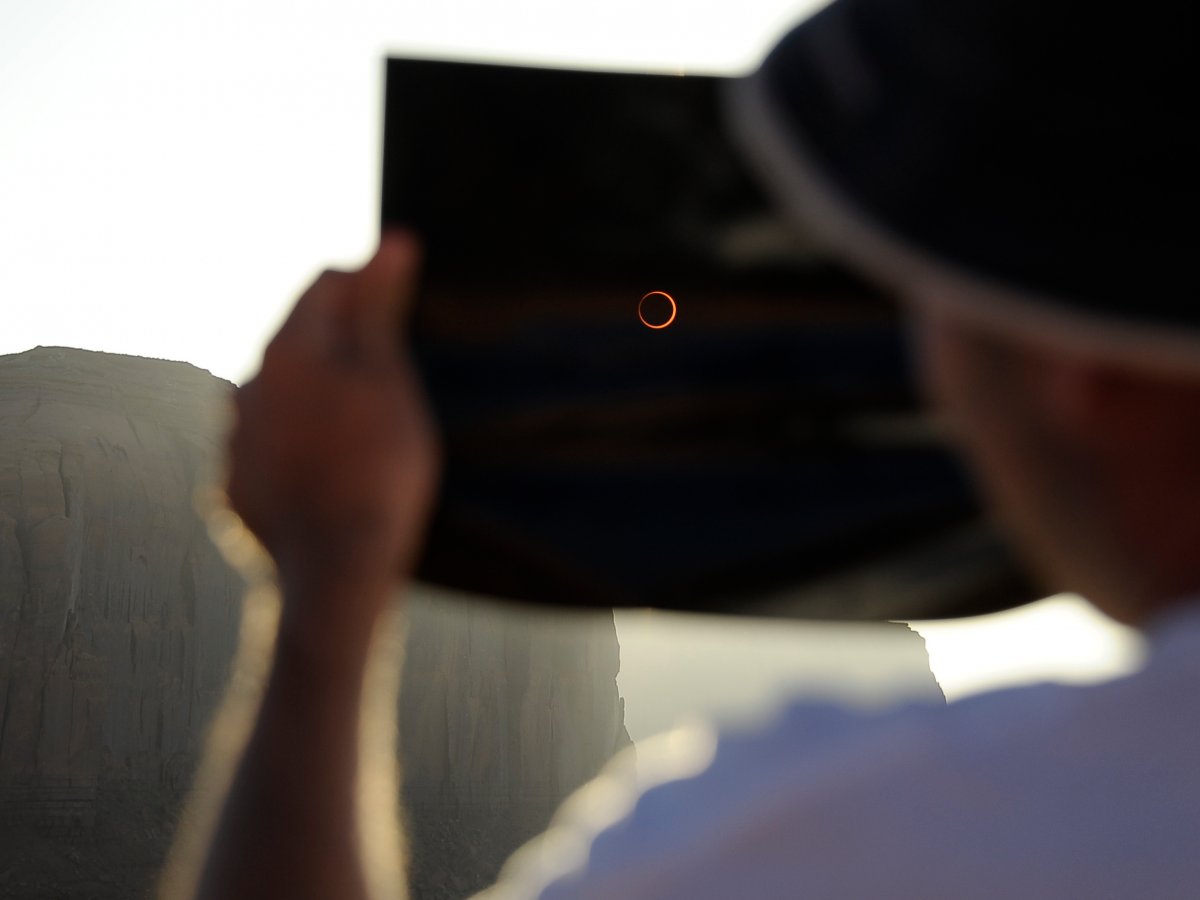 Even though the Moon is covering most of the Sun’s light, that ring of fire will still flood your eyes with a tremendous amount of radiation. A measly 1 percent of the Sun’s light is still intense enough to burn your retina, which is the part of your eye that converts light into signals.

To avoid nasty conditions like permanent eye damage and blindness, you should probably sport some protective eyewear (something a little more substantial than sunglasses) such as eclipse glasses.

Or if you want to play it super safe, you can just check out the livestream from Slooh on Thursday, September 1, at 2:30am EST.