Ice Cores Reveal Huge Volcanic Eruptions, Bigger Than Anything in The Last 2,500 Years

Scientists studying ice cores packing in some 60,000 years of history have found signs of thousands of volcanic eruptions across that time, stretching back to the last Ice Age – with 25 of the eruptions larger than anything Earth has seen in the last 2,500 years.

That evidence takes the form of sulfuric acid deposits left behind by the eruptions. It gives researchers clues as to just how large and impactful particular volcanoes have been. 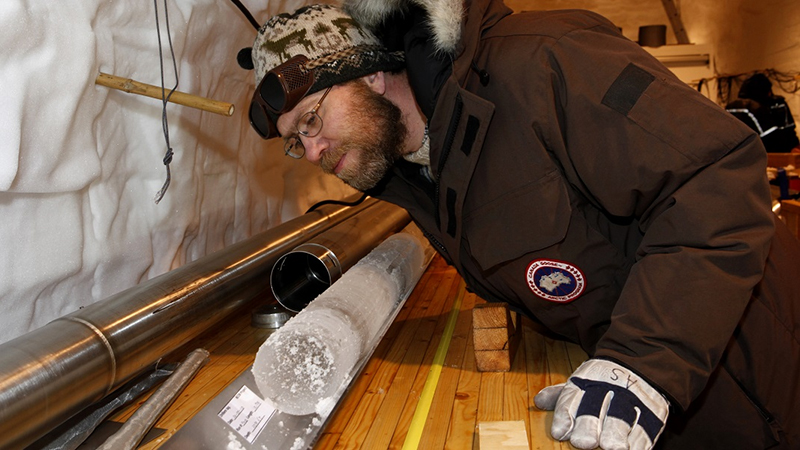 "To reconstruct ancient volcanic eruptions, ice cores offer a few advantages over other methods," says physicist Anders Svensson from the University of Copenhagen in Denmark.

"Whenever a really large eruption occurs, sulfuric acid is ejected into the upper atmosphere, which is then distributed globally – including onto Greenland and Antarctica. We can estimate the size of an eruption by looking at the amount of sulfuric acid that has fallen."

Using the Volcanic Explosivity Index (VEI), which ranges from a low of 1 to a high of 8, the team found 69 volcanic eruptions that exceeded the 1815 Tambora eruption (VEI 7) – an event that was enough to block out sunlight and initiate a period of global cooling.

VEI 7 eruptions happen around once or twice every thousand years, so we might not have much of a wait until the next one. As for the next VEI 8 eruption, it could be in a hundred years or a few thousand years, according to the researchers.

The eruptions logged in the ice cores would have been much bigger in every sense than the ones in living memory and more catastrophic in terms of their impact on the planet. The research fills in some of the blanks in Earth's volcanic record, a record that before now has been a bit fuzzy beyond 2,500 years ago.

"The new 60,000-year timeline of volcanic eruptions supplies us with better statistics than ever before," says Svensson.

"Now, we can see that many more of these great eruptions occurred during the prehistoric Ice Age than in modern times. Because large eruptions are relatively rare, a long timeline is needed to know when they occur. That is what we now have."

The researchers built on previous work synchronizing timescales across ice cores taken from different poles – enabling them to more accurately identify the eruptions that had significant effects in both Antarctica and Greenland.

The research is more than just a history lesson. Ice cores also capture temperatures before and after eruptions, giving us a window into their effect on the global climate. The biggest events can cause cooling for 5-10 years after the actual eruption.

Knowing how sensitive Earth's climate is to major events like those documented in the ice cores can inform future climate models – whether those models are looking at the next volcanic eruption or the ongoing impact of rising carbon dioxide levels in the atmosphere.

"Ice cores contain information about temperatures before and after the eruptions, which allows us to calculate the effect on climate," says Svensson. "As large eruptions tell us a lot about how sensitive our planet is to changes in the climate system, they can be useful for climate predictions."

The research has been published in Climate of the Past.