If there is one thing social media teaches us today, it's not to leave naming rights up to the hive mind.

Move over Boaty McBoatface – a group of aurora enthusiasts have given a newly discovered atmospheric phenomenon the name 'Steve', because ... well what else are we going to call a mysterious glowing light in the sky?

Before you assume Steve is named after Professor Hawking or the theoretical physicist Steven Weinberg, the Facebook group Alberta Aurora Chasers were instead inspired by a scene in the animated movie Over the Hedge, in which one of the characters gives a hedge that name to make it seem less scary.

Not that there is anything terrifying about this Steve –  a number of stunning images of the ribbon of flickering light in the northern hemisphere were shared on the Facebook group last year, considered by some of the members to be a proton aurora.

Just check out below how awesome Steve looks in all his glory. 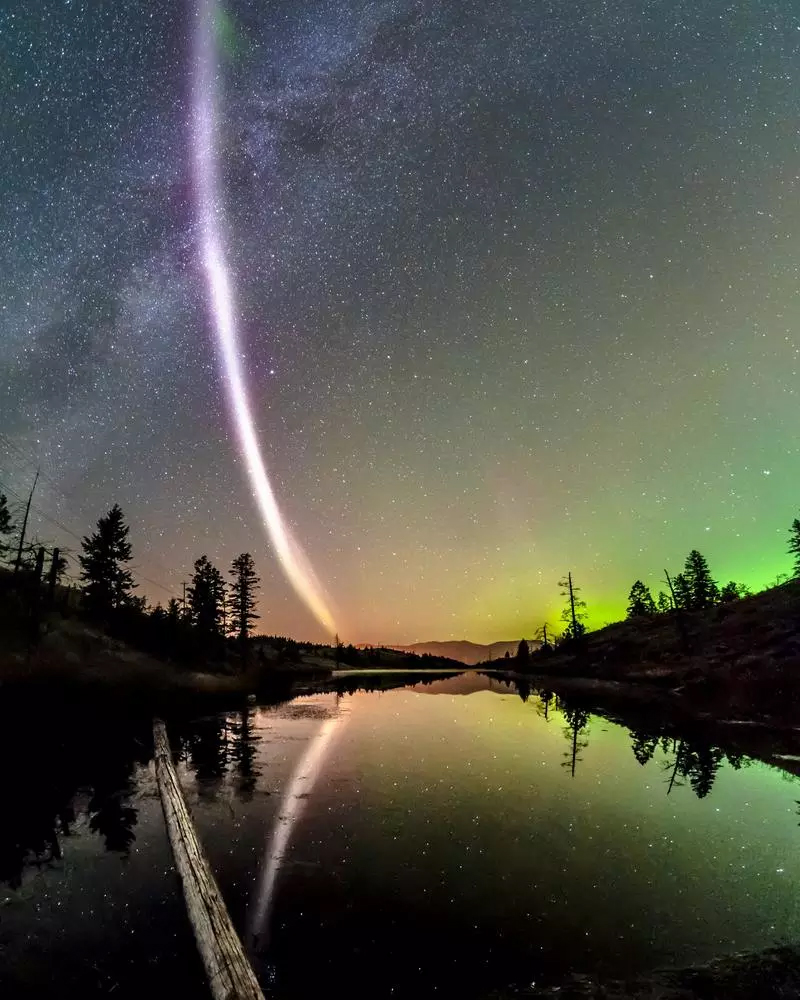 You might be familiar with the more 'normal' kinds of auroras, which are the flickering curtains of light in the skies above our planet's poles, caused by streams of charged particles channelled down by the Earth's magnetic field, where they bash into the atmosphere.

As electrons hit the different gases, we can see them emit different colours of light, producing what are colloquially called the Southern and Northern lights.

Protons can hit the gases as well, but while the electrons they bump loose can cause light to spill down, the wavelengths emitted by the proton collisions themselves aren't visible.

Physicist Eric Donovan from the University of Calgary in Canada understood this subtle difference, so wasn't convinced the pictures were of proton auroras. Steve had to be something else.

Combining information on the times and locations of Steve with data gathered by the ESA's Swarm magnetic field mission, Donovan began to piece together some of the phenomenon's unusual characteristics.

Donovan told Gizmodo's George Dvorsky that while they have some idea about what might be causing the immense spike in temperature inside Steve, he and his colleagues are keeping the details under their hat until they publish.

Since the first images were posted, more than 50 new reports of Steve have been shared.

Check out the video below of some images of Steve posted by Aurorasaurus:

While this beautiful cousin to the aurora might be new to scientists, it's certainly not because it's a rare phenomenon.

"It turns out that Steve is actually remarkably common, but we hadn't noticed it before. It's thanks to ground-based observations, satellites, today's explosion of access to data and an army of citizen scientists joining forces to document it," says Donovan.

Social media, amateur blogs, and dedicated citizen-science projects are providing researchers with observations and crowd-sourced mind-power like never before, allowing scientists to spot everything from new species to new planets.

Steve mightn't even be all that bad for a name – one of the Alberta Aurora Chasers group members even suggested it could become an acronym for Strong Thermal Emission Velocity Enhancement.

That's something we couldn't do quite so easily with Boaty McBoatface.