The Only Mammal Native to Great Barrier Reef Has Gone Extinct, And We Know The Culprit

Years ago, the small, ratlike rodents could be seen scurrying across the sand and coral rubble on the Australian island of Bramble Cay.

Fishermen would sometimes see them while visiting the island, which is dotted with a few grass clumps, shorebirds and nesting sea turtles in the Great Barrier Reef.

As mackerel fisherman Egon Stewart told Queensland scientists in a 2016 report, around 2009 there had been "a heap of sticks and a smashed up dug-out canoe at the northwestern end of the island." When Stewart flipped over the pile, a few of the furry critters took flight across the island.

This was the last time, researchers believe, anyone saw a Bramble Cay melomys, a rodent round in body, long in whisker and lumpy in tail.

Researchers have suspected for a while that the Melomys rubicola had become the first mammal to go extinct because of human-made climate change, and, earlier this week, the Australian government confirmed it.

Australian Environment Minister Melissa Price released a statement Monday noting the Melomys rubicola had been moved from the "endangered category" to the "extinct category" - confirming what Queensland scientists had concluded some years ago.

The Queensland state government had made that same determination in 2016.

Geoffrey Richardson, assistant secretary in the Department of the Environment and Energy, told Senate members Monday that for the past five years, researchers have been unable to find melomys on Bramble Cay, nestled in the Torres Strait, between Queensland and Papua New Guinea, according to the Sydney Morning Herald.

Richardson said the new distinction "was not a decision to take lightly," as it would mean the mammal would no longer receive government protection. "There's always a delay while the evidence is gathered to be absolutely certain," he said, according to the Herald.

Sen. Janet Rice, a Greens party member who is leading a Senate inquiry into Australia's threatened-species crisis, said on Twitter the Bramble Cay melomys is the "first mammal in world to go extinct from climate change on this gov's watch. A huge tragedy."

I questioned the enviro department about what lessons they learnt from the Bramble Cay Melomys extinction.

Pretty clear they and the govt have learnt NOTHING and will continue with the business as usual approach.#wildoz #auspol #greenshttps://t.co/EfYa9eCknp

Price said it is "incredibly disappointing when any species is formally declared extinct, and everybody has feared the worst for some time, given the Bramble Cay melomys hasn't been sighted since 2009," according to the Herald.

The first recorded Bramble Cay melomys sightings date to the 1800s. In 1978, researchers estimated several hundred rodents lived on the island, but the numbers dropped to the double digits by 1998, Queensland scientists Ian Gynther, Natalie Waller and Luke Leung noted in the 2016 report.

Twelve of the rodents were caught in November 2004; in December 2011, scientists looking for them turned up empty-handed.

For the report, which used survey methods consisting of nocturnal traps as well as daytime searches, no sign of a melomys was to be found - no critter, paw print or pellet.

"The results reported here, from thorough survey, confirm that the Bramble Cay melomys no longer occurs at the only site from which it has ever been reliably reported," the scientists wrote in 2016.

It was, in all likelihood, death from a lack of resources.

In the decade between 2004 and 2014, the volume of leafy plants on Bramble Cay shrank by 97 percent, the authors say. Without plants providing food and shelter, the scientists believe, the rodents succumbed to local extinction.

The lack of plants, in turn, was probably caused by a rising sea that swept over the island during storms and high tides - ocean inundation, as the scientists call it.

Bramble Cay is flat, rising no more than nine feet above sea level at its highest point. Based on observations of erosion, scattered driftwood and dead plants, the authors concluded, "Bramble Cay has been subjected to repeated episodes of seawater inundation."

The scientists also note that data from tides and satellites indicate the average sea level in the area has risen a quarter-inch per year.

After the Australian government's decision this week on the animal's extinction, Queensland Environment Minister Leeanne Enoch said it shows that "we are living the real effects of climate change right now," according to the Herald.

"How many more species do we have to lose for the federal government to take action?" she asked. 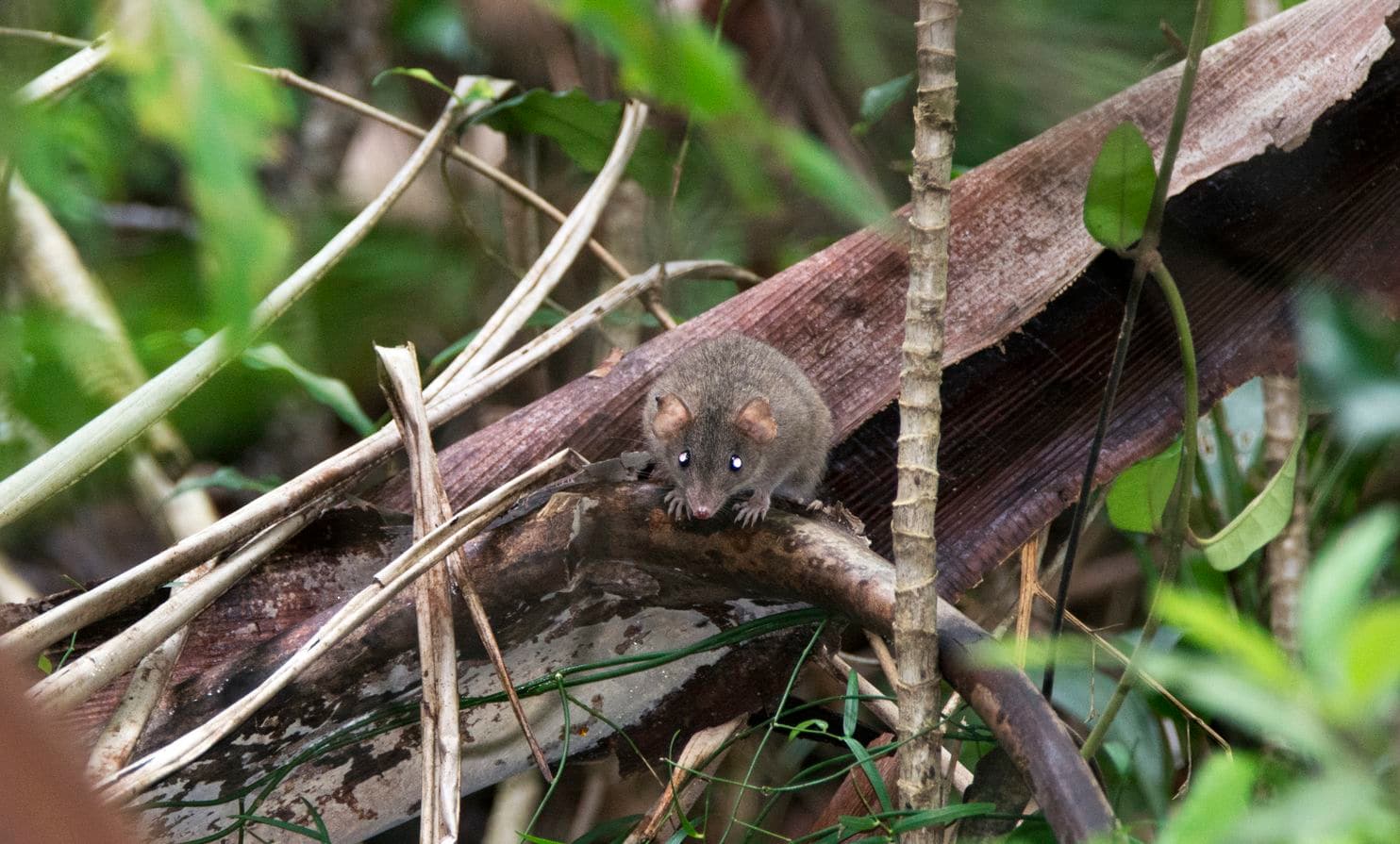 The first mammal climate change extinction of how many? (iStock)

The Bramble Cay melomys is survived by the grassland melomys and two other closely related melomys species.

There is a slim chance, Leung said, the Bramble Cay melomys still exists - perhaps on nearby Papua New Guinea - though there is no confirmation of the animals having lived anywhere except the coral island.