When an earthquake struck the Italian mountain town of L'Aquila in April 2009, few people would have been thinking that carbon dioxide had anything to do with it. But geologists were on the case straight away.

Immediately after the L'Aquila earthquake, a team from the Italian National Institute of Geophysics and Volcanology started measuring the carbon dioxide that was bubbling up in nearby springs, hoping to detect what earthly processes – aside from plate tectonics – might have triggered the seismic shock.

They continued to sample spring waters until 2018, comparing pulses of dissolved CO2 gas that originated deep underground with records of seismic activity. In that time, two more major earthquakes would rock the region.

L'Aquila sits among the Apennine mountain range that runs the length of the Italian peninsula. Beneath L'Aquila, northeast of Rome, lie two groundwater aquifers which feed into surface springs. This is where the researchers could measure the CO2 spewing up from below.

Expulsions of CO2 in earthquake zones have been measured in the Apennines and elsewhere before - for example, at points along the East African rift that cuts through Ethiopia to Mozambique.

But this decade-long geochemical investigation reveals, for the first time, the relationship between earthquakes and buried CO2 that escapes along fault lines through springs and vents over time. It hints at just how forceful CO2 might be beneath the ground, and could bolster predictions of earthquakes to come.

The ascent of buried CO2 begins when tectonic plates beneath the Apennine mountain chain grind together, heating and melting the carbonate rocks they're made of, and releasing the CO2 stored within.

The gas steadily accumulates in reservoirs some 10 to 15 kilometres (6 - 9 miles) below ground, and dissolves in groundwater basins that it meets on its way up to the surface.

Measuring the carbon content in 36 springs around L'Aquila between 2009 to 2018, the researchers showed how this process aligns with earthquake activity.

"The Apenninic earthquakes in the last decade are clearly associated with the ascent of deeply derived CO2," they said in a press statement.

The amount of deep CO2 dissolved in spring water rose and fell in parallel with the number and intensity of earthquakes over time. Emissions peaked during major earthquakes and periods of intense seismic activity, then dropped off as the energy of an earthquake and its aftershocks decreased. 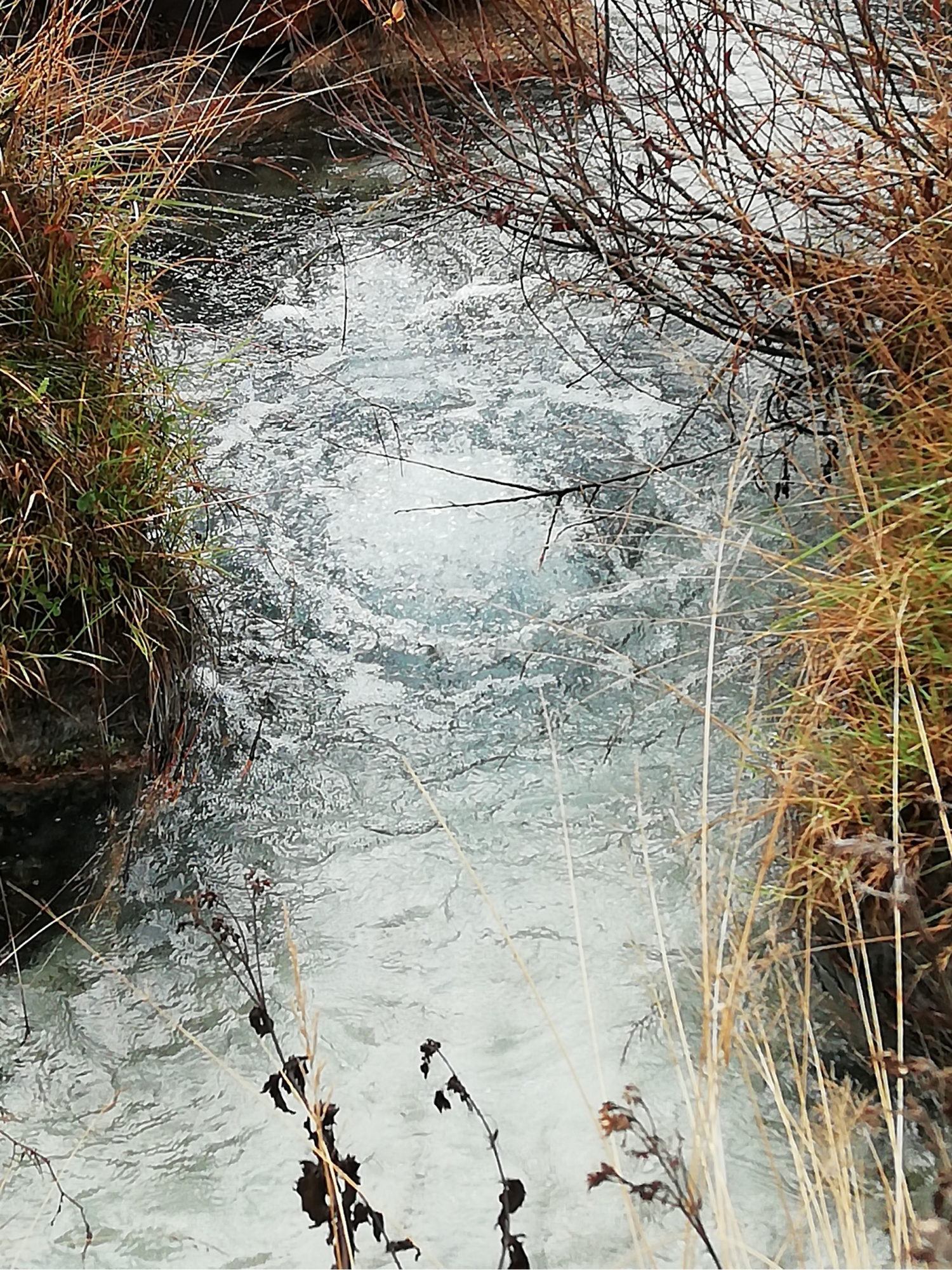 Carbon dioxide reaches the surface in a spring near the epicentre of the 2009 L'Aquila earthquake. (Giovanni Chiodini, INGV)

We can't say yet whether the uprising of CO2 caused any earthquakes, or if the emissions were just a burp-like after-effect. However, the researchers do think CO2 is continuously rising up from great depths, weakening crust fractures as the pressure mounts.

They also have a hunch that the first tremors of an earthquake might cause a sudden release of more gas bubbles from deep CO2 reservoirs - much like the burst of bubbles you'd see after shaking up a bottle of fizzy drink - and trigger more aftershocks.

"The analysis of groundwaters makes it possible to investigate relatively large areas and related tectonic processes at regional scale," the authors said.

From their measurements, the researchers could, for now, estimate the total amount of CO2 expelled in a decade by tectonic activity in this part of the Apennines.

Their answer: 1.8 million tonnes of carbon, which is about the same amount of CO2 that explodes into the atmosphere when a volcano erupts. It's also comparable to the carbon emitted from 350,000 cars driven for a year.

What this study shows is that sizeable amounts of CO2 are purged from fault lines in Earth's crust, mostly without detection (though these emissions are nothing close to the billions of tonnes human activities emit). Still, with the future climate of our planet hanging in the balance, this source is something we should factor into our carbon budgets.

"The study of groundwaters in tectonically active areas would be a powerful tool to better estimate the global budget of tectonic carbon dioxide emissions into the atmosphere," the researchers said.

They plan to install a monitoring system in the Apennines to aid further analyses, and to test whether rising CO2 could possibly warn of earthquake activity. The more measurements the merrier.

"We hope that a continuous monitoring of water springs is the best way to track deeply produced CO2 emissions to better understand the causal relationship with seismicity," the team said.