Earlier this week, Japan's space agency JAXA made history by landing a pair of hopping rovers on an asteroid known as Ryugu, and sending back the first-ever images from the surface of a space rock.

If that wasn't awe-inspiring enough, JAXA has just released not only more images, but even a small video from Ryugu's surface, and all their footage is mind-meltingly wonderful.

Here's what it looks like to be standing on a rocky, rugged asteroid, hurtling through space 100 million miles (160 million km) from Earth, as the Sun's light beams and flares around you.

We have no words.

The two rovers, Rover 1A and Rover 1B, were launched onto Ryugu's surface on September 21 by their 'mothership' Hayabusa2, which had journeyed three and a half years before finally make it to the asteroid in June.

The rovers weight around 1 kg and are pretty much the size and shape of a cookie tin. They move about the asteroid's low-gravity environment by hopping, fuelled by a solar-powered internal mass that rotates to generate force. 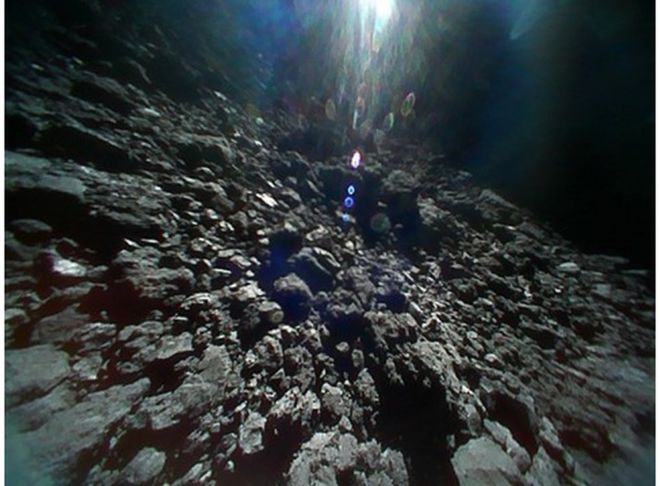 Twitter user Transferrins created this incredible stop-motion animation of the rover's landing on the asteroid, which shows just how nail-biting that journey was.

These new videos and images show in detail Ryugu's rugged, boulder-covered landscape, and it's the closest look we've had to date at this kind of Solar System object.

Ryugu is 900 metres (2,952 feet) wide and is thought to be a particularly ancient type of asteroid known as a C-type asteroid, dating back to the early days of our Solar System more than 4 billion years ago. 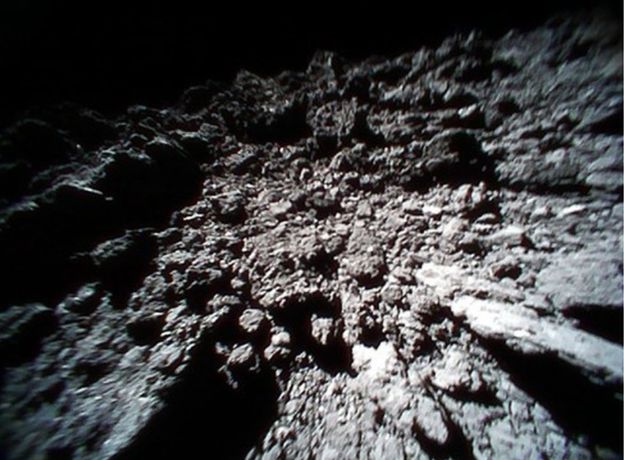 Researchers hope that by studying it, we could learn more about the evolution of Earth.

As well as taking these breathtaking images and videos, the rovers will be measuring temperatures across the surface of the asteroid, and will also eventually collect underground material.

Ryugu is thought to contain water, which is why it's named after a magical palace at the bottom of the sea; this mission will tell us more about the object's composition. 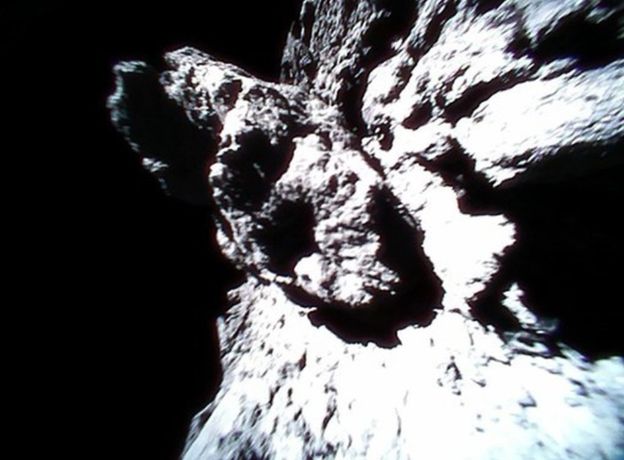 "I cannot find words to express how happy I am," said project manager Yuichi Tsuda when the rovers' safe arrival was confirmed earlier in the week.

Our MINERVA-II1 rovers have sent back more images from the surface of Ryugu! Let's take a look at these images in detail.

"By studying asteroids, we learn more about the early Solar System and more about life itself," the 'Science Guy' and Planetary Society CEO Bill Nye tweeted as the rovers made their descent Friday.

"It is amazing to be a human living at this moment in the history of space exploration."