Drop everything. The fantasy car / robot / pal you've dreamed about since childhood is real, and it's sitting under lock-down in a Japanese warehouse.

J-deite RIDE is a working, transforming robot that can change between a humanoid form and a functional car. Basically, it's the closest thing you'll find to a functional, real-life Transformer anywhere this side of Cybertron.

Unveiled in Japan last week, the latest prototype you can see here stands almost 4 metres tall in its imposing robotic form, before morphing groundwards into its chunky vehicular configuration.

J-deite RIDE – a joint venture between three separate robotics and machinery companies – has been in development since 2014, and its makers are now ready to show it off at Japanese exhibitions, plus the IAAPA Attractions Expo 2018 in Florida in November.

While we love everything about J-deite RIDE's manga-esque style – inspired by Transformers (of course) and drawn up by legendary mechanical designer Kunio Okawara of Gundam fame – this changeling has a few shortcomings compared to the alien hybrids we know from cartoons and movies.

In a nutshell: speed.

Compared to the almost instantaneous transitions made by the original Transformers – to say nothing of the almost unwatchably quick transformations seen in the Michael Bay movies – J-deite RIDE is something of a slouch. 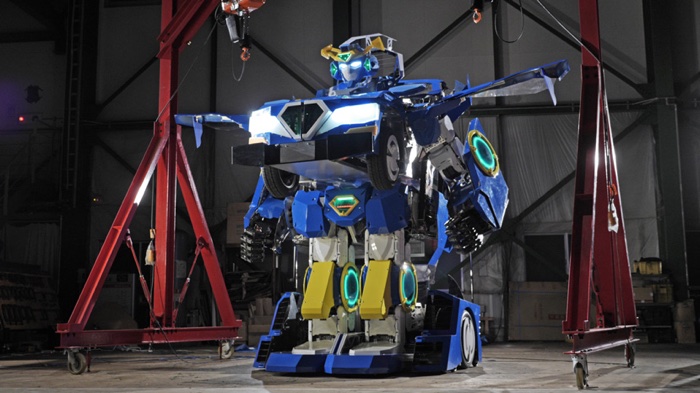 While this giant robot can indeed transform its shape, let's just say if it were an Autobot, there'd be virtually no chance of saving the day from the evil Decepticons.

It takes J-deite RIDE a whole minute to change from a robot into a car (or vice versa), and if you think that's a little on the slow side, we haven't even touched on its walking speed.

On wheels, J-deite RIDE's engineers say it has a 'theoretical' driving speed of 60 kilometres per hour (37 miles per hour), and the same wheels enable the robot to roll along at half that speed. 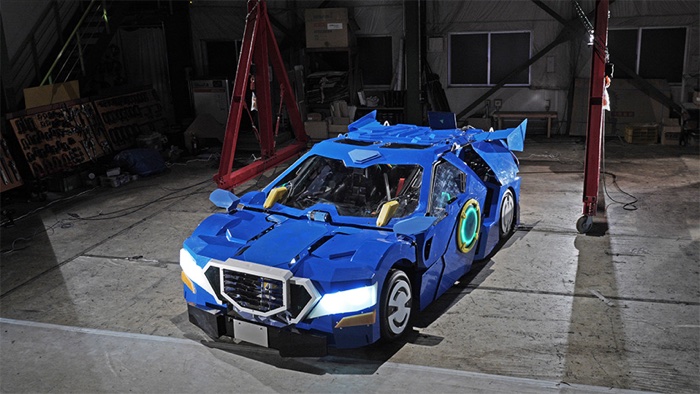 When the robot walks, though, it's almost comically slow: 100 metres (328 ft) per hour, which is so much slower than Usain Bolt, well… we're not even going to bother calculating the difference.

But that doesn't mean we love J-deite RIDE any the less. This awesome-looking robot can do all of its amazing transformations while carrying two people inside it, and the best bit of all is, you might even get to be one of those people one day.

The robot's makers – Asratec, Sansei Technologies, and Brave Robotics – say that once their prototype is fully developed, they're intending to commercialise the technology for use at amusement and theme parks.

So no, it won't defeat Decepticons. But it's guaranteed to drop a few jaws, and make an awful lot of people happy.