Hawaii's Volcano Is Producing Its Own Weather Now, and It's Amazing

For several weeks Hawaii's Kīlauea volcano has been shooting rocks, ash, and plumes of heated gas into the sky. Sooner or later all this activity was bound to have some sort of effect on the local weather.

Scientists from the Hawaiian Volcano Observatory have noticed a peculiar type of cloud associated with volcanic eruptions over fissures near the neighbourhood of Leilani estates, one that could grow into thunderstorms.

Referred to as either a pyrocumulus or flammagenitus cloud, the phenomenon is commonly seen as giant thunderheads rising over erupting volcanoes or building near intense wildfires.

But their signature roiling nature has led scientists to conclude they're growing near fissure 8 and the island's Lower East Rift Zone.

"These clouds are interesting to watch, but, like normal cumulus clouds, can also form thunderstorms," the United States Geological Survey (USGS) explained in a Facebook post. 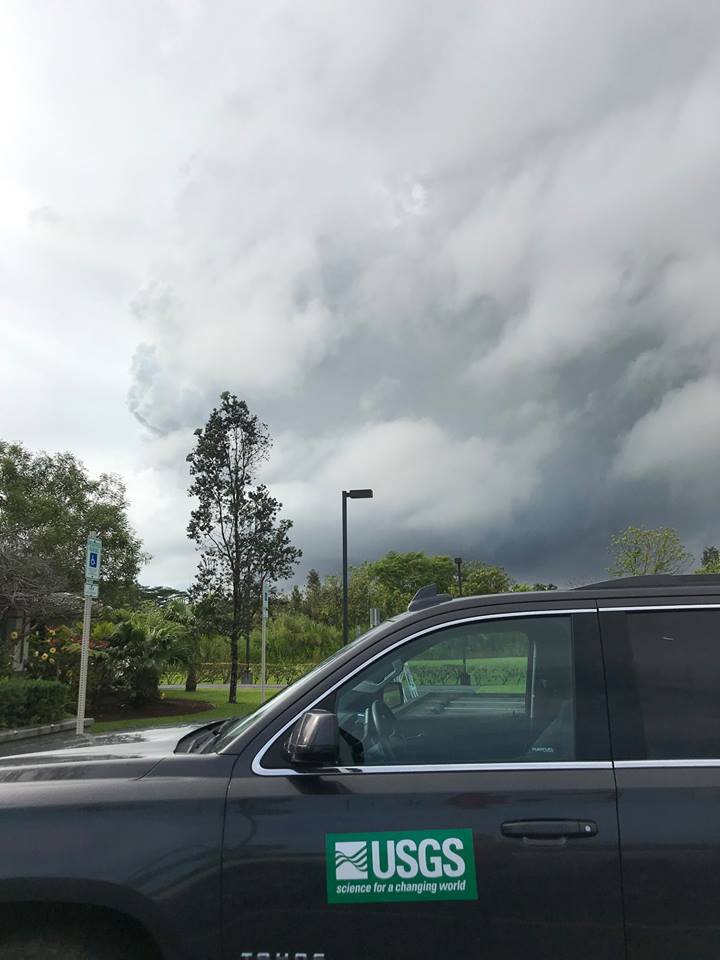 A pyrocumulus cloud near fissure 8 (USGS/Facebook)

In itself, such a storm from a pyrocumulus cloud wouldn't stand out as particularly threatening.

They're produced by the same meteorology as most dynamic weather systems – heat creates convection currents that lift masses of air up to a level where they can cool. Moisture in the air then condenses and forms a cloud. Should particles vigorously collide on their tumultuous journey, a charge can build up and create lightning strikes.

There's no guarantee that these particular clouds will transform into spectacular weather events, but for volcanologists it's an interesting study in how these clouds can form over fissures, as opposed to more explosive eruptions.

That doesn't make them completely innocuous. Sulphur dioxide from the volcanic vents can increase the acidity of rain water, which can cause trouble for any delicate flora in the area.

The other problem is increased levels of volcanic smog, or vog.

Fine particulates suspended in the atmosphere can be carried downwind on air currents, which can cause health problems for those in its path, especially with expectations of rising trade winds.

"Residents are urged to minimise exposure to these volcanic particles, which can cause skin and eye irritation similar to volcanic ash," the USDS warns those to the west of fissure 8.

This isn't a problem limited to pyrocumulus clouds and has been an issue since Kīlauea recently broke new ground.

For local residents, a few churning storm clouds or a downpour with some lightning is hardly all that exciting. Not when you need to dodge lava bombs or watch your home tragically go up in smoke.

Volcanologists, on the other hand, are treating the event as an opportunity to study rarely seen phenomena and build a more detailed picture of how volcanoes affect our climate.