Enzymes being delivered to a lung. (University Health Network)
HEALTH

Patients can wait a long time for potentially life-saving lung transplants, since the need to find close matches complicates the process. One of the characteristics that need to be matched is patient and donor blood type.

Now new research shows that the blood type of some donated lungs could be altered before transplant, which means there is a bigger pool of universal donor lungs and less time on the waiting list for those in need.

The process works via a pair of enzymes – specifically, FpGalNAc deacetylase and FpGalactosaminidase – that in combination remove the antigens that distinguish red blood cells, converting blood type A lungs into universal type O.

"There are about 100,000 patients on US organ transplant waiting lists," the researchers write in their published paper. "These patients require organs that must be compatible to their major cell surface antigens. The process to find compatible organs is not trivial."

"Because of this, patients with progressively failing organs often wait years for a life-saving transplant, and some will die, never receiving an optimally matched organ. In 2017, less than one-third of patients on the lung transplant waiting list received an organ in the United States."

Under lab conditions, scientists treated eight blood type A lungs with the enzyme combination, reporting that 97 percent of blood type A antigens were removed within four hours. What's more, the conversion was achieved without any observable toxicity.

Three of the newly 'neutral' lungs were then placed in plasma to simulate an actual transplant. Observed antibody damage was minimal, meaning the converted lungs were accepted rather than rejected, at least in the crucial, early stages.

The team estimates that the procedure could eventually increase the number of blood group O donor lungs from the current 55 percent to more than 80 percent in the future. 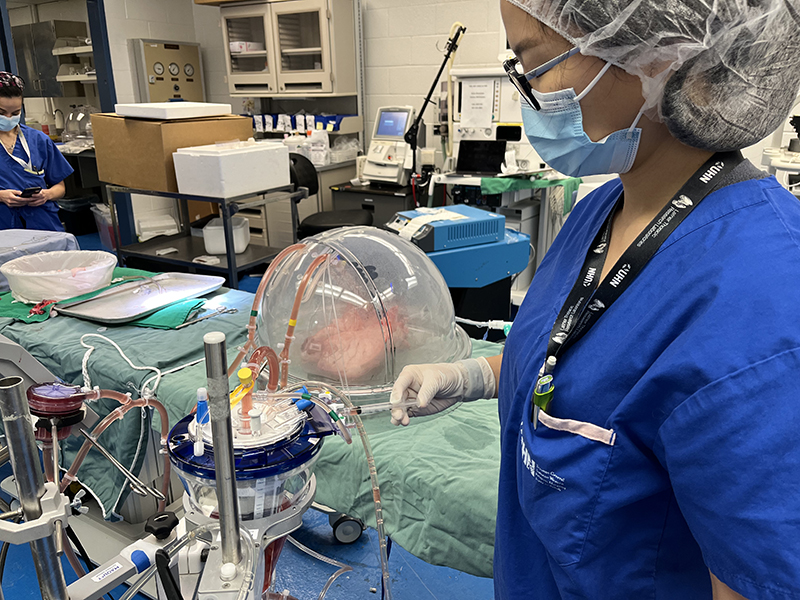 "The treatment of donor lungs minimized antibody binding, complement deposition, and antibody-mediated injury as compared with control lungs," write the researchers. "This strategy has the potential to expand ABO-incompatible lung transplantation and lead to improvements in fairness of organ allocation."

At the moment, transplanting lungs of the wrong blood type leads to a rapid immune response and the rejection of the organ by the body.

For example, patients with blood type O have a 20 percent greater risk of dying while waiting for a suitable donor. The procedure stops that auto-immune response from happening by removing the blood type A antigens.

More research is required before this process is approved as safe to use with actual people, but the early signs are promising. Next, the researchers want to run tests on mice to further test their lung blood type conversion process.

"As next steps, we plan to use similar transgenic mice to study antigen reexpression kinetics and long-term post-transplant effects of the organ donor enzymatic treatment," write the researchers.