If the coral refuge of the Red Sea can survive local pollution, scientists think these reefs might be the last ones standing on a rapidly warming planet. But that's a big 'if'.

Right now, life in this region is moored to the fate of a 45-year-old tanker, gradually rusting away off the western coast of Yemen, with a million barrels of oil in its hold.

Ever since war broke out on the mainland between Iran-allied Houthi rebels and Saudi-led forces, the state-owned Yemeni oil company has lost access to its ship, even for repairs, and rebel forces have so far refused the United Nations a chance to intervene.

Under the status quo, environmental experts warn it's just a matter of time before all 34 of the Safer's storage tanks sink into the sea, causing an oil spill four times the size of the Exxon Valdez disaster in 1989.

"Devastation to the health and livelihoods of millions of people living in half a dozen countries along the Red Sea coast would be assured. The air they breathe, the food they harvest at sea, and their water desalination are all at immediate risk."

According to the study, local currents will ensure the distribution of oil to coral reefs that cover nearly all 4,000 kilometres of the Red Sea coastline.

The Gulf of Aqaba, which is tucked in the northernmost corner of the Red Sea, is home to one of the most pristine reef ecosystems in the world, and its corals have proved remarkably resistant to rising temperatures and ocean acidification. A spill of this magnitude could be its undoing. 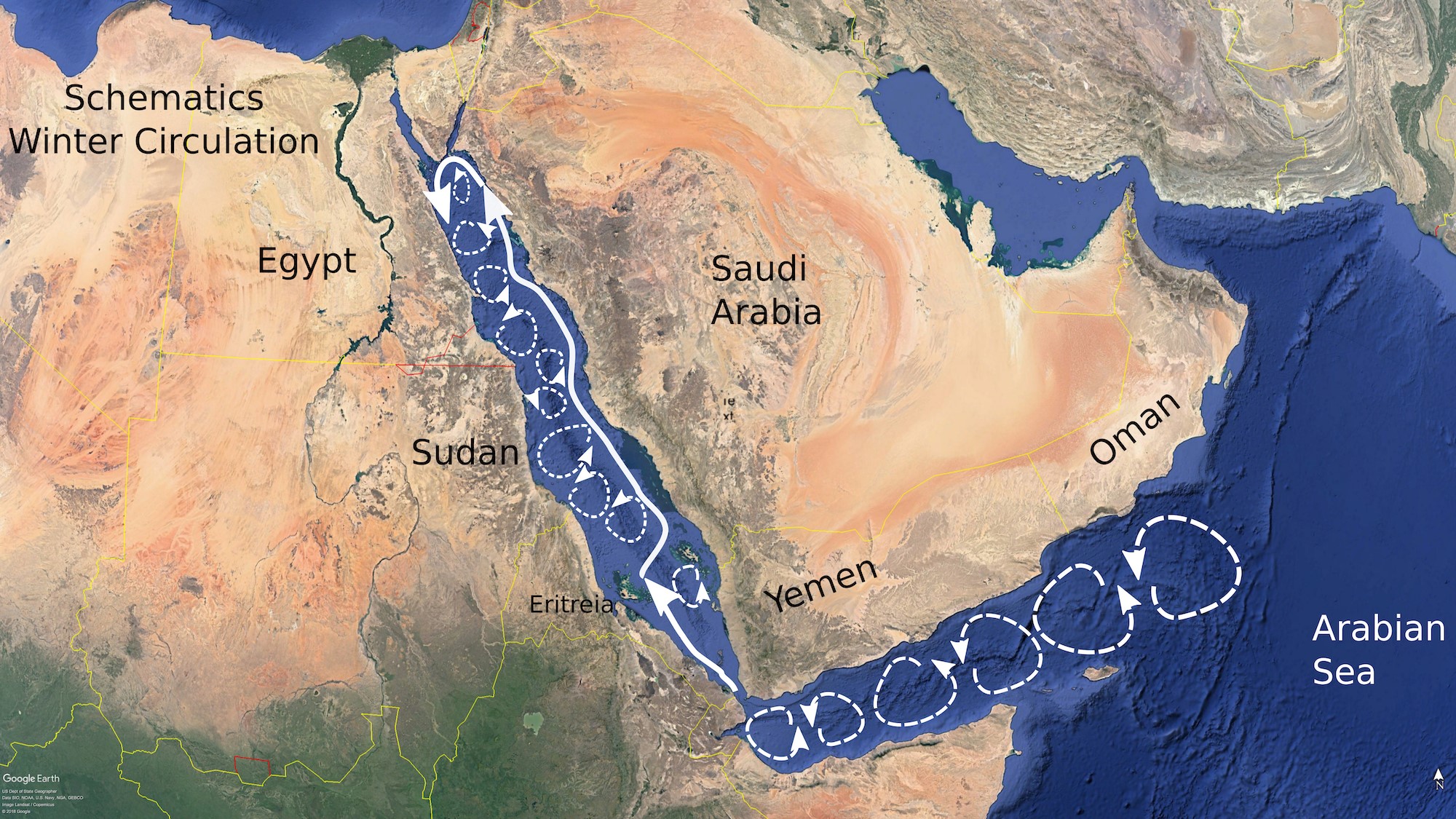 Having modelled the distribution of a 30-day Red Sea oil spill in both winter and summer conditions, researchers now warn that we are wasting precious time. The Safer is in its final stages of decay, they say, and we are approaching the worst season for an oil spill.

In May of this year, a breach of seawater in the hull of the Safer was temporarily patched. Shortly after, in September, officials in Saudi Arabia claimed to have found an "oil spot" near the vessel, which sits right in the Red Sea's shipping lane.

While these reports have not been verified, if the ship continues to decay at such a rate into winter, it could be catastrophic.

"It is clear from the analysis that in winter oil dispersion will extend further north and into the centre of the Red Sea as compared to a spill dispersing during summer," the authors write.

"Therefore, action should be taken before winter, as a winter spill ensures that the oil will spread further north and will [remain] trapped for longer within the Red Sea."

Corals in the Gulf of Aqaba in the Red Sea. (Maoz Fine)

The good news is that rebel forces have at last agreed to let the UN inspect and repair the tanker, according to The New York Times. The bad news is that this servicing has been delayed until January - if it occurs at all.

The last time rebel forces agreed to let the UN service the tanker in the summer of 2019, they changed their minds the night before.

"The time is now to prevent a potential devastation to the region's waters and the livelihoods and health of millions of people living in half a dozen countries along the Red Sea's coast," says coral researcher Karine Kleinhaus from Stony Brook University in New York.

"If a spill from the Safer is allowed to occur, the oil would spread via ocean currents to devastate a global ocean resource, as the coral reefs of the northern Red Sea and Gulf of Aqaba are projected to be among the last reef ecosystems in the world to survive the coming decades."

Most of the time, oil spills come as a surprise - at least to the extent that we don't know when they are going to occur. But researchers say this is the most advanced warning of a major spill we've ever had, yet we're squandering the opportunity to stop it.

These images from the recent leak in the cooling pipes on the FSO SAFER show the extent of the corrosion on the vessel and the urgency of the need to #SalvageTheSAFER. @detoxconflict @UNOCHA @OSE_Yemen @UNOPS @YemenENEN @YemenMatters_ @NEAPressOffice @alhadhrami @yemen_mofa pic.twitter.com/gyEfxtbLCt

Despite several reports of corroding pipes and leaks, the UN International Maritime Organization (IMO) still has no decisively assured route to repairing the ship or removing the oil, even though the vessel is increasingly at risk of sinking.

Besides, repairs are probably not going to cut it at this point, although they could buy us precious time to offload the oil.

"Our last chance to pump off the oil in the vessel and stockpile oil booms regionally to contain an imminent spill is quickly disappearing," the authors warn.

Environmental experts have long described the Safer as a 'floating bomb', and given that the oil itself has been left to rot, some diplomats think the rebels agree and are using it as a deterrent, "like having a nuclear weapon".

Rebel forces might also see it as a bargaining chip. With the right price, UN officials might be able to remedy the situation, but who to pay and how much is still under intense negotiation.

Some losses, after all, are priceless.

In July, a Yemeni environmental group estimated it would take 30 years for the environment to recover if the Safer sank, and more than 126,000 people in this nation alone could potentially lose their livelihoods from the ensuing pollution.

If pollution clogs up the region's myriad desalination plants, it could deprive millions of people of water. Many of those in Yemen are already facing starvation and poverty from the ongoing war.

"The UN, the IMO, and global oil extraction, refinement and shipping companies must act to protect the Red Sea and its critical marine resources by acting to stop this potentially massive and devastating spill," the authors conclude.

The study was published in Frontiers in Marine Science.