Mathematicians Think They've Worked Out What Happened to Flight MH370

More than a year since the tragic disappearance of Malaysia Airlines flight MH370 there are still unanswered questions. The exact fate of the plane - and the 239 lives aboard - remains a mystery. Now an international team of researchers has used mathematical modelling to come up with an explanation for why no wreckage from the crash has ever been found.

In a report published in Notices of the American Mathematical Society, a team of researchers used computer simulations to compare five scenarios of water entry. Based on their calculations, they conclude the plane took a vertical nosedive into the Southern Indian Ocean.

"Aviation experts generally agree that how the airliner enters the water determines its breakup, which then yields major clues and directions of the search operations," write the authors, who were led by applied mathematician Goong Chen from the Texas A&M University at Qatar. This, of course, is why so much of the search effort for MH370 was focusing on scanning the surface of the water - without much luck.

But if the plane entered the water at a 90-degree angle (head first), the wings and tail of the plane would have been torn away, and the fuselage could sink within less than a minute, without ever resurfacing. Such a 'clean' entry would therefore explain the lack of debris or oil on the surface of the ocean near the assumed crash site of MH370.

The team of interdisciplinary specialists - engineers, mathematicians and computational scientists - reached this conclusion after comparing data on five simulated water entry scenarios for a Boeing 777 aircraft. The scenarios each featured a different pitch angle and angle of approach, and included a 'glided ditching', similar to the "Miracle on the Hudson" landing of US Airways Flight 1549 back in 2009, which everyone on board survived. 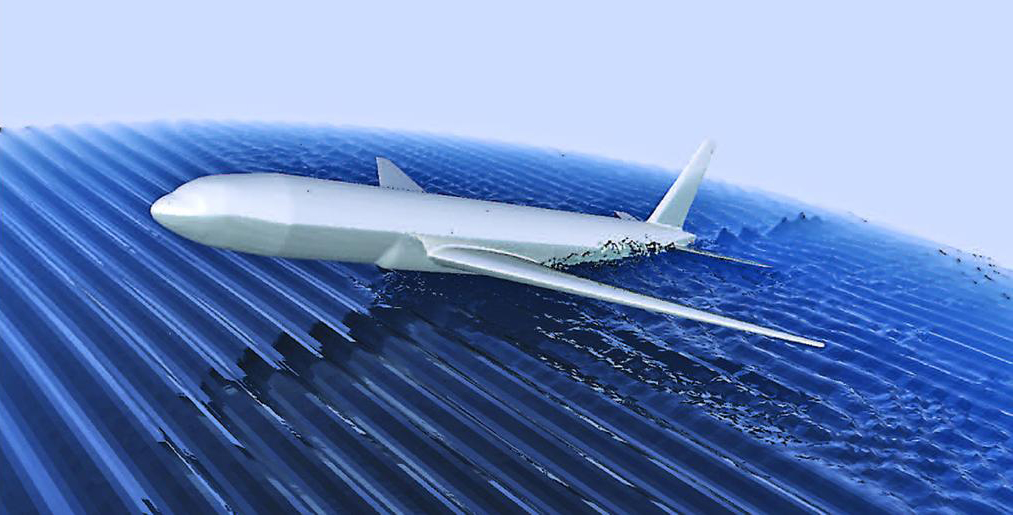 Based on knowledge of how the aircraft would disintegrate given each version of the impact, the researchers reached a conclusion they called "speculative but forensic".

"The true final moments of MH370 are likely to remain a mystery until someday when its black box is finally recovered and decoded," said Chen in a press release. "But forensics strongly supports that MH370 plunged into the ocean in a nosedive."

The authors state in the paper that, even though the particular incident was deeply tragic, interest in modelling and computation can help make air travel safer, and real-life cases are valuable in the research effort: "We show how computational mathematics and mechanics can help us understand the physical nature of an aircraft emergency water landing, how to model and compute it, and how this knowledge is helping safe civil aviation."

"On any given day, there are hundreds of thousands of people traveling by air worldwide. Air travel has never been safer and continues to become even safer. [..] However, it is to be expected that data generated by numerical simulations will further improve passenger survival in emergency water landings," the researchers conclude.