More than 500 years ago, a medieval soldier's dead body settled at the bottom of a Lithuanian lake, and for centuries it lay hidden beneath the mud. Now, those submerged remains have finally been found.

The skeleton was discovered during an underwater inspection of the old Dubingiai bridge in eastern Lithuania's Lake Asveja.

Though the skeleton lay under a layer of sand and silt, the scene was not a burial, said archaeologist Elena Pranckėnaitė, a researcher with Klaipėda University in Klaipėda, Lithuania, according to the Baltic News Service (BNS).

Rather, water currents likely deposited sediments that covered the remains over time.

Scientists with the Faculty of Medicine at Vilnius University in Vilnius, Lithuania, examined the body and reported that the person was male and that he died in the 16th century, though they don't yet know why he died, according to BNS. 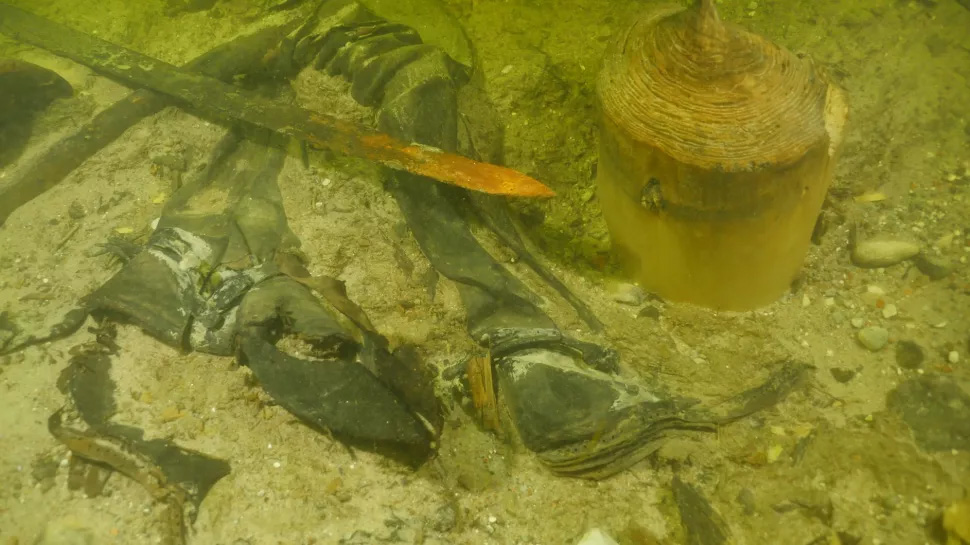 The skeleton and artifacts were surprisingly well preserved. (A. Matiukas)

Weapons and other items recovered from the lake bottom near the body hinted at the dead man's military status, Pranckėnaitė told Live Science in an email.

Human burials linked to warfare have previously been excavated across the region, but this is the first time that a medieval soldier has been discovered underwater in Lithuania, Pranckėnaitė said.

Dubingiai Bridge, one of the longest wooden bridges still in use in Lithuania, was built in 1934, and its deteriorating beams are currently being replaced with metal poles, representatives of TEC Infrastructure, the company supervising the repair project under the Lithuanian Ministry of Transport and Communications, said in a statement.

Archaeologists collaborated with amateur divers to perform the survey, and divers located the remains at a depth of 30 feet (9 meters) while inspecting the wooden bridge's support system, according to the statement.

A previous survey in 1998 had revealed that another bridge once stood in the same place, dating to the 16th or 17th century - around the time that the medieval soldier died, Pranckėnaitė added.

"For now, we assume that those discovered human remains could be linked with the former bridge leading to Dubingiai castle, which was situated on the hilltop on the shore of Asveja Lake," she said. 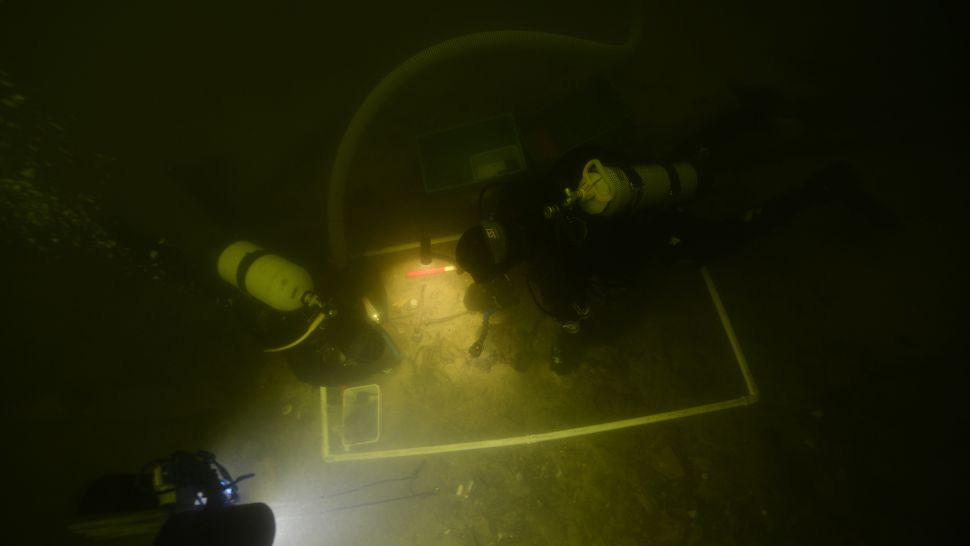 Finding the soldier's remains was a big surprise, but equally astonishing was the remarkable preservation of the skeleton and artifacts.

The divers recovered a pair of leather boots with spurs; a leather belt with a buckle; an iron sword; "and two knives with wooden handles," Pranckėnaitė wrote in the email.

A team of archaeologists, anthropologists and historians at the National Museum of Lithuania are now working to conserve and interpret the objects.

This discovery and data "are really 'fresh' and still need to be carefully analyzed," Pranckėnaitė said. "We hope to 'tell the story' of this soldier at least in a year."