It was the year 2000, and an ancient meteor was at the end of a very long journey. On a winter's morning, it exploded in the skies above Canada, raining hundreds of meteoric shards upon the frozen surface of Tagish Lake in British Columbia.

Collectively, these fragments are called the Tagish Lake meteorite, and they represent a pretty unique find in the study of space rocks. When Tagish hit Earth's atmosphere, the object's mass is estimated to have been up to 200 tonnes, resulting in a huge fireball that could be seen over a wide area.

That attention led to prompt efforts to recover the meteorite shards that fell onto the icy surface of Tagish Lake, and subsequent storage in freezers ever since then means it's thought the fragments have remained frozen throughout their time on Earth, and possibly since very, very long ago in space. 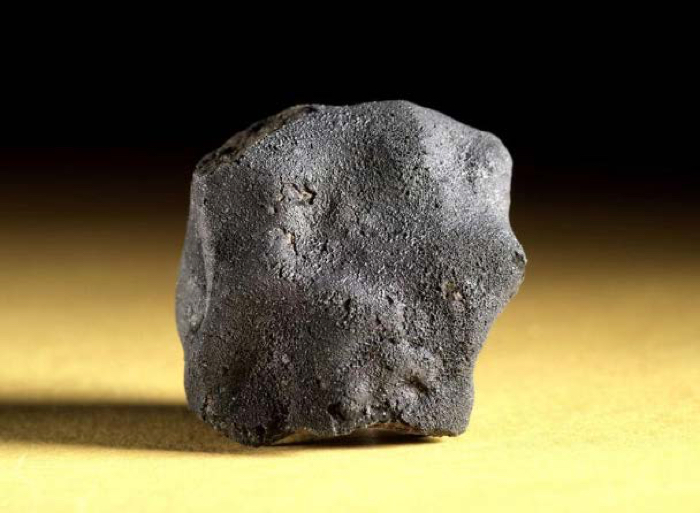 Those circumstances explain why the Tagish Lake object is considered among the most pristine meteorite samples ever recovered, and since the age of the meteorite is dated to approximately 4.5 billion years, the vestiges of ancient chemistry inside the frozen fragments are a valuable record of fluid processes dating back to the dawn of our Solar System.

"We know water was abundant in the early Solar System," explains meteorite mineralogist Lee White from the Royal Ontario Museum, "but there is very little direct evidence of the chemistry or acidity of these liquids, even though they would have been critical to the early formation and evolution of amino acids and, eventually, microbial life."

The Tagish Lake meteorite gives us a chance to investigate this further, but you need to look very closely. In a new study, Lee and fellow researchers used a technique called atom probe tomography (APT) to examine structures in three dimensions at sub‐nanometre resolution.

"Atom probe tomography gives us an opportunity to make fantastic discoveries on bits of material a thousand times thinner than a human hair," White says.

According to the team's analysis, these fine structures would have required a sodium-rich, alkaline fluid environment to form like this, and since the Tagish Lake meteorite hasn't come into contact with liquid water since it arrived on Earth, the findings could mean the fluid involved here dates back to the beginnings of the Solar System.

In addition, the researchers say that the sodium-rich and high-PH conditions of this ancient water-like fluid would have been favourable for the formation of amino acids, which, if their hypothesis is correct, suggests the fluid may have helped trigger the development of early life-forms on Earth, when similar fluid-transporting space rocks interacted with our primordial planet billions of years ago.

We're still a long way from being able to explain exactly how that happened, of course, but every discovery like this helps us piece together a little more of the puzzle.

"Amino acids are essential building blocks of life on Earth, yet we still have a lot to learn about how they first formed in our Solar System," explains meteorite researcher and PhD student Beth Lymer from York University in the UK.

"The more variables that we can constrain, such as temperature and pH, allows us to better understand the synthesis and evolution of these very important molecules into what we now know as biotic life on Earth."