Researchers have discovered strange minerals inside a Siberian mine that are unlike anything previously found in nature.

What's fascinating is that, since the 1980s, scientists have been growing very similar materials in the lab, but until now, they never thought they could actually exist in nature.

These lab-grown materials are known as metal-organic frameworks, or MOFs, and they work sort of like molecular sponges, which can soak up gases such as hydrogen and carbon dioxide.

As you can imagine, in a world where CO2 emissions are threatening the future habitability of the planet, that's an incredibly handy trait to have. So for decades, researchers have been tweaking these MOFs, slowly improving on them, without ever suspecting that they might exist in nature.

The discovery that the same structures could be found in Siberia "completely changes the normal view of these highly popular materials as solely artificial, 'designer' solids," said lead researcher Tomislav Friščić from McGill University in Canada.

"This raises the possibility that there might be other, more abundant, MOF minerals out there."

Oddly enough, the strange Siberian minerals in question - stepanovite and zhemchuzhnikovite - were actually discovered for the first time more than 70 years ago, between the 1940s and 1960s.

But due to the limitations of technology at the time, their structure had never been properly examined.

They went mostly ignored until Friščić found an old paper on the minerals back in 2010, and noticed that their structural description was incredibly similar to lab-grown MOFs.

Without the original samples to go off, Friščić instead decided to replicate the two Siberian minerals in the lab, and was able to show that they were indeed similar to MOFs.

But it wasn't until two Russian collaborators actually tracked down the decades-old samples and analysed their structure that the team could confirm the finding. The results have been published in Science Advances.

Just like lab-grown MOFs, both stepanovite and zhemchuzhnikovite have an elaborate, honeycomb-like structure, with large voids at the molecular level, as you can see below: 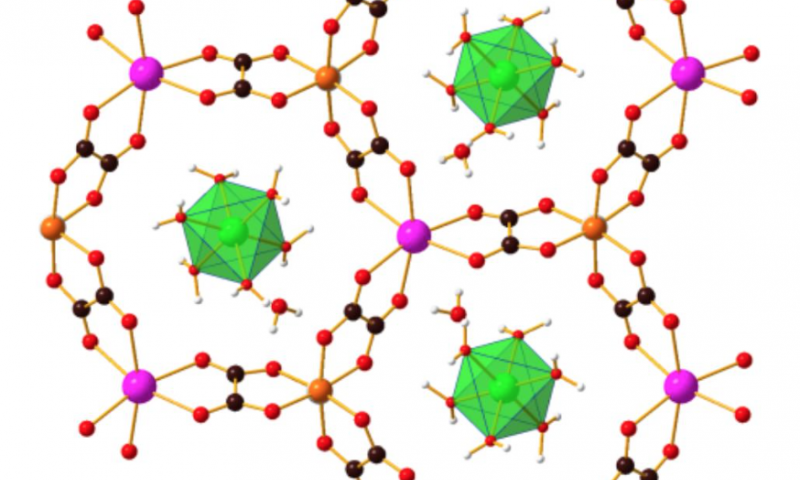 Considering the fact that MOFs could one day help us lock away excess CO2 for hundreds of years, it's a pretty exciting find.

But we're probably not going to be using the two Siberian minerals anytime soon - their structure isn't quite right to capture carbon, and they're also pretty tough to get to, seeing as they're found 230 metres underground below thawing permafrost.

Instead, researchers are taking the find as a sign that there are more of these naturally-occurring MOFs out there - hopefully more common ones - that we could use as carbon-capturing materials in future, or learn from them to improve our lab-grown versions.

Either way, one thing's clear to Friščić - if scientists had had the technology to determine these structures back in the '40s or even '60s, the development of MOFs "might have been accelerated by 30 years", he explains.

It just goes to show, it's never too late for science to teach us something new.