Researchers have developed a new colour-changing tattoo ink that responds to changes in the body, such as blood sugar and sodium levels.

Using a liquid with biosensors instead of traditional ink, scientists want to turn the surface of the human skin into an "interactive display" - an idea that makes this proof-of-concept an exciting one to watch. Technology like this could become a revolutionary new way to monitor health.

The project, called DermalAbyss, is a collaboration between researchers from MIT and Harvard Medical School, combining efforts from Fluid Interfaces and biotechnology.

So far, the team has developed three different inks that shift colour in response to changes in interstitial fluid - the stuff that sloshes around between our cells, comprising some 16 percent of the human body weight.

Of the three sensor inks, the most intriguing is the one that can measure glucose levels. The sensor changes its colour from blue to brown as blood sugar rises.

Having a glucose-sensing tattoo could conceivably make life easier to people with diabetes, who have to rely on pin-prick blood tests throughout the day to monitor their glucose.

The team has also created an ink that shifts from pink to purple in relation to pH levels, and a third sensor that can detect sodium, shining a vibrant green hue under UV light in the presence of rising salt levels. 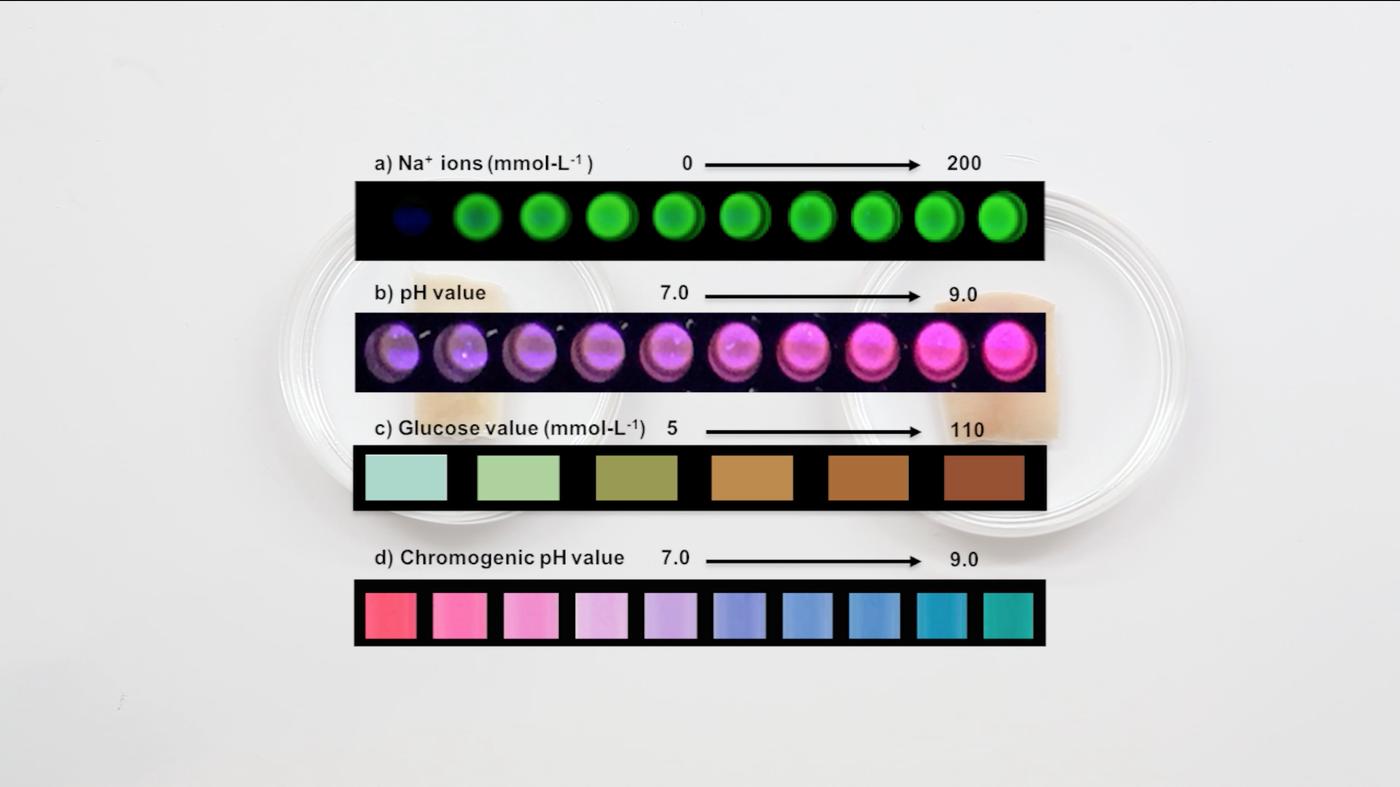 "The Dermal Abyss creates a direct access to the compartments in the body and reflects inner metabolic processes in a shape of a tattoo," the team writes on the project website.

"It could be used for applications in continuously monitoring such as medical diagnostics, quantified self, and data encoding in the body."

For someone who has a health condition that requires careful dietary monitoring, or even if you're just a data nerd and like the idea of tracking bodily changes with a cool-looking tattoo, it's an alluring concept.

"People with diabetes email us and say, 'I want to try it out,'" one of the team, Xin Liu from MIT told CBS News.

But if you're ready to be signed up for one of these biosensing tattoos, unfortunately we have to disappoint you for now. So far, DermalAbyss is only in the proof-of-concept stage, and there's no indication of when it might become a real product.

The researchers have tested the inks on patches of pig skin, using injections to change the levels of the fluids to be detected.

In the video below, you can see these test patches in action, as well as a digital rendering of what such a colour-changing tattoo might look like on a human arm:

Before this amazing tech can be approved in humans, it will need to go through several stages of rigorous tests, probably in animals first and then eventually in people. Things to look out for are adverse reactions to the ink and possible allergies.

There's also the question of how to make sure the tattoo indicators are as accurate as possible. In a medical situation, you'd want that colour-changing 'interface' to be as reliable as a blood test, and we're definitely not there yet.

"It will take a long time for anything practical to go to market, but it [the technology] evokes imaginations and opens up possibilities," Liu told CBS News.

The team will be presenting their research at the 2017 International Symposium on Wearable Computers in September.