Molten Lava Cascades at a Painfully Slow Rate Through Hawaii

The Kīlauea volcano has been shaping the Big Island of Hawaii for thousands of years. It's the most active of the five volcanos that make up the Hawaiian islands, and is arguably the most active volcano in the world. Thought to be around 600,000 years old, it's been erupting constantly since 1983, with most of the lava flowing south of its gaping mouth. But over the past two years, the lava flow has veered northeast, putting it in contact with residential areas.

While the main flow from the June 21 eruption of Kilauea has since petered out, several smaller flows broke free to continue the destruction. Now, it seems the lava has finally stalled, but not before destroying several rural Hawaiian towns in the agricultural district of Puna. 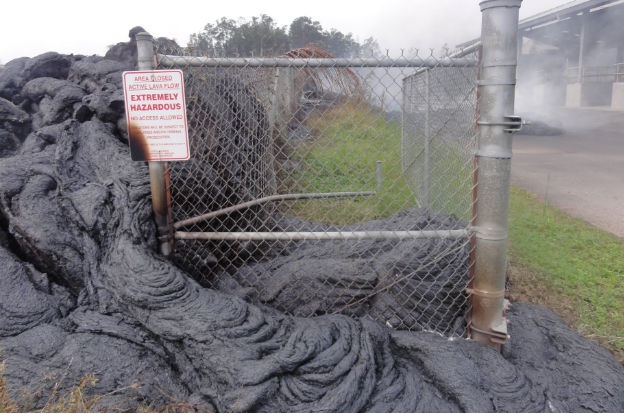