Artist depiction of glowing galaxies trapped in the web of the massive central quasar. (L. Calçada/ESO)

Astronomers have discovered six galaxies ensnared in the cosmic "spider's web" of a supermassive black hole soon after the Big Bang, according to research published Thursday that could help explain the development of these enigmatic monsters.

Black holes that emerged early in the history of the Universe are thought to have formed from the collapse of the first stars, but astronomers have puzzled over how they expanded into giants.

The newly discovered black hole - which dates from when the Universe was not even a billion years old - weighs in at 1 billion times the mass of our Sun and was spotted by the European Southern Observatory (ESO).

Scientists said the finding helps provide an explanation for how supermassive black holes such as the one at the centre of our Milky Way may have developed.

This is because astronomers believe the filaments trapping the cluster of galaxies are carrying enough gas to "feed" the black hole, enabling it to grow.

"The cosmic web filaments are like spider's web threads," said Marco Mignoli, an astronomer at the National Institute for Astrophysics (INAF) in Bologna who led the research, which was published in the journal Astronomy & Astrophysics.

"The galaxies stand and grow where the filaments cross, and streams of gas - available to fuel both the galaxies and the central supermassive black hole - can flow along the filaments."

Mignoli said that until now there had been "no good explanation" for the existence of such huge early black holes. 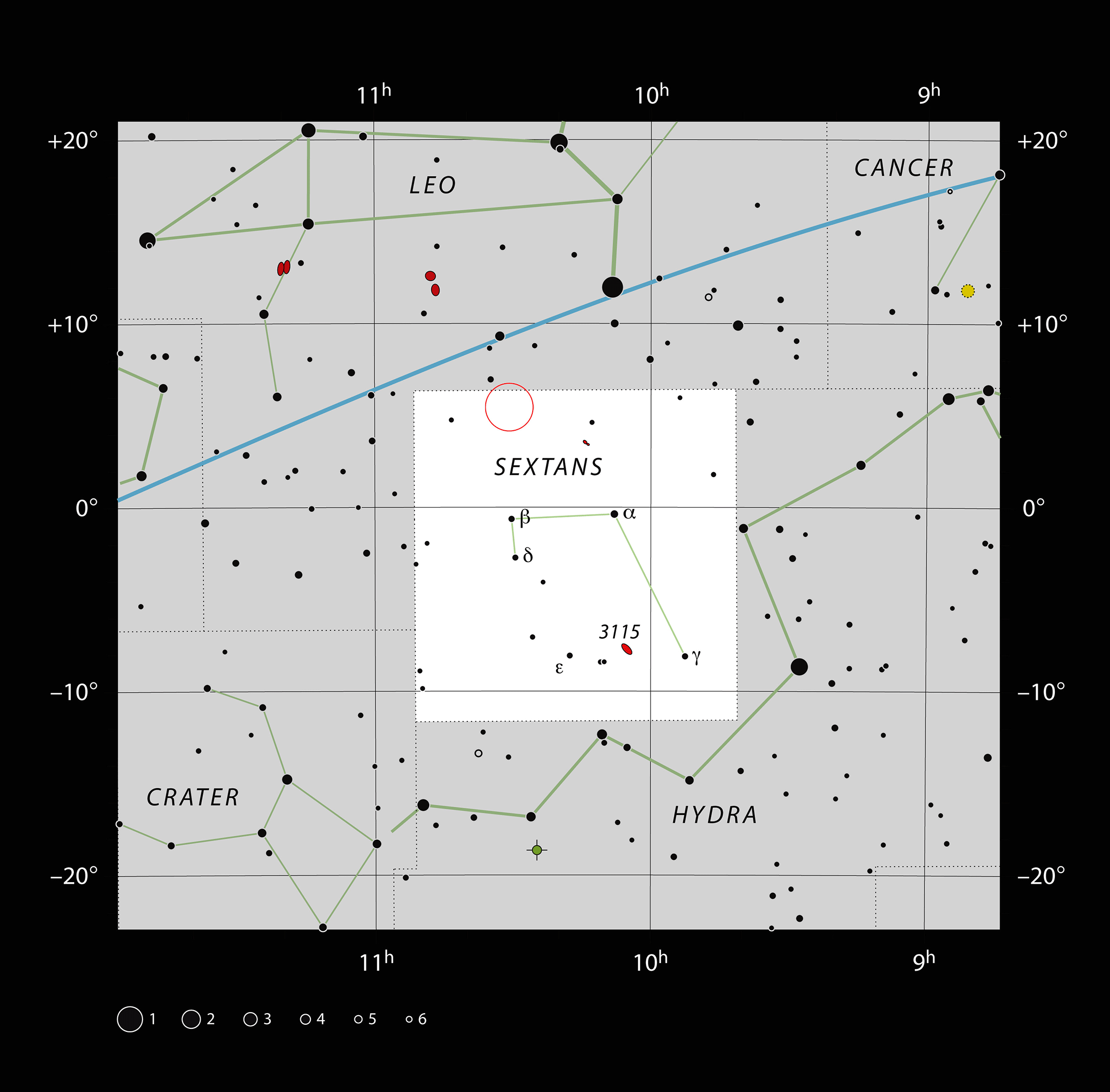 The location of the quasar (red circle) in the constellation of Sextans. (ESO/IAU Sky & Telescope)

Tip of the iceberg

Researchers said the web structure may have formed with the help of dark matter — thought to attract huge amounts of gas in the early Universe.

"Our finding lends support to the idea that the most distant and massive black holes form and grow within massive dark matter halos in large-scale structures, and that the absence of earlier detections of such structures was likely due to observational limitations," said co-author Colin Norman of Johns Hopkins University.

The entire web is over 300 times the size of the Milky Way, according to a statement from ESO.

But it said the galaxies are also some of the faintest that current telescopes can spot, adding the discovery was only possible using the largest optical telescopes available, including ESO's Very Large Telescope in Chile's Atacama Desert.

"We believe we have just seen the tip of the iceberg, and that the few galaxies discovered so far around this supermassive black hole are only the brightest ones," said co-author Barbara Balmaverde, an astronomer at INAF in Torino, Italy.

The research is the latest to try and illuminate the mysterious formation of these cosmic monsters, which are so dense that not even light can escape their gravitational pull.

In September, two consortiums of some 1,500 scientists reported the discovery of GW190521, formed by the collision of two smaller black holes.

What scientists observed were gravitational waves produced more than seven billion years ago when they smashed together, releasing eight solar masses worth of energy and creating one of the most powerful events in the Universe since the Big Bang.

At 142 solar masses, GW190521 was the first "intermediate mass" black hole ever observed.

Scientists said the finding challenges current theories on the formation of supermassive black holes, suggesting it could be through the repeated merger of these mid-sized bodies.