This Is The Most Toxic Town in The United States

If you were to travel all the way to the northwest tip of a remote peninsula along the northwest coastline of rural Alaska, you'd find an isolated town sitting around 50 kilometres (31 miles) north of the Arctic Circle.

But Kotzebue (pop. ~3,300) isn't just remarkable for its faraway vantage point near the top of the world. It's also got the dubious honour of being the most toxic town in the United States, according to data from the EPA.

Not that you'd necessarily know about that.

The EPA report listing the finding – the Toxics Release Inventory (TRI) National Analysis for 2016 – didn't get a huge amount of publicity when it was released last year, and if you read the 111-page report front to back, you won't find Kotzebue mentioned even once.

"As far as I know it is safe," he told National Geographic's Justin Nobel.

"And as far as toxic releases, I wasn't aware of anything like that."

But if you dig through the EPA's raw Toxics Release Inventory geographical data using this mapping tool, you can isolate toxic chemical releases based around where you live, from data self-reported by over 18,000 industrial facilities across the US, including manufacturing companies, mining interests, chemical plants, and so on.

When you load up the map, you can get a quick visual breakdown of which states have reported the most toxic chemicals. The darker the shade of red, the worse it is.

Wait, where's Alaska on this map? Zoom out, like Deckard in Blade Runner. Okay, there it is. The really dark red one.

In fact, Alaska, with its 378.9 million kilograms (835.3 million lbs) of toxic chemical output was ranked #1 of all states in terms of releases, although when you look at the whole US in terms of square miles, it came 12th.

(That said, Alaska is also one of the least populous US states, so the dark red isn't just a statistical anomaly.)

The town gets it name from a Russian naval officer who explored the region in the early 19th century, but its demography is mostly made up of the native Iñupiat people, who still rely today on hunting and fishing much like their ancestors did.

But not everybody in Kotzebue clings to these native traditions. 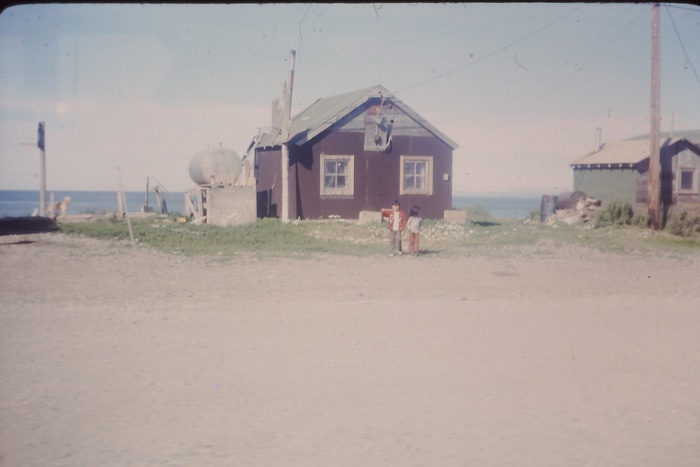 About 130 kilometres (80 miles north) of Kotzebue lies the Red Dog Mine, the main reason why the small town released a stunning 343 million kilograms (756.4 million lbs) of toxic chemicals into the environment in 2016 – single-handedly accounting for the toxic output of almost the entire state.

According to Anchorage-based environmental health researcher Pamela Miller, the Red Dog Mine's emissions of lead, cadmium, and mercury are why Kotzebue is now officially the most toxic town in America.

"I think these lands are going to be contaminated for the foreseeable future," she told National Geographic.

"It's a big concern, because many people in that area depend on subsistence food."

The people with the most at stake aren't actually the residents of Kotzebue, but the neighbouring native population of the village of Kivalina, located even closer to the mine, who say their children are getting sick because of their proximity to the facility and its toxic output.

Representatives asked the EPA to conduct a contamination assessment in the area back in 2014, but it still hasn't happened.

While the people of Kotzebue and Kivalina wait for something to change, the mine continues to dig, and its permits give it the power to do so until 2031.

The Toxics Release Inventory National Analysis for 2016 is available on the EPA's website, and you can find a great (readable) analysis of the findings here.