Images of incredible beams of light that appear to burst into space in Ontario, Canada, have gone viral this week, with people comparing them to something out of Star Trek or Close Encounters of the Third Kind.

To be fair, the phenomenon does look pretty alien. But, don't panic, there's a scientific explanation here.

The images were captured in North Bay, Ontario, by photographer and YouTuber Timmy Joe Elzinga, who initially freaked out when he spotted them out of his bathroom window in the middle of the night.

Elzinga was woken up on the early morning of January 6 by his son, when he saw this crazy light show going on, which he described as "beams of light flashing in the sky". The temperature at the time was around –18 degrees Celsius (–0.4 degrees Fahrenheit). 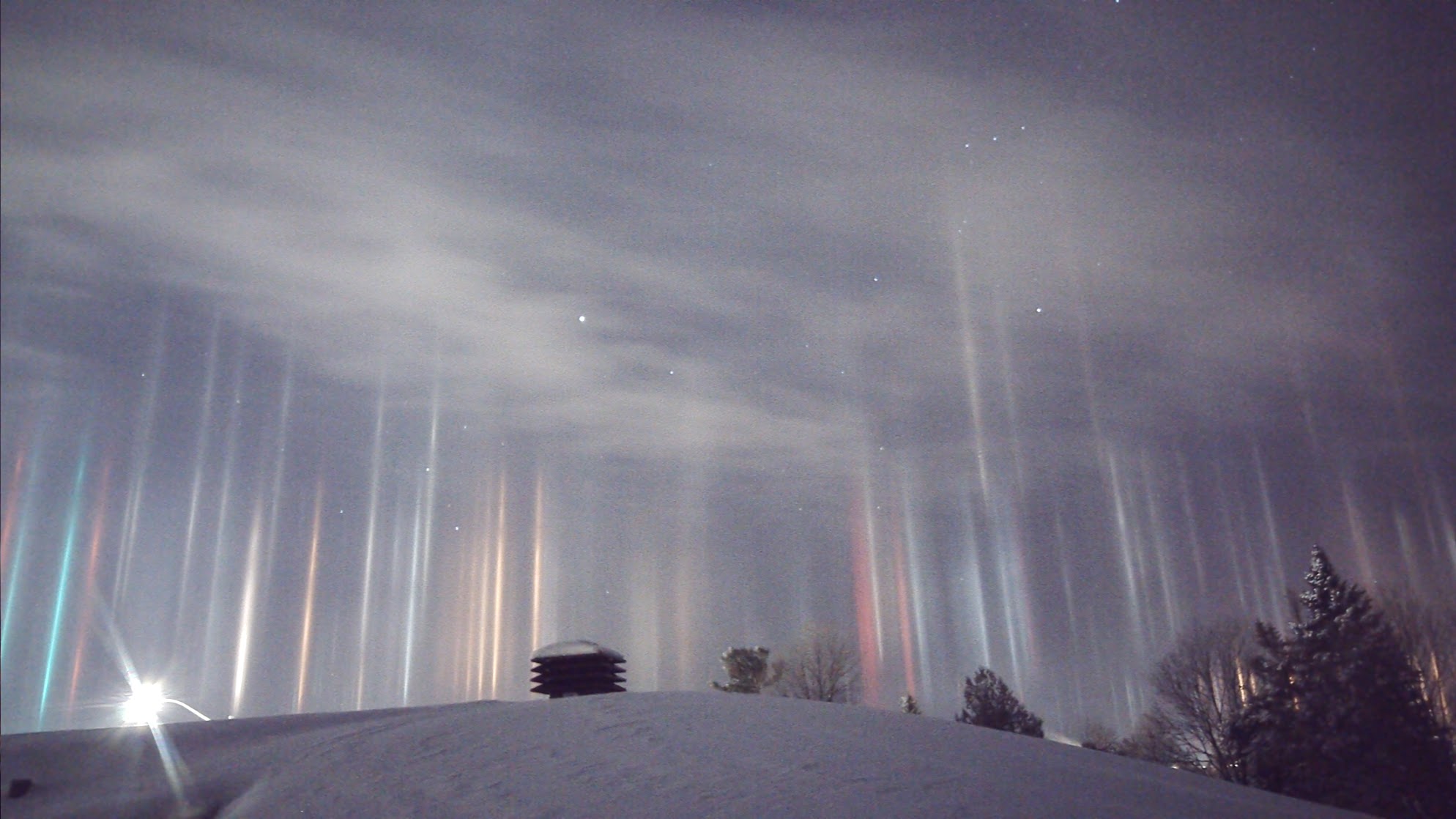 "I was freaking out, my wife came and took a look at it but I had to investigate further," Elzinga told ScienceAlert.

"I opened the bathroom window and even took the screen out so I could get those images. It was really cold. I thought they were the Northern Lights at first but I quickly realised this was something a lot more localised to my area," he added.

"The beams seemed to be coming from the ground in a lot of spots."

So what's going on?

The lights are actually a pretty common atmospheric phenomenon called light pillars. Although they look a lot like aurora, they're not related to the Northern Lights, which are caused by electrically charged particles from space exciting atoms in Earth's upper atmosphere, causing them to release spectacular light.

Instead, light pillars occur in freezing temperatures when flat, hexagonal ice crystals form lower in the atmosphere than they usually would.

When this happens, the crystals essentially form a collective, giant mirror, that can reflect a light source - such as city and car lights, which is what's happening here.

That sounds a little counterintuitive, because it looks like these pillars are beaming up to the sky. But in reality the opposite is happening - light travelling into space is being reflected back down to Earth, creating the illusion of a pillar.

"In reality, we're only seeing it because it got knocked back down to us," explains Esther Inglis-Arkell for io9.

Impressively, Elzinga was even able to capture some footage of the incredible light pillars.

Light pillars are an optical phenomenon that belongs to the halo family, because it's caused by the interaction of light with ice crystals. Other examples are sun dogs and halos - a halo photographed over the Himalayas is shown below: 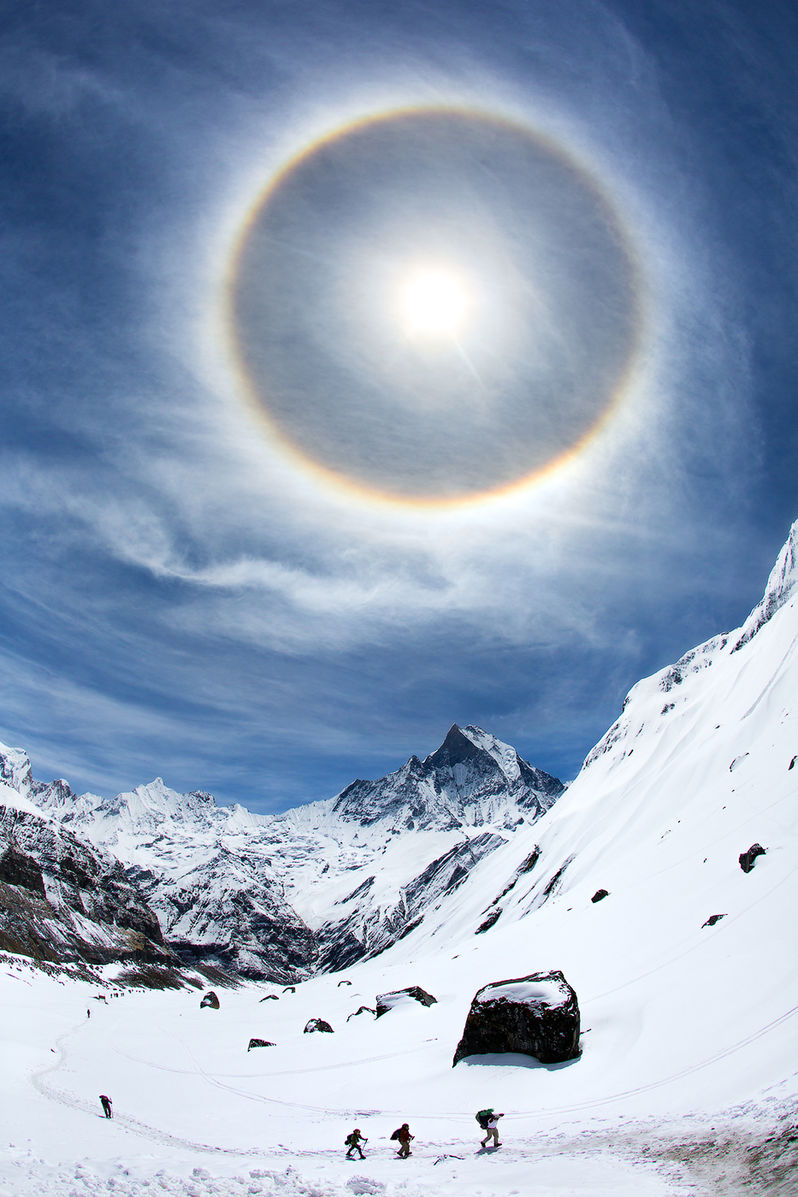 It just goes to show, nature is usually more spectacular than anything we can dream up in science fiction.