Mysterious Shards of Glass Are Strewn Across Miles of Desert, And We Finally Know Why

They first came to scientists' attention about a decade ago: A mysterious field of glass fragments, scattered across Chile's Atacama Desert, and aligned in a vast corridor stretching 75 kilometers long (almost 50 miles).

These strange pieces of glass, too many to be counted, are clustered in a number of sites along the desert corridor, and they take a number of shapes, some occurring in large slabs up to 50 centimeters (20 inches) across.

They have both rough and smooth features, and look as if they've been somehow folded and twisted into their current forms, scientists say.

"Many have morphologies indicative of sliding, shearing, twisting, rolling, and folding (in some cases, more than twice) before being fully quenched," researchers explain in a new study analyzing the glass, led by first author and planetary geologist Peter Schultz, a professor emeritus at Brown University, Rhode Island.

Whatever it was that triggered these violent, messy transformations roughly 12,000 years ago has never been fully understood.

An early hypothesis suggested they could be the result of a large meteor exploding in the atmosphere – a giant airburst throwing fragments of hot, fiery space rock onto the desert surface, with the extra-terrestrial shrapnel melting the sand and soil on the spot.

That's not as far-fetched as it may sound at first. Mysterious glass remnants like this have been found in numerous locations across the planet, and in many cases, meteoric explosions or impacts are taken as the most likely explanations for how the glass got there.

Not that space rocks are the only hypothetical argument to consider. In the case of Atacama's glass shards, scientists have also suggested they could have formed in the furnace of natural surface fires, in a different age and climate when the desert was covered in more abundant vegetation. 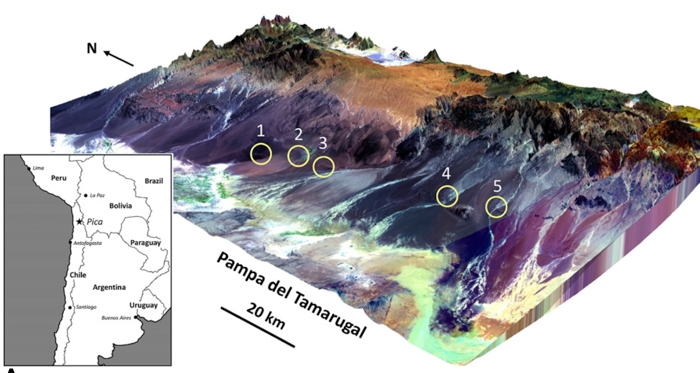 So which is it? According to Schultz and colleagues, the extra-terrestrial space rock hypothesis is actually the more likely explanation here.

In the new study, the researchers collected and studied over 300 samples of the desert glass, examining them under an electron microscope, and analyzing their chemical composition through spectroscopy.

The results, the team says, unequivocally suggest the glass is not wholly of this planet.

"This is the first time we have clear evidence of glasses on Earth that were created by the thermal radiation and winds from a fireball exploding just above the surface," Schultz says.

According to the researchers, minerals in the glass called zircons had decomposed to form the mineral baddeleyite, which would have required extremely hot temperatures of above 1,670 °C, which is far hotter than a wildfire. 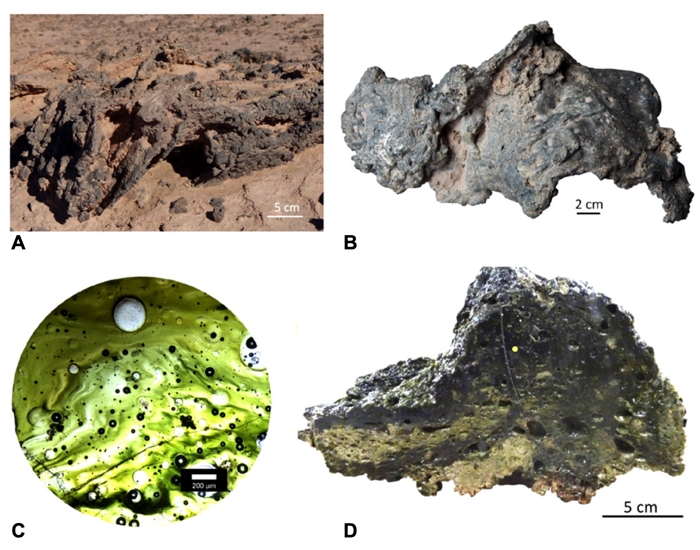 But that's not all. The glass fragments also contained thousands of exotic mineral grains, of a kind rarely seen on Earth; so rare in fact, they're only known to occur in meteorites and other extraterrestrial rocks.

Some of these strange minerals, including extraterrestrial cubanite, were previously identified by NASA's Stardust mission, which collected samples from the comet Wild 2 in 2004.

It's too early to say for sure, but whatever the long-gone object was that created these strange fields of glass in the Atacama desert, it might have borne some kind of relation to Wild 2, at least in terms of its composition.

Another coincidence that bears further investigation is that the timing of this airburst broadly overlaps with the disappearance of Quaternary megafauna in South America, which itself coincided with both the arrival of ancient hunter-gatherers in the area, and changes in climate as well. 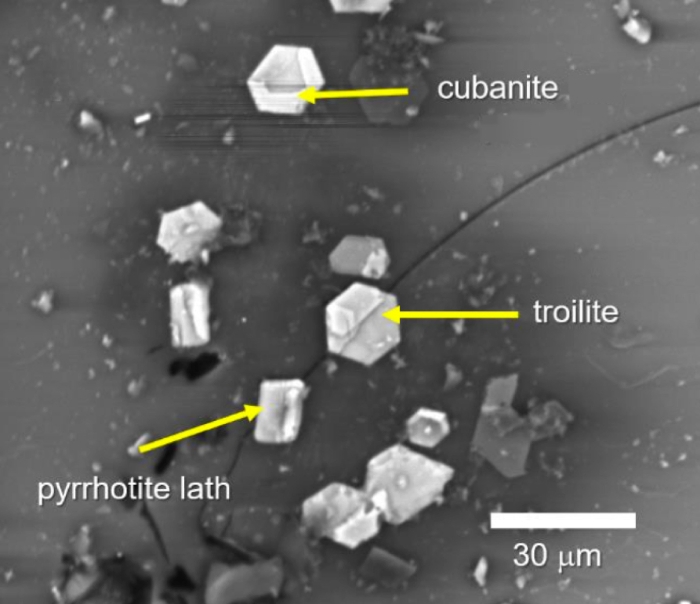 As for whether the meteoric airburst may have had anything to do with that extinction, it's not yet clear.

"It's too soon to say if there was a causal connection or not," Schultz says. "But what we can say is that this event did happen around the same time as when we think the megafauna disappeared, which is intriguing."