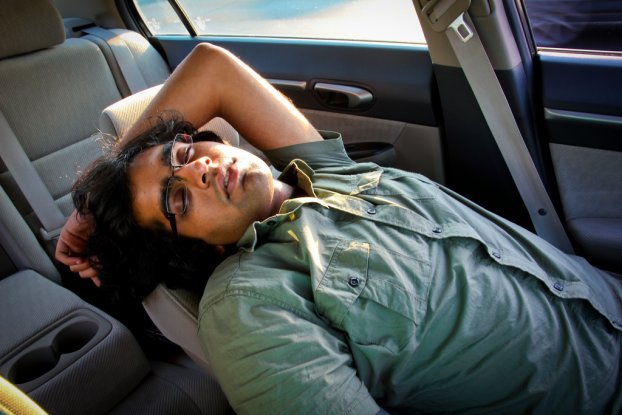 Napping May Be Able to Reverse The Damage of Sleep Deprivation

We all know that not getting enough sleep is pretty terrible for our health. It's been linked to weight gain, poor immunity and cardiovacular disease. But, unfortunately, not all of us are able to get the recommended seven to nine hours of sleep a night. Because life.

However, a promising, albeit small, new study suggests that a short nap doesn't just make us more alert, it might also be able to reverse some of the stress and immune damage caused by of a lack of sleep.

"Our data suggests a 30-minute nap can reverse the hormonal impact of a night of poor sleep," said Brice Faraut from the Université Paris Descartes-Sorbonne Paris Cité in France, who was involved in the research, in a press release. "This is the first study that found napping could restore biomarkers of neuroendocrine and immune health to normal levels."

The researchers looked at 11 healthy men, aged between 25 and 32, who underwent testing in a sleep lab, where light and diet were both strictly controlled.

During one of the three-day sessions, the men were only allowed to sleep for two hours during the night and weren't allowed to nap the next day. But in another session, the subjects were able to take two 30-minute naps the day after being sleep-deprived. They also observed the men when they were allowed to sleep as much as they wanted.

Throughout the process, the team studied the afternoon hormone and protein levels in the urine and saliva of the participants. They found that when the men were only allowed to sleep for two hours, there was a 2.5-fold increase in their levels of norepinephrine - a hormone and neurotransmitter that's involved in the body's fight-or-flight stress response.

The levels of interleukin-6, a protein that has antiviral properties, also dropped following a night of poor sleep, which suggests that their immune systems were impaired.

But when the participants were allowed to nap the next day, the researchers found that the levels of norepinephrine and interleukin-6 were unchanged - suggesting that their immune systems and stress levels had recovered.

"Napping may offer a way to counter the damaging effects of sleep restriction by helping the immune and neuroendocrine systems to recover," said Faraut in the release. "The findings support the development of practical strategies for addressing chronically sleep-deprived populations, such as night and shift workers."

While interesting, the study was performed on a small study size and hormone levels are notorious for fluctuating throughout the day, so more testing definitely needs to be done before we can claim that napping can heal our all-nighters. But the fact that napping is such an easy practice to implement makes this pretty promising research.

Publishing in The Journal of Clinical Endocrinology & Metabolism, the researchers conclude: "Napping could be easily applied in real settings as a countermeasure to the detrimental health consequences of sleep debt."

With a university in the UK recently opening napping rooms for their students, and companies such as Google embracing the siesta, we can only hope this research makes the practice even more acceptable - because just look at all the stuff our bodies are doing while we're asleep.

And find out in the AsapSCIENCE video below what happens when we stop sleeping altogether.