Can we just take a moment to appreciate how incredible our Solar System is? Sure, pretty much everywhere other than our own planet is a deathtrap, with acid rain pouring down on Venus and storms three times the size of Earth swirling around Jupiter, but you don’t have to look too hard to find the unique beauty in our neighbouring planets and moons.

And with unique beauty comes... tourism! From the diamond-inspired cloud observatory of Venus to Jupiter’s aurorae-backed balloon ride, the design team from NASA’s Jet Propulsion Laboratory (JPL) have taken us back to the future with this new batch of retro space tourism posters.

The "Visions of the Future" series features seven original posters released this week, plus seven "Exoplanet Travel Bureau" posters that were published around this time last year. And these haven’t just been dreamt up by anyone - the designers behind the posters have been consulting with JPL scientists and engineers to come up with tourism scenarios that are as realistic as they are fantastical.

According to Sean O’Kane at The Verge, the studio was founded more than a decade ago, and since then, the team has been helping NASA scientists tap into the creative aspects of space exploration.

"We're huge science fiction fans, but sometimes it's positioned only in that way that it's science fiction," JPL designer David Delgado told him. "What’s kind of special is we're working with people who are actively trying to make these things come to life."

So what does our "Maybe, probably not, but maybe" future of space travel look like?

Well, hopefully there will still be enough tranquil forests and nuclear deer families left for us to come home to in the future, because the Earth poster below looks super chill. And we're gonna need a place to relax after ballooning around the purple haze of Jupiter's aurorae (that are literally bigger than the entire Earth) and hoofing it through the extensive subterranean aquariums of its moon Europa (scientists suspect there are liquid oceans churning beneath its icy surface).

If the dwarf planet Ceres looks a bit gaudy for your tastes - it's the only place to stock up on water for a while, so you can guess how quickly someone's going to put a casino on it - you can always hang out and have a champagne on the very classy Cloud 9 Observatory of Venus. This might actually be the most realistic poster of the bunch, with NASA scientists having already tossed up the idea of sending piloted, helium-filled airships through the Venusian atmosphere at some point.

"[It] would definitely be a very big technological challenge, but it is something that we envision could be possible down the road," Chris Jones from NASA's Langley Research Centre told Space.com last year.

So dream on, friends. NASA gets to do it, so we can too. Browse the new and old posters below, and be sure to download your favourites in high-res for free over at the JPL website. 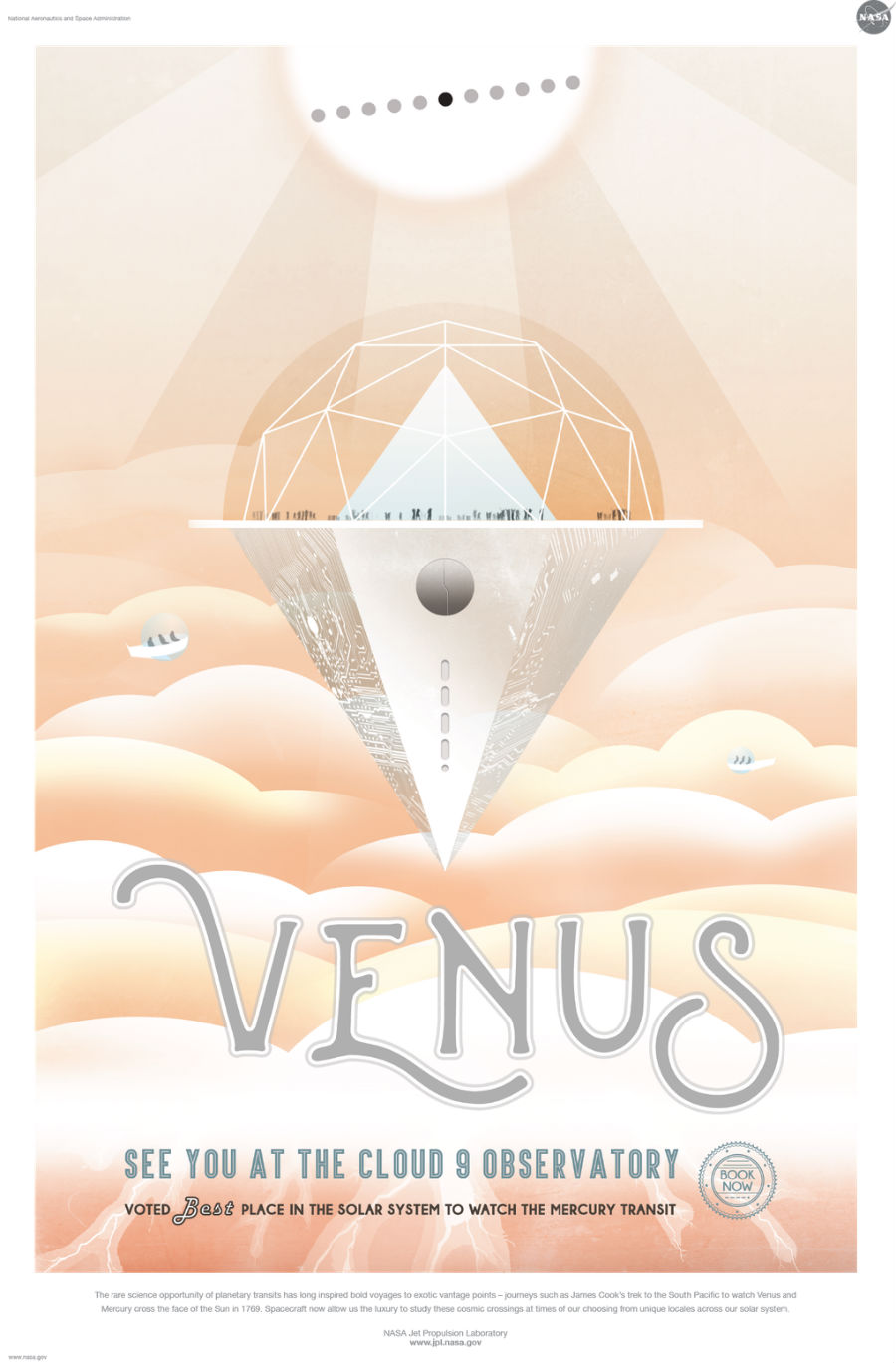 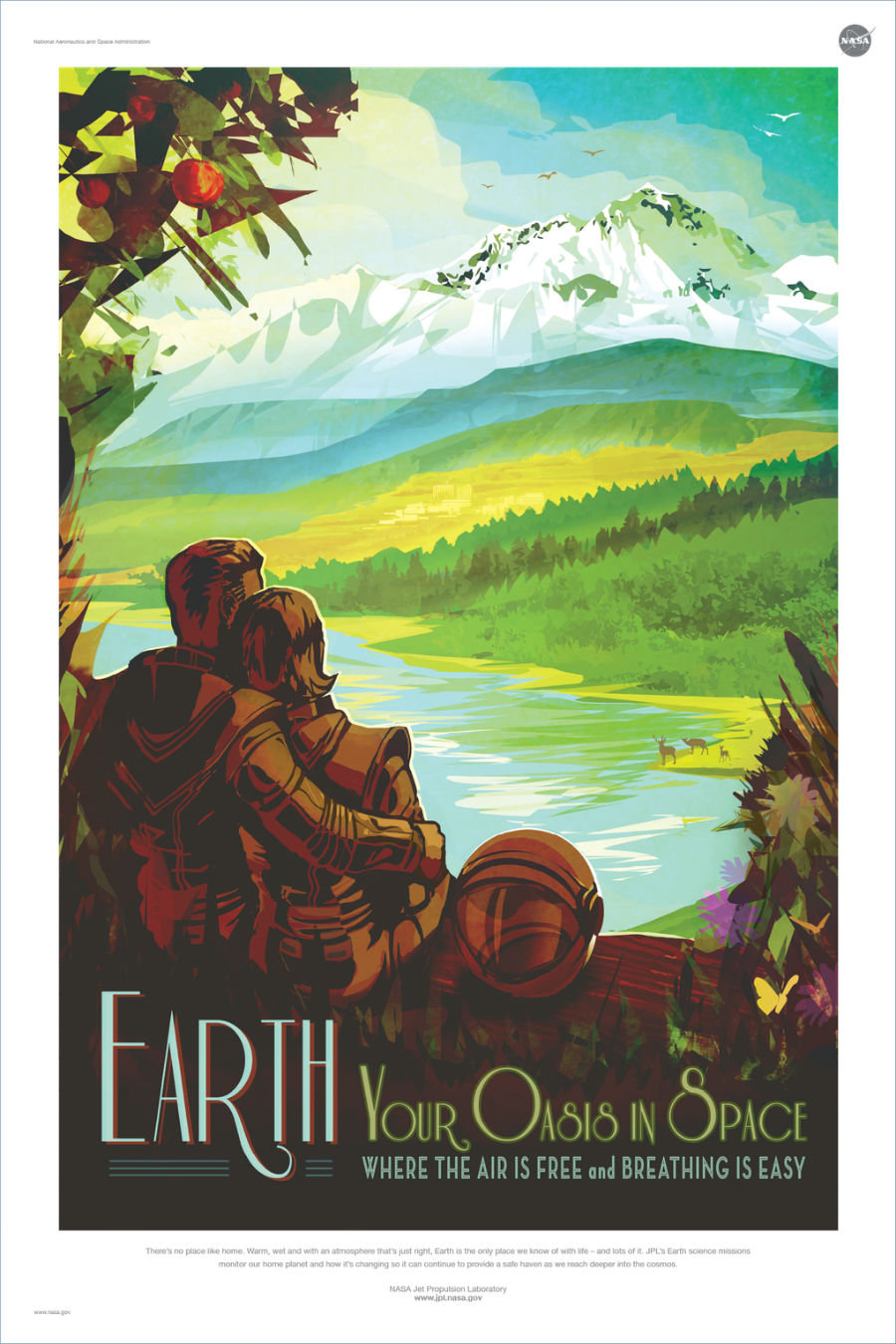 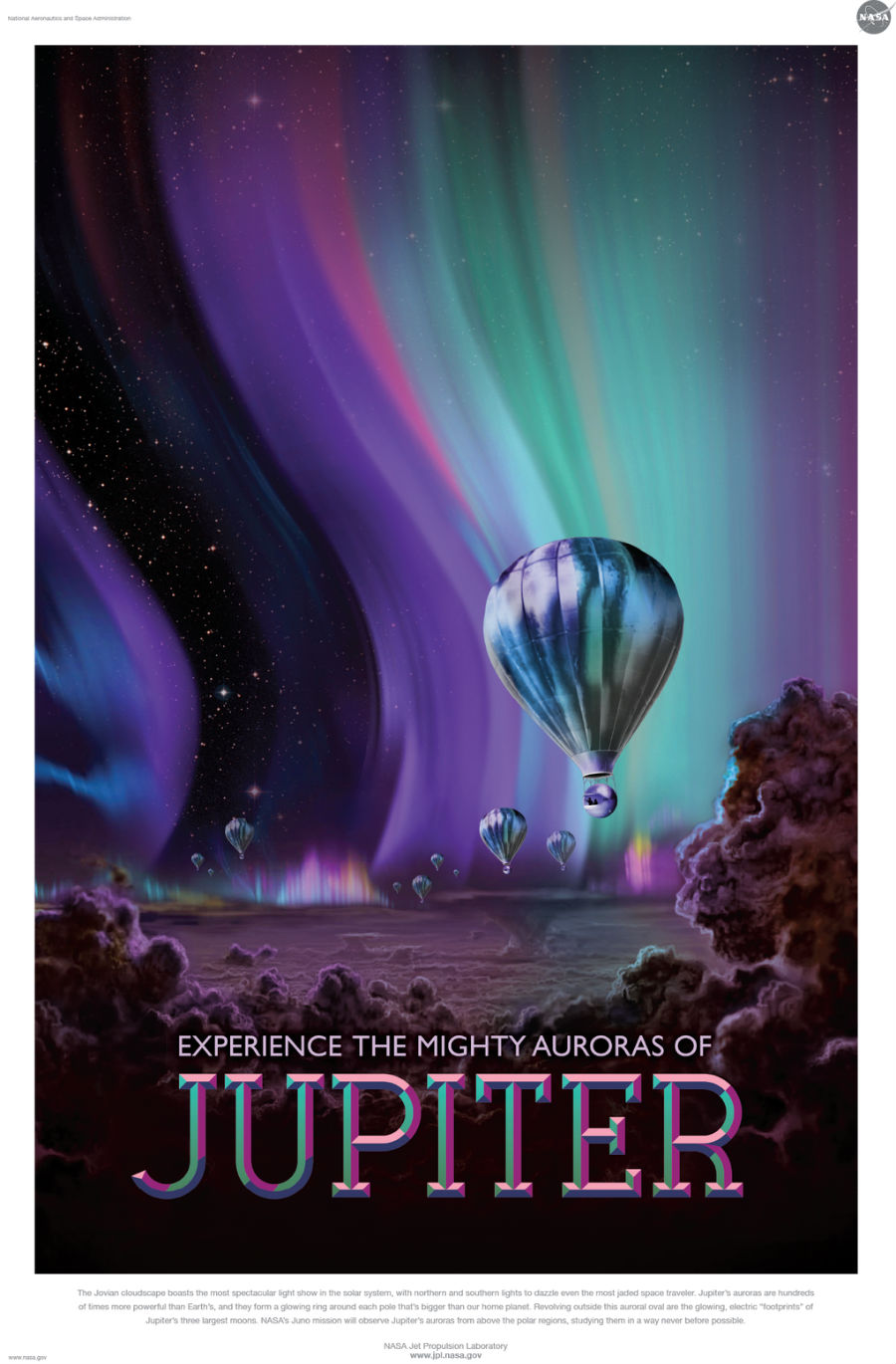 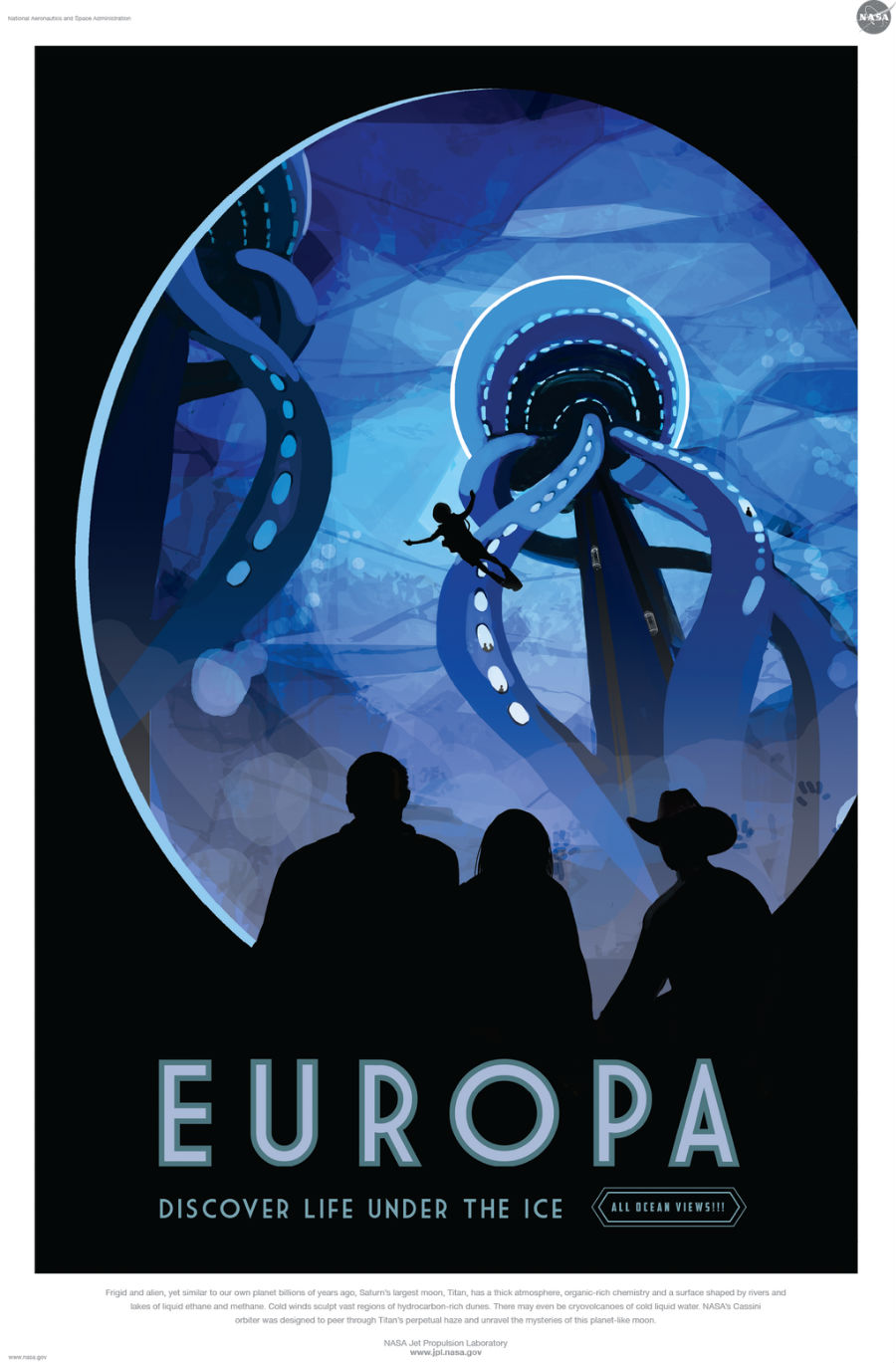 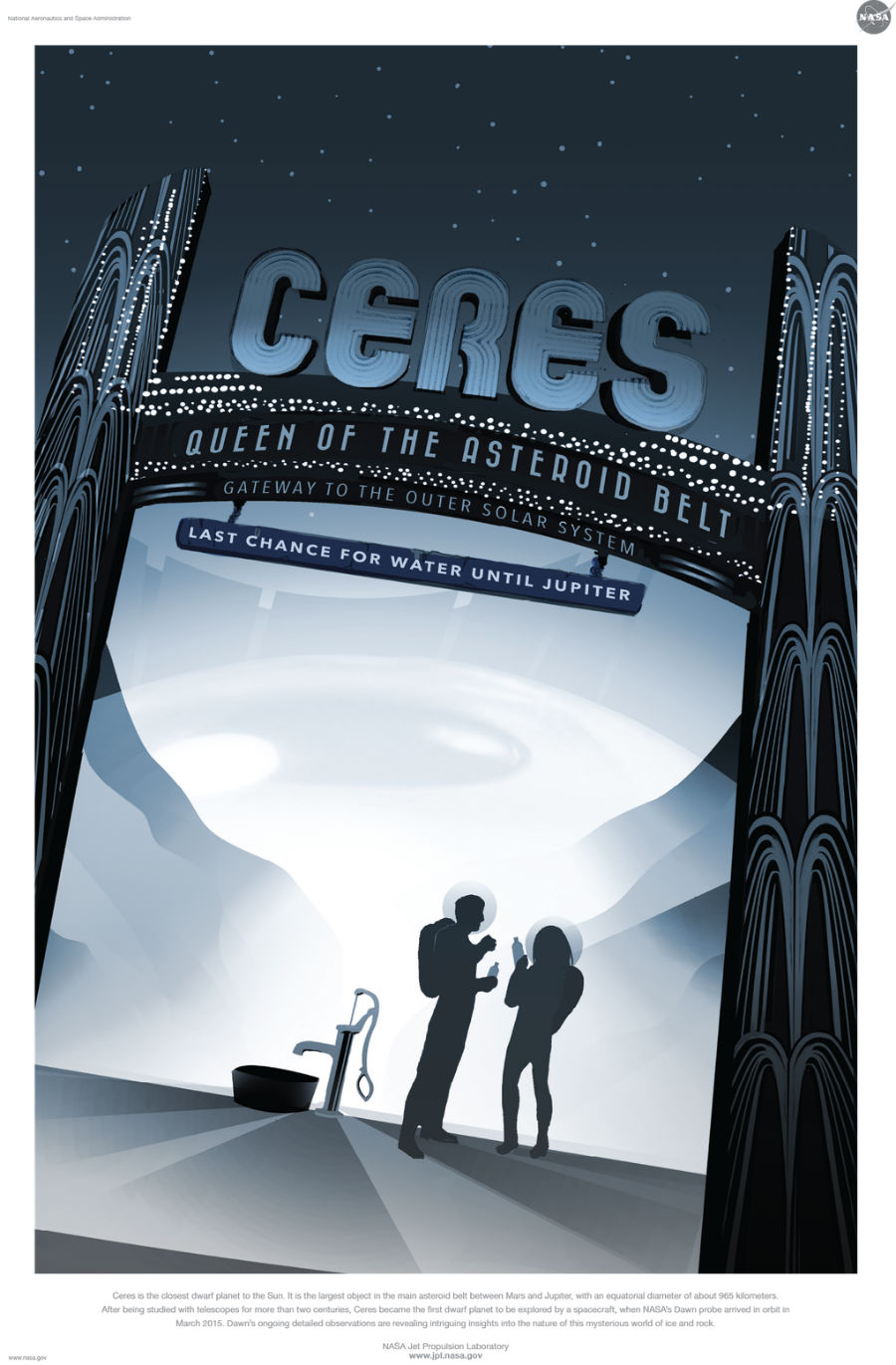 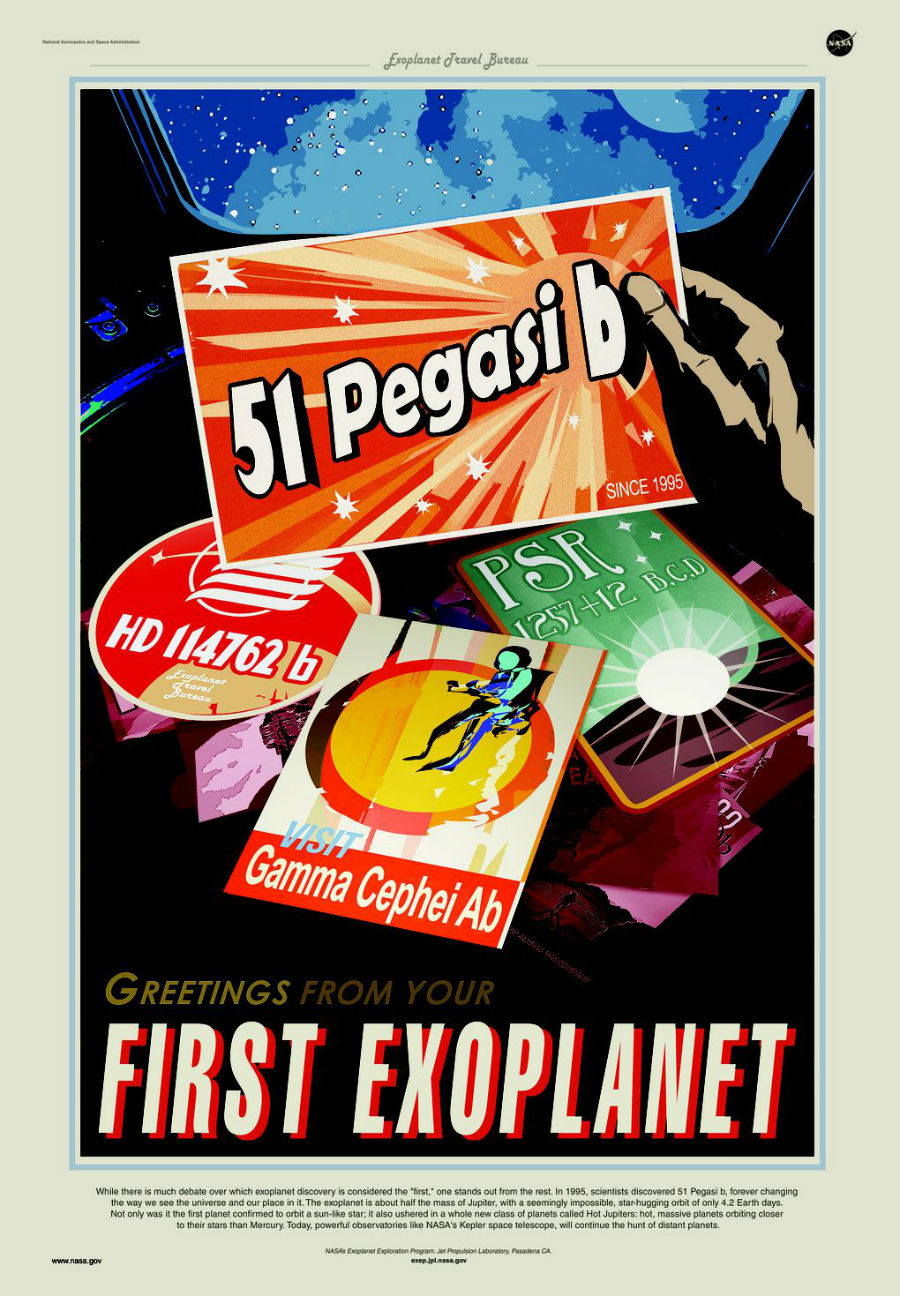 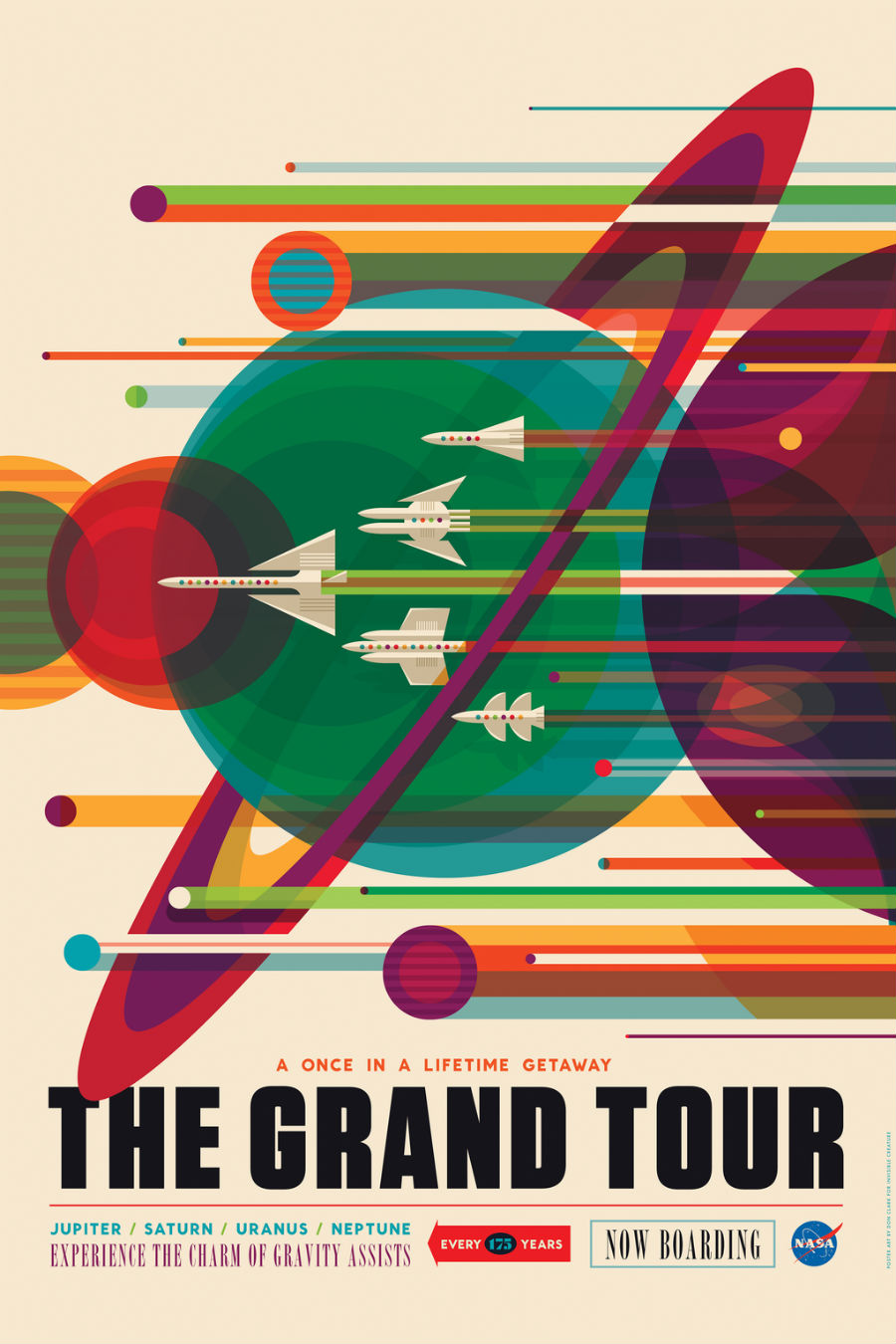 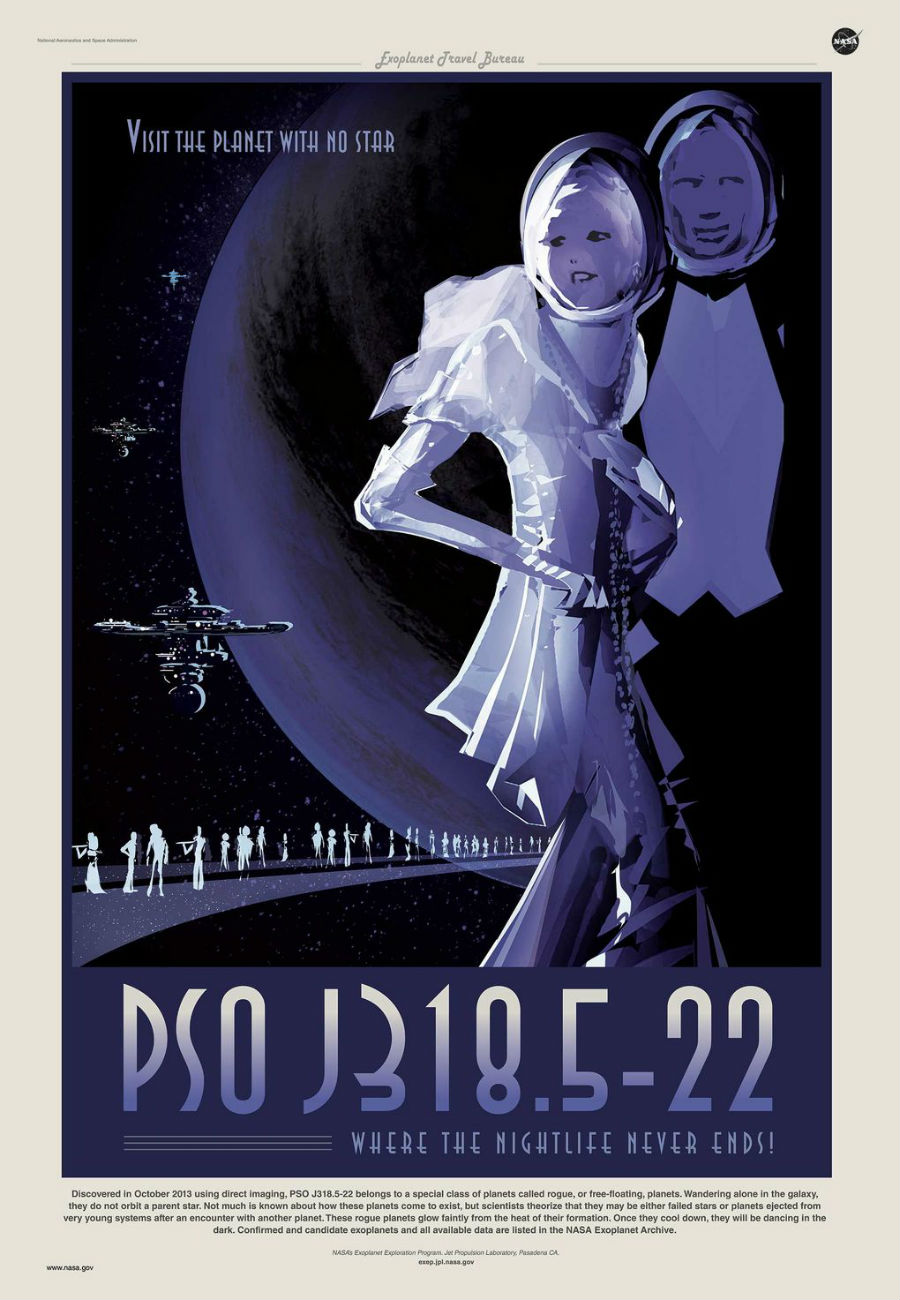 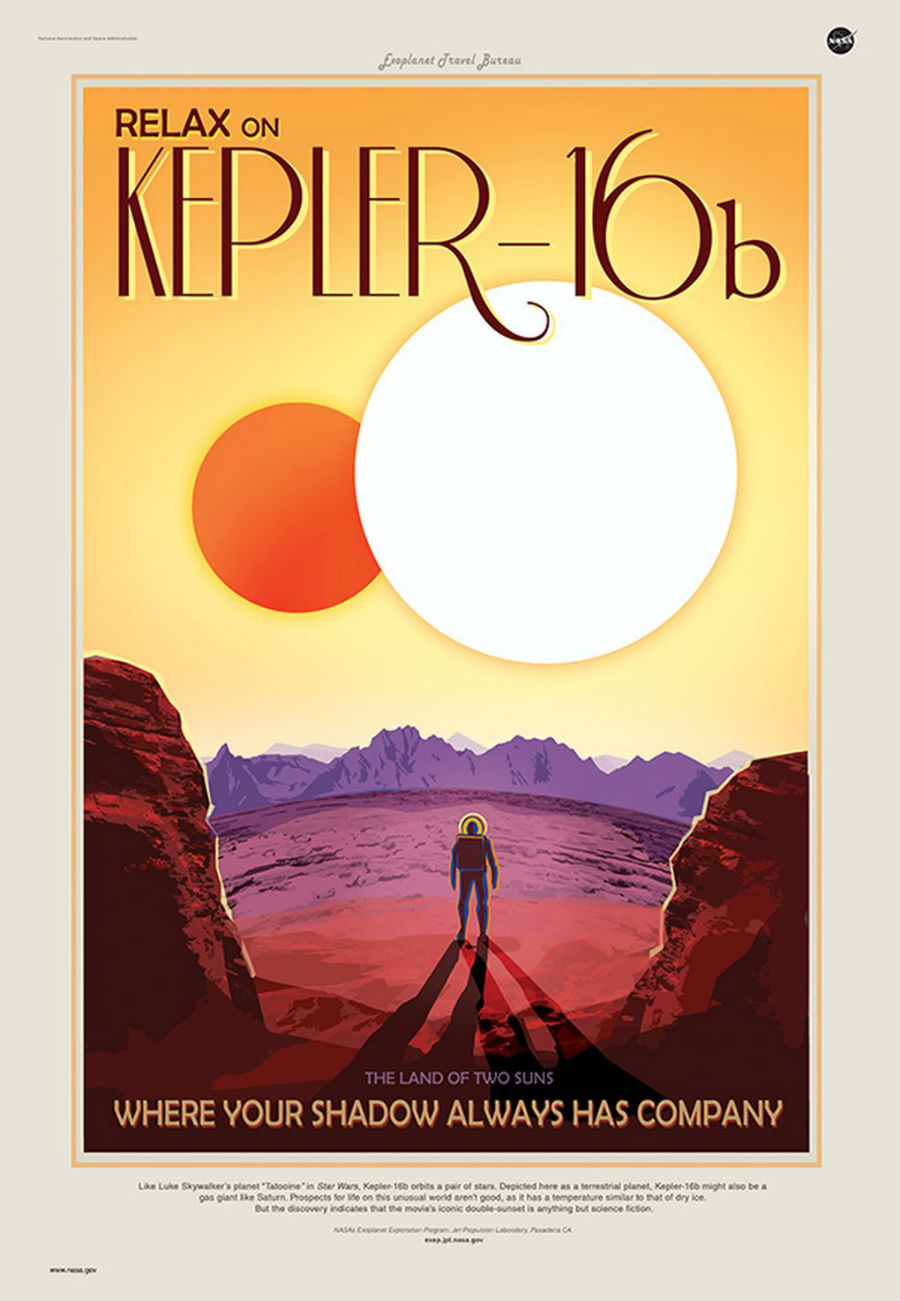 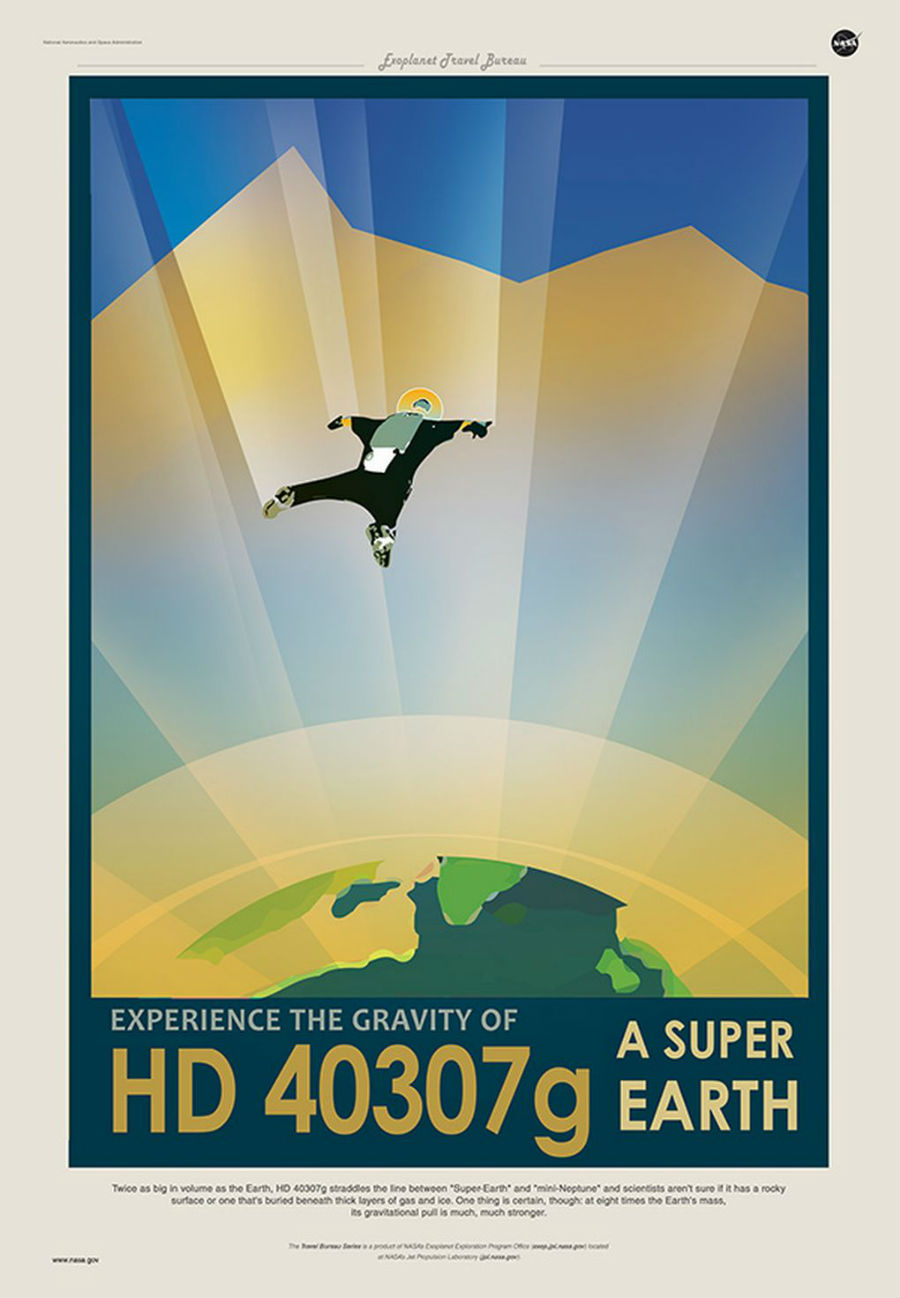 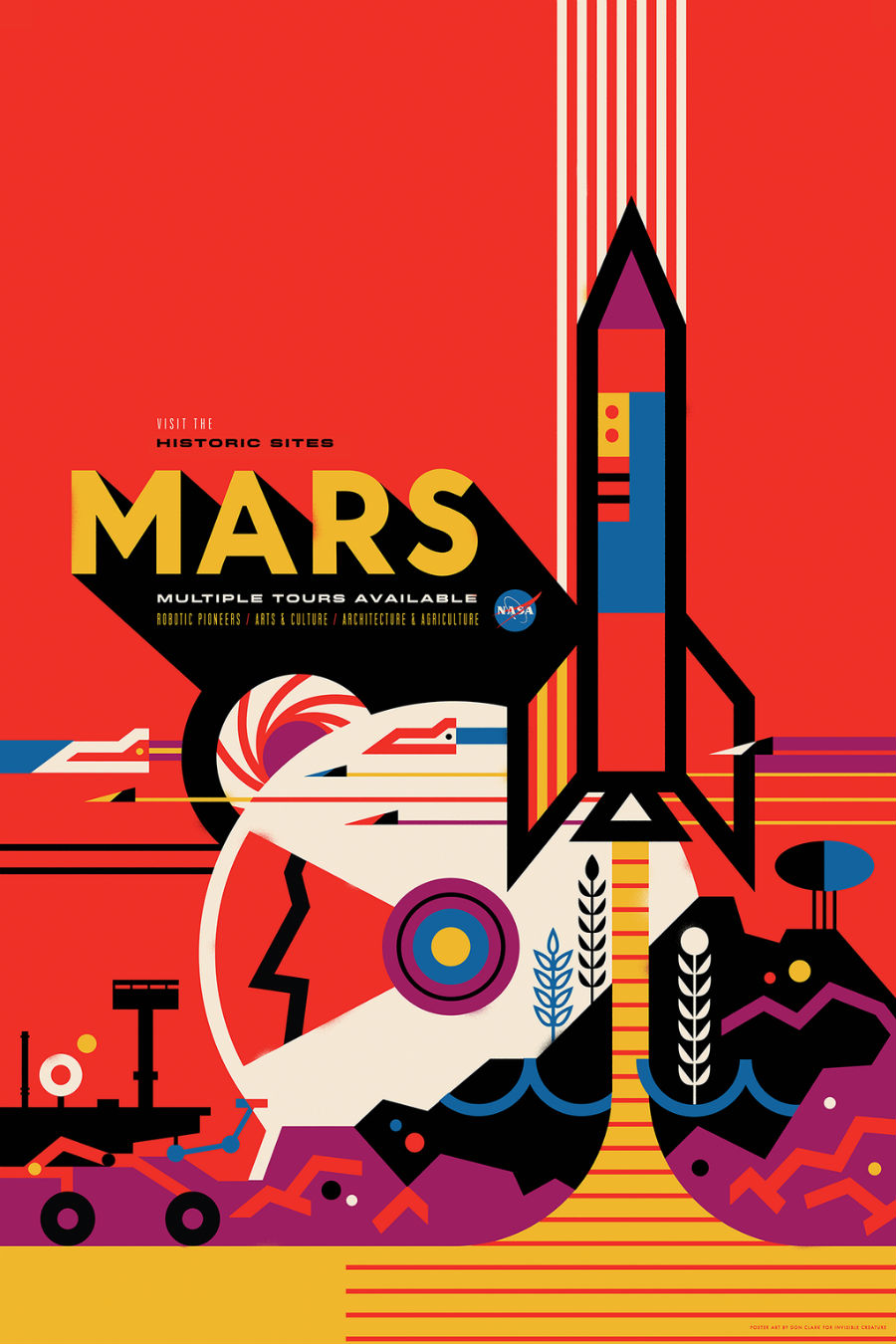 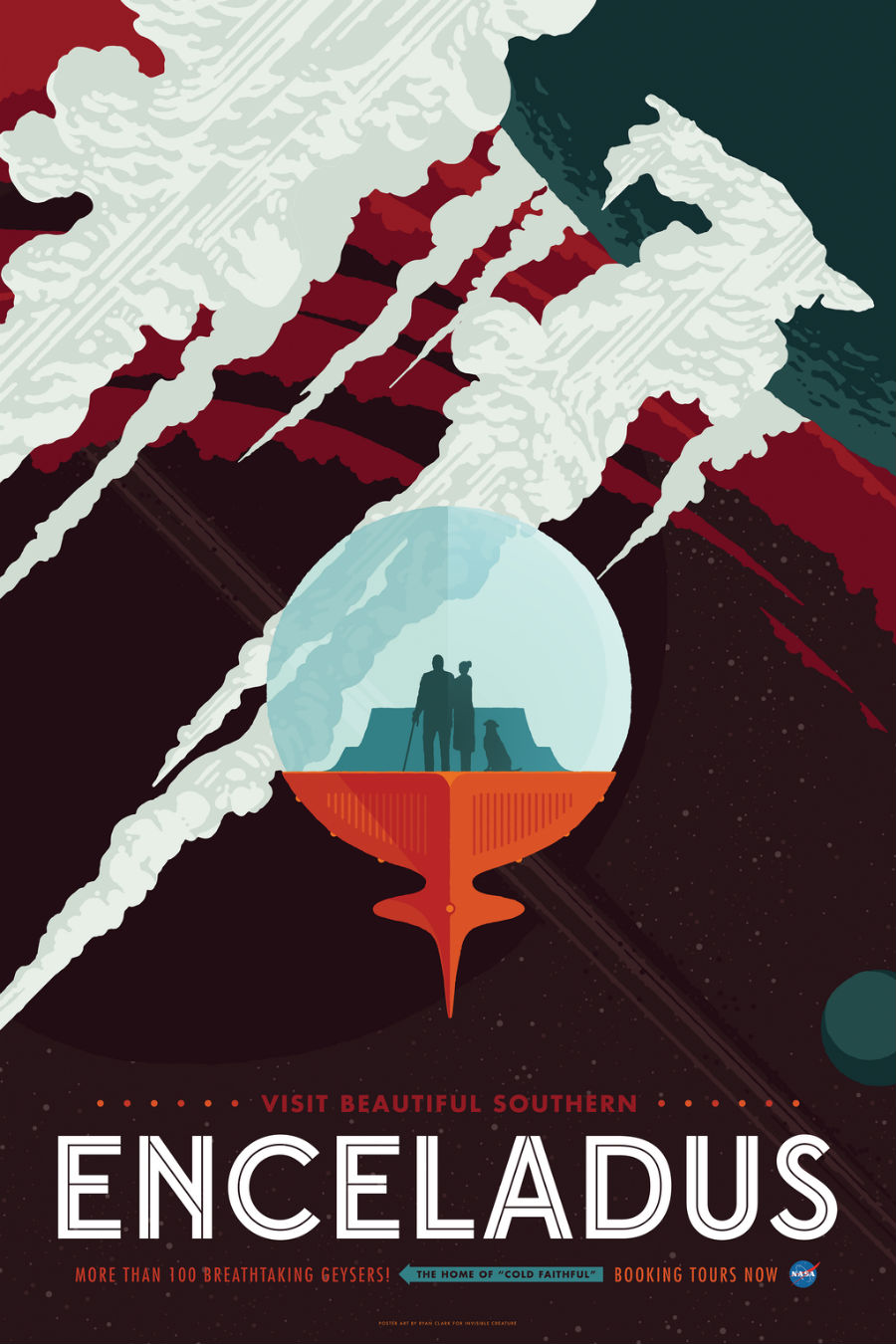