NASA's About to Make a Big Exoplanet Announcement, Watch It Live Here!

NASA has had a pretty big month already, but apparently the US space agency's not done yet. The Ames Research Centre team has revealed that they'll be making a big announcement on Thursday at 4pm UTC (9am PDT on Thursday, or 2am AEST on Friday) about the exoplanet-hunting Kepler mission. And speculation is already running wild that they may be about to announce the discovery of a new Earth-like planet in the habitable zone of a star… in other words, a potential new home for humanity (or prime spot to look for extraterrestiral life). You can watch the announcement live at the bottom of this page.

Obviously let's not get too excited just yet, because we're far from having any concrete confirmation that such an announcement on the cards. But NASA did tease us with their press release. "Exoplanets, especially small Earth-size worlds, belonged within the realm of science fiction just 21 years ago," they announced. "Today, and thousands of discoveries later, astronomers are on the cusp of finding something people have dreamed about for thousands of years - another Earth."

It's been 20 years since the first exoplanet orbiting another star similar to our Sun was discovered by Polish astronomer Aleksander Wolszczan. In 2009, NASA launched the Kepler spacecraft, with the sole mission of surveying our region of the Milky Way and looking for potentially habitable Earth-like planets. In the six years since, it's found 1,028 exoplanets, and more than 20 of those have been classified as 'potentially habitable'.

Of course, everything we know about these planets comes from the slight dimming of the light emitted by their home stars as the planets orbit in front of them. And they're all hundreds, if not thousands, of light-years away, so we really have no way of knowing just how habitable they actually are. For example, Kepler 438b is our best shot at finding an Earth 2.0 right now, and it's 1,100 light-years away, with only a 60 percent chance of being rocky. So we have a long way to go before we can pack up and move planets.

This Thurs we share more results from the mission. Join us?#NASABeyondhttp://t.co/XDcHDk32TH pic.twitter.com/OtRP28W4po

But what Kepler is looking for are planets that are half to twice the size of Earth that are located in the 'Goldilocks Zone' of habitability. That means that the planet isn't so close to its star that any liquid water would have evaporated, but it's not so far away that it would have frozen solid. Ideally, we need something like Earth, that's just right.

And maybe NASA is about to tell us we've done just that. Okay, who are we kidding? We can't help but get excited. You can watch the briefing live here on Thursday, at 4pm UTC (9am PDT on Thursday or 2am AEST on Friday):

Oh, and while you're waiting for the announcement, check out this illustrated guide of some of our potential future homes, via the Planetary Habitability Laboratory: 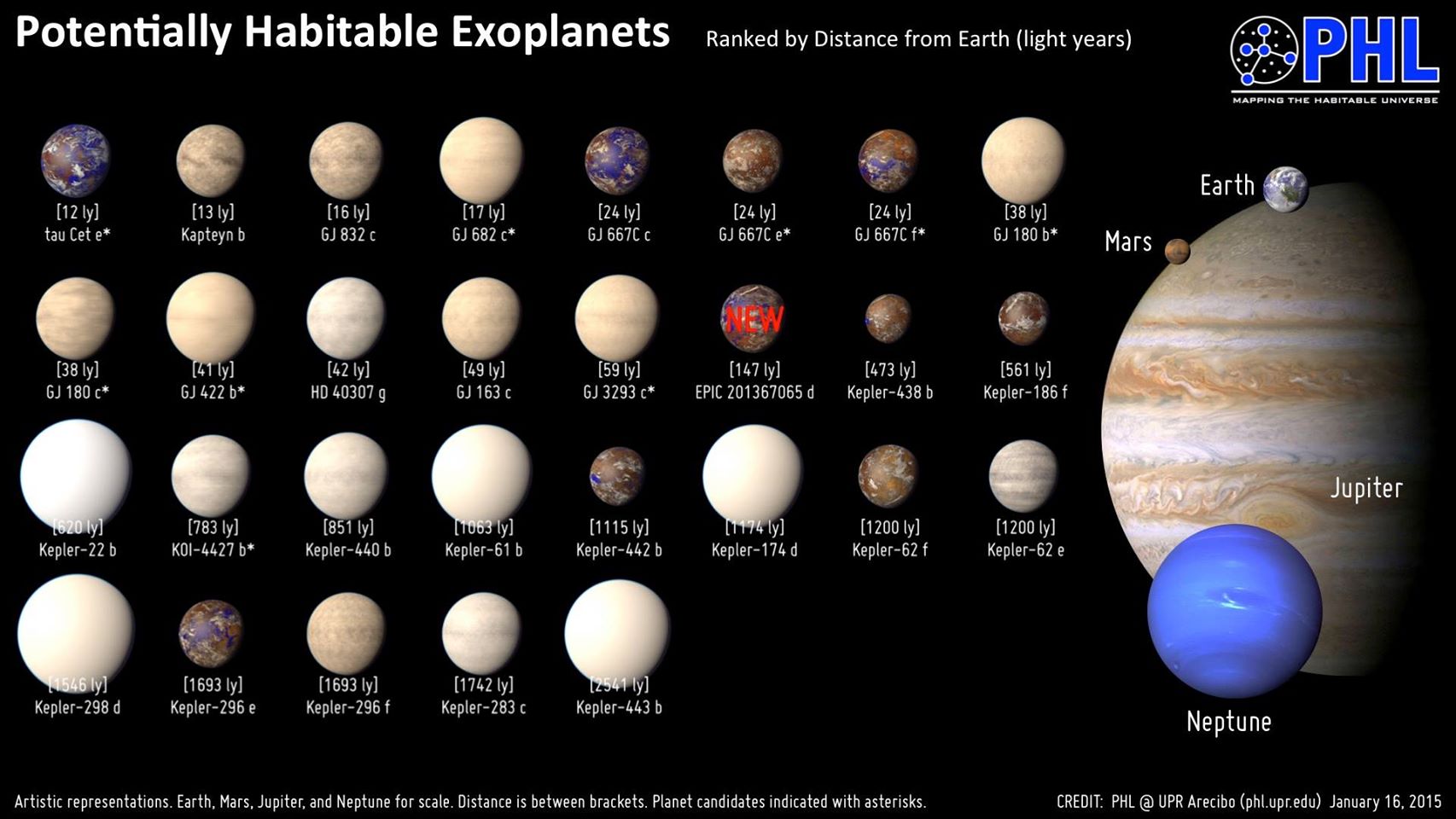