Despite how far we've come in space exploration, one thing still holding us back from interstellar travel is our slow spacecraft. While we're able to propel particles to close to the speed of light in the lab, we're struggling to even accelerate spacecraft to beyond 3 percent of that. With our current technology, it's estimated it'll take humans around five months to reach Mars.

But NASA scientist Philip Lubin is working on a system where lasers propel spacecraft with giant sails to the Red Planet in as little as three days. Much like Bill Nye's much-hyped solar sail, this 'photonic propulsion' system relies on the momentum of photons - particles of light - to move forward. But instead of photons from the Sun's rays, Lubin's design would be given a push by giant Earth-based lasers.

It sounds pretty far-fetched, but in a video for NASA 360, Lubin explains that the technology is very much readily available, and that the system could easily be scaled up.

"There are recent advances that take this from science fiction to science reality," Lubin explains. "There is no known reason why we can not do this."

But let's step back for a second and investigate how the system works. Right now, when we launch spacecraft, the thrust comes from burning a chemical, such as rocket fuel. Not only does this fuel source weigh down spacecraft, it's also an incredibly inefficient system when compared to electromagnetic acceleration, which is the use of light or other electromagnetic radiation to accelerate objects.

"Electromagnetic acceleration is only limited by the speed of light while chemical systems are limited to the energy of chemical processes," writes Lubin in a paper on the technology.

But while electromagnetic acceleration in the lab is relatively straightforward, it requires a lot of complicated and expensive equipment - such as the ring of superconducting magnets that make up the Large Hadron Collider - and hasn't been easy to scale up to the size required for space travel.

One candidate propulsion system, known as the 'impossible' EM Drive, has received a whole lot of attention for allegedly achieving electromagnetic acceleration, but NASA scientists still haven't been able to figure out how it works, or prove that it wasn't an experimental anomaly.

Photonic propulsion, on the other hand, works in theory, regardless of the scale, making it a more viable candidate. 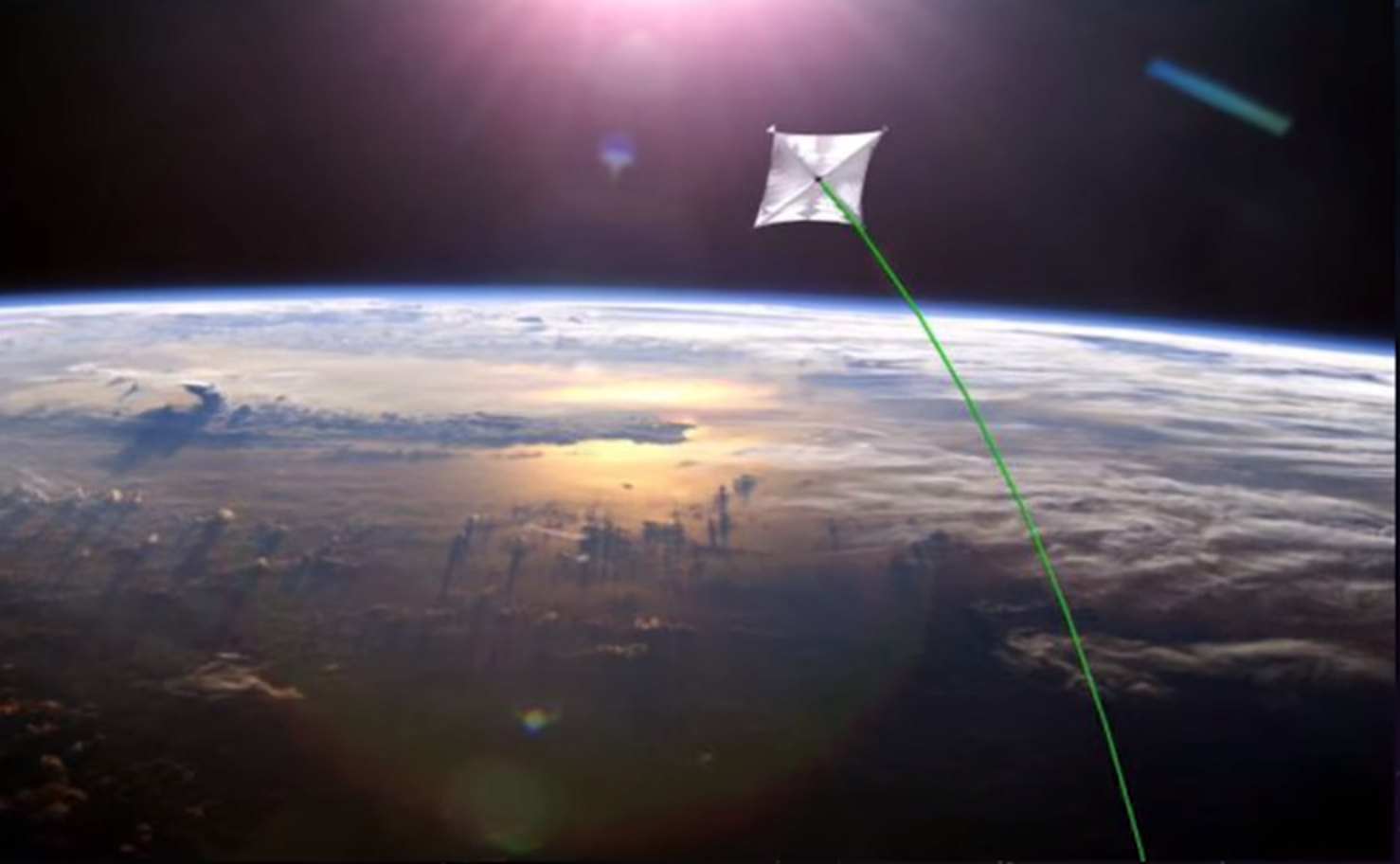 So how do photons work to propel something as big as a spacecraft? Despite not having any mass, particles of light have both energy and momentum, and when they reflect off an object, that momentum is transferred into a little push. With a large, reflective sail, it's possible to generate enough momentum to gradually accelerate a spacecraft.

While Lubin and his team haven't yet tried out their system, their calculations show that photonic propulsion could get a 100-kg robotic craft to Mars in just three days.

A larger craft, like the kind humans might travel in, would take around a month to get there - one-fifth of the time it would take the Space Launch System (SLS), the world's most powerful rocket currently being developed to take us to Mars.

Lubin also explains that in the 10 minutes it will take to get the SLS into orbit, photonic propulsion could propel a spacecraft to an unheard-of 30 percent the speed of light - and it would also use a similar amount of chemical energy (50 to 100 gigawatts) to do so.

But the real benefit of photonic propulsion comes over longer distances, where the spacecraft has more time to speed up, and could eventually take us outside our Solar System and to neighbouring stars.

To be clear, the system isn't designed to send humans across interstellar distances - first of all, robots are far better equipped for that mission, and secondly, we'd be far too heavy. Instead, Lubin proposes wafer-thin spacecraft that can get close to the speed of light.

But sending our own artificial intelligence to these distant solar systems - especially ones that potentially harbour habitable planets - would still be huge.

"The human factor of exploring the nearest stars and exoplanets would be a profound voyage for humanity, one whose non-scientific implications would be enormous," writes Lubin. "It is time to begin this inevitable journey beyond our home."

Lubin and his team last year received a proof-of-concept grant from NASA to show that photonic propulsion could be used for space travel, so we should start seeing some real-life results soon. Let's hope that the reality lives up to the hype, because we're pretty excited.