This Giant Croc of The Jurassic Era Could "Outcompete" Apex Dinosaurs

Scientists have studied newly identified fossils belonging to a fearsome land predator that roamed Madagascar during the Jurassic period some 170 million years ago, and which could even have dominated dinosaurs in the contest for prey.

The extinct crocodile-like Razanandrongobe sakalavae (nicknamed 'Razana') featured an enormous jaw bearing huge 15cm-long (6 inch) serrated teeth similar to those of a Tyrannosaurus rex – suggesting the beast didn't content itself with mere plant food, but chomped through the hard bone and flesh of other animals.

"Like these and other gigantic crocs from the Cretaceous, 'Razana' could outcompete even theropod dinosaurs, at the top of the food chain", says palaeontologist Cristiano Dal Sasso from the Natural History Museum of Milan.

The species was first discovered by the same research team over a decade ago, but a lack of fossil evidence meant the scientists weren't completely sure where Razana belonged in an evolutionary context – and whether or not it was actually a kind of dinosaur that had remained unknown to scientists. 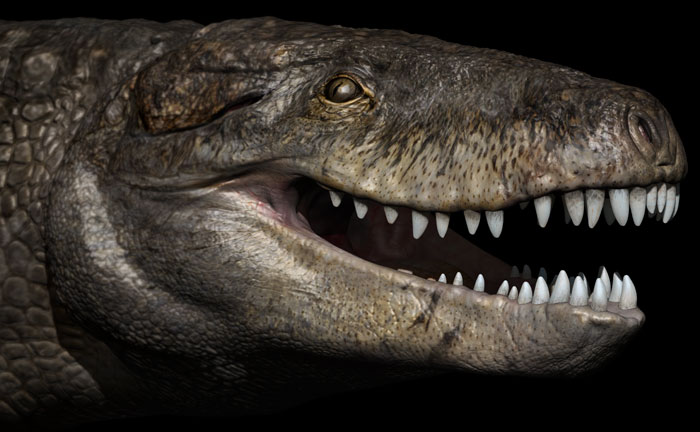 Now, thanks to an analysis of newly surfaced skull fossils that were excavated back in the 1970s but which had remained hidden in a private collection until only recently, we know that this gigantic predator was no dinosaur, but instead the oldest and likely the largest of the notosuchians – an ancient sub-order of crocodylomorphs, to which modern crocodiles are related.

But unlike today's crocs that are relatively 'flattened' in appearance, the notosuchians bore deep skulls and erect limbs that enabled a more elevated posture, estimated to let them stand almost as tall as a human.

"Based on the preserved skull bones, we infer a body shape similar to that of baurusuchids [a South America notosuchian species], and consequently an overall length of 7 metres [23 feet] … and a weight of 800-1,000 kilograms [approx 1,760 to 2,200 lbs]," Dal Sasso told BBC News.

This length and weight would put them in the same ballpark as today's adult saltwater crocodiles, but although Razana likely had the ability to swim, its taller frame and powerful limbs would have enabled a different kind of movement and hunting behaviour.

"Razana was probably an opportunistic animal, just like hyenas and lions," Dal Sasso explained to Becky Ferriera at Motherboard.

"[N]ot a very fast runner, but an ambush predator, and a scavenger." 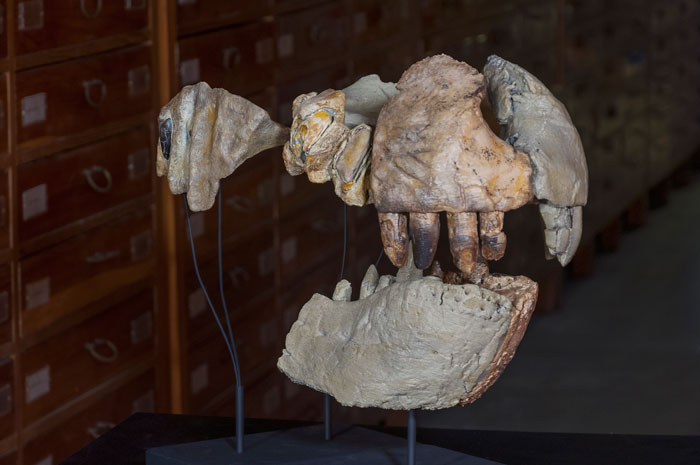 The team hypothesises that Razana would have preyed upon small mammals in addition to pterosaurs (flying reptiles) and some sauropods (long-necked herbivore dinosaurs), although until we have a more complete collection of its skeletal remains, there's not much more we can know for sure right now.

But, as it stands, the latest findings help clear up some of the mystery surrounding Razanandrongobe sakalavae – and serve as a reminder that, as terrifying as the reign of dinosaurs may have been, they weren't always the most formidable predators in their environment.

The findings have been reported in PeerJ.