A Far More Powerful Storm Than Florence Is Happening Right Now, And We Need to Pay Attention

As 1.7 million people on the US's East Coast are being told to evacuate ahead of Hurricane Florence's arrival, another strong storm is set to lash Southeast Asia.

Super Typhoon Mangkhut, considered the strongest storm so far this season, is expected to make landfall in the Philippines on Saturday before advancing to southern China, Vietnam, and Laos.

The map below, published by the Philippines' meteorological authority on Thursday morning, shows the typhoon's predicted path over the next few days. Typhoon Mangkhut is also known as Typhoon Ompong in the Philippines.

The northern Philippines, southern China, Vietnam, and northern Laos are in the typhoon's predicted path.

As of 4 pm local time, Mangkhut was carrying maximum sustained winds of 127 mph (204 km/h) and gusts – sudden, short increases of wind speed – of 158 mph (254 km/h), according to the Philippines' meteorological authority.

Its sustained wind speeds make the typhoon equivalent to a Category 3 hurricane on the Saffir-Simpson scale, which is used to measure storms in the Atlantic and northern Pacific oceans.

Brandon Miller, CNN's meteorologist, said on Thursday that Mangkhut was expected to be "bigger, stronger, and more dangerous" than Florence, though the comparative damage of the two storms depends on what they hit.

"Any land hit directly would see more significant and destructive impacts from the Super Typhoon due to its size and intensity," he added.

However, he said, because the US's East Coast has more, costlier infrastructure than Southeast Asia, Florence is likely to cause more damage to property. Several nuclear power plants are in Florence's predicted path, officials told CNN.

"But Mangkhut presents a more serious threat to life considering it will hit with stronger winds, over a larger area, and have higher storm surge," Miller added.

Mangkhut tore through the Marshall Islands and Guam, a US territory, earlier this week. The typhoon left parts of Guam without electricity, as well as knocked down power poles, destroyed houses, uprooted trees, and flooded large areas, the local newspaper Pacific Daily News reported.

Eddie Calvo, the governor of Guam, has asked President Donald Trump to send federal aid to help the island. 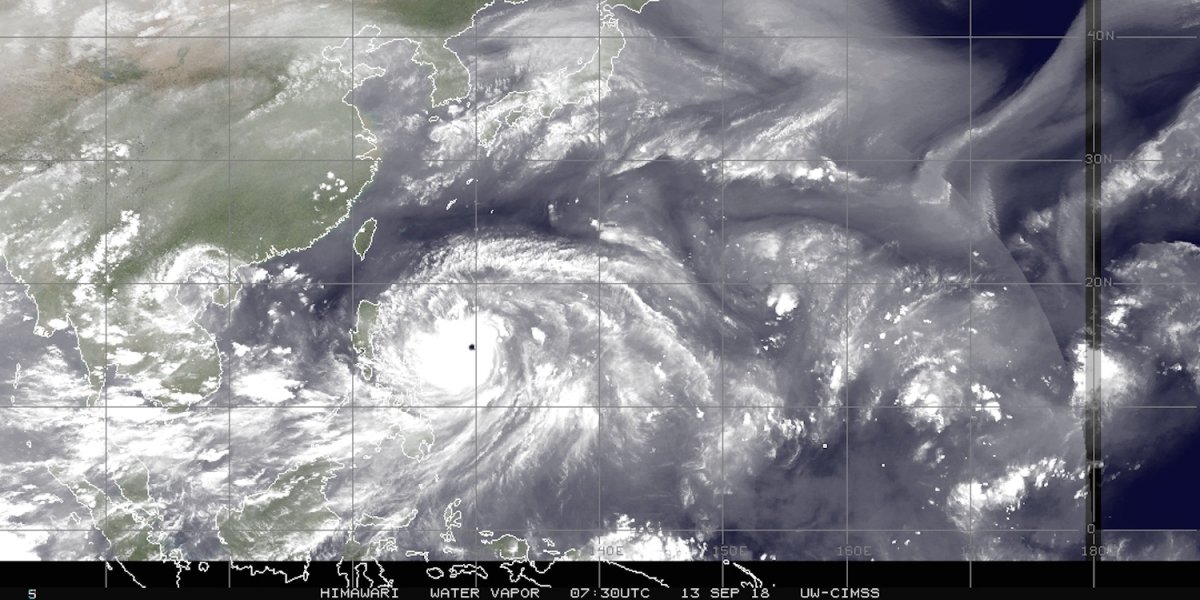 The Philippines is poised to get hit next. Officials in the island nation have started evacuating thousands of people, closing schools, and preparing bulldozers for landslides, The Associated Press reported.

Food prices in Hong Kong, which is preparing for heavy rainfall and storms from Mangkhut, have gone up as residents have started stockpiling, the South China Morning Post reported.

Shopkeepers have also started putting sandbags in front of their stores to prevent water from getting in, the report said.

Southeast Asia is also expecting the arrival of Tropical Storm Barijat, which as of Thursday morning was moving across the western Pacific Ocean with a wind speed of 29 mph (47 km/h), according to Cyclocane, a storm-tracking website.

China has evacuated about 12,000 people in low-lying areas in the southeastern Guangdong province and halted shipping schedules in preparation for Barijat, according to the state-run news outlet Xinhua.