This 'Wonderchicken' Could Be The Oldest Modern Bird Fossil, And a True Survivor

Back when fearsome dinosaurs roamed the land, an unimpressive avian, about the size of a very small duck, somehow survived alongside them - eking out a life along a prehistoric European seashore.

It had the long slender legs of a shorebird, and a face like a chicken, according to the Cambridge University researchers, who found its ancient traces hidden away in rocks dug up at a Belgium quarry 20 years ago.

"The moment I first saw what was beneath the rock was the most exciting moment of my scientific career," said evolutionary palaeobiologist Daniel Field.

The skull and fragments of leg bones, revealed by CT scans, date as far back as 66.8 million years ago - the oldest evidence we have of a modern bird so far. The researchers have named this newly discovered species Asteriornis maastrichtensis, after the Titan goddess of falling stars, Asteria; the story goes that she turned herself into a quail to escape a threat.

By analysing the structures of the fossils, Field and colleagues found they had a combination of features now seen in modern waterfowl like ducks and landfowl like chickens and quails. This suggests A. maastrichtensis might be a common ancestor of both these groups.

We've known for some time now that birds are descended from meat-eating dinosaurs called theropods, thanks to 'missing link' discoveries like 150 million-year-old Archaeopteryx - it had features such as teeth (like its dinosaur ancestors did), but also feathers and wrist bones shared by modern birds.

But so far there has been little evidence of exactly when modern birds arose.

"The origins of living bird diversity are shrouded in mystery - other than knowing that modern birds arose at some point towards the end of the age of dinosaurs, we have very little fossil evidence of them until after the asteroid hit," explained palaeontologist Albert Chen.

When that rock fell from the sky, violently ending the Cretaceous period 66 million years ago, this slight 'wonderchicken', or some of its relatives, must have managed to live on to produce the amazing spectrum of birds we know and love today. Meanwhile, its more dinosaurian neighbours - like the teethed Icthyornis-like bird ancestors found in the same quarry - did not.

Previous research, which Field also worked on, suggests that small, non-arboreal birds not unlike A. maastrichtensis had an edge in a post-impact world stripped of trees.

"This is an incredibly informative specimen," Johns Hopkins University palaeontologist Amy Balanoff, who was not involved in the study, told Science Magazine.

"It gives us some clues about what characteristics were key in surviving that event." 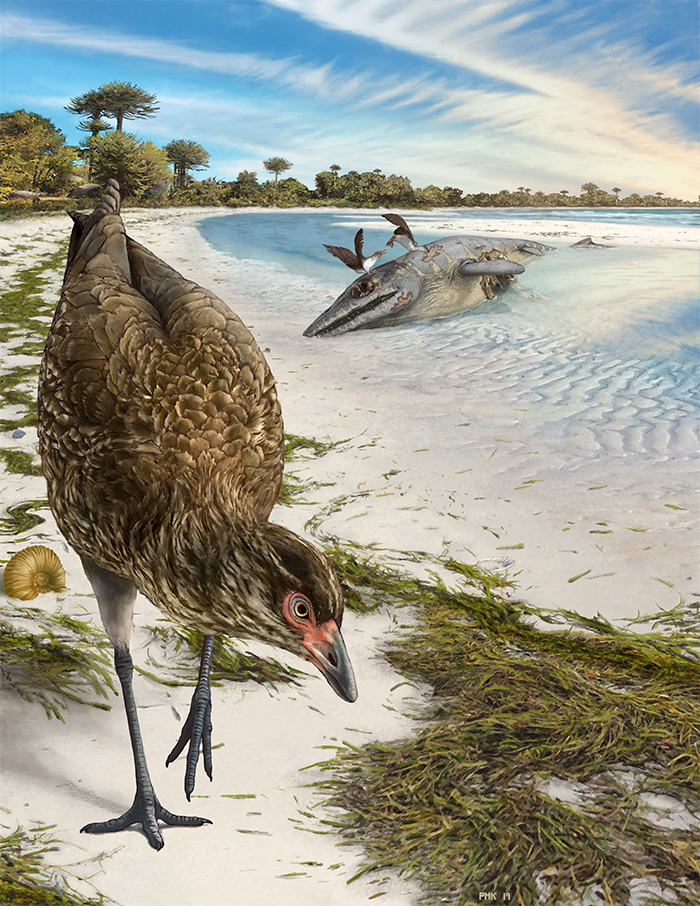 Fossils of other early modern birds found in the Southern Hemisphere, like the partial skeleton of 66.5 million year old Vegavis iaai, had led some researchers to suggest modern birds may have originated from Gondwana.

But this Northern Hemisphere find now casts doubt on this idea.

"Asteriornis now gives us a search image for future fossil discoveries," said Field. "Hopefully it ushers in a new era of fossil finds that help clarify how, when and where modern birds first evolved."