In the darkness of the deep sea, where sunlight can barely reach, a single photon of light can blow an animal's cover.

Scientists have now discovered at least 16 species of ultra-black fish, each equipped with specialised skin that allows them to evade detection while hunting or hiding in the dark.

Absorbing 99.95 percent of all photons, this blacker-than-black exterior creates a cloak of invisibility against the ocean's dim backdrop.

Even under a harsh spotlight, these creatures appear as mere silhouettes. 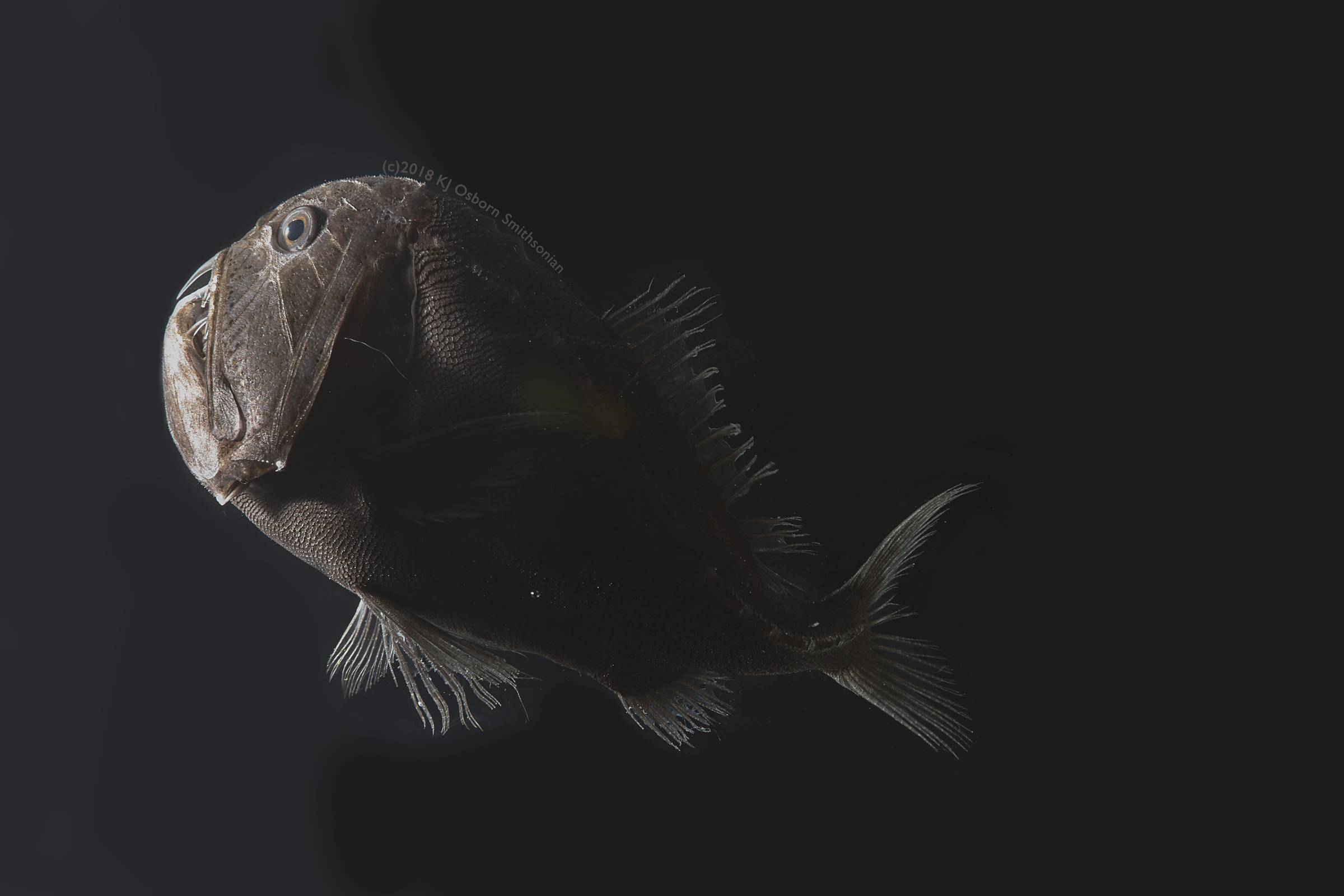 Incidentally, this is what initially piqued Karen Osborn's interest. As a research zoologist at the Smithsonian's National Museum of Natural History, she grew frustrated trying to photograph a striking black fish that had been pulled from the deep sea.

"It didn't matter how you set up the camera or lighting—they just sucked up all the light," says Osborn.

Taking their curiosity to the lab, Osborn and her colleagues carefully analysed the skin from 18 species of black fish, collected during trawls in the Gulf of Mexico and in Monterey Bay, California. 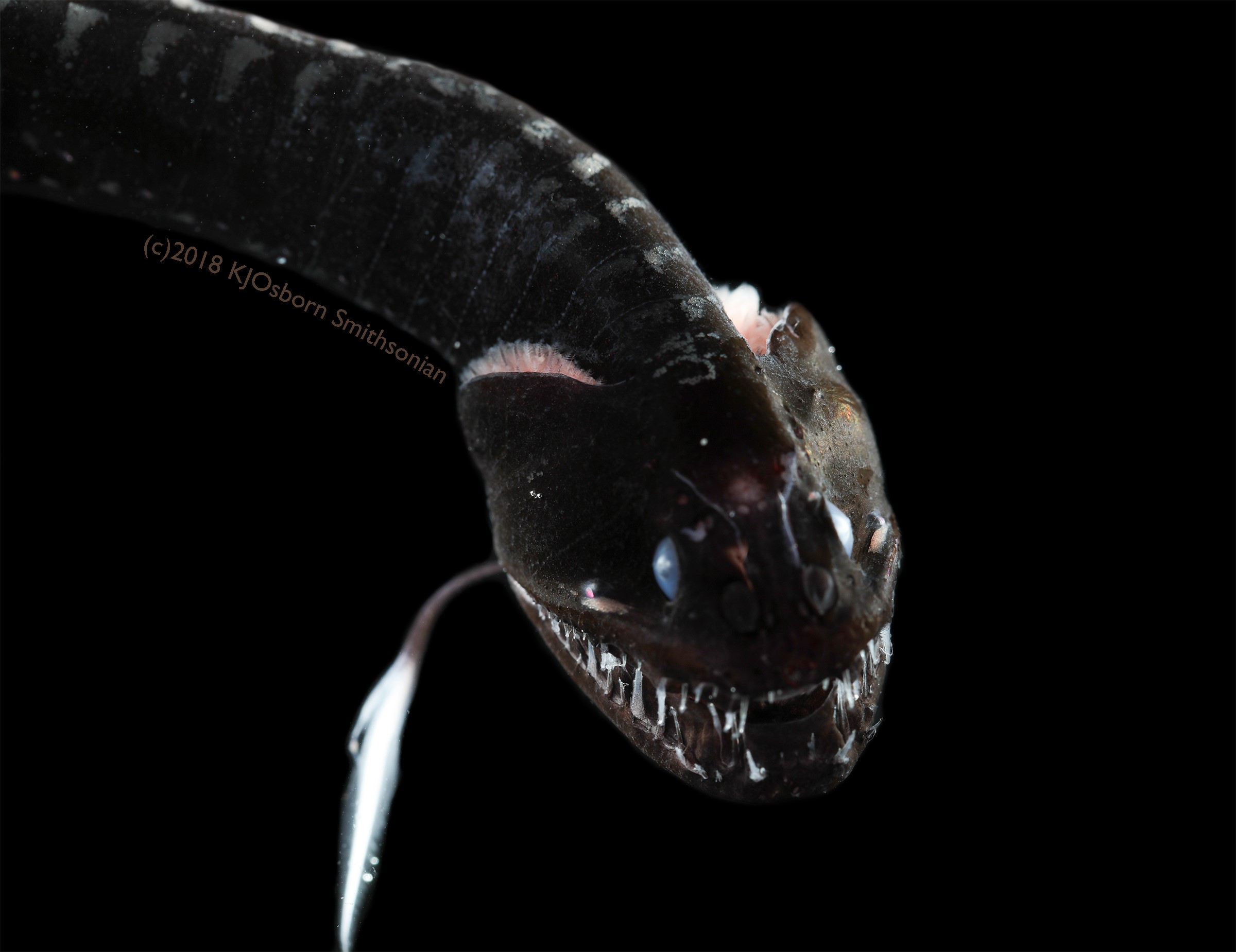 "This low reflectance puts deep-sea fishes on par with the blackest known animals," the authors write, "surpassing the darkness of ultra-black butterflies (0.06%–0.5% reflectance) and equaling the blackest birds of paradise (0.05%–0.31% reflectance)."

In fact, the black skin of these fish is nearly on par with Vantablack, which absorbs 99.96 percent of light - once a record for the blackest material known to science. 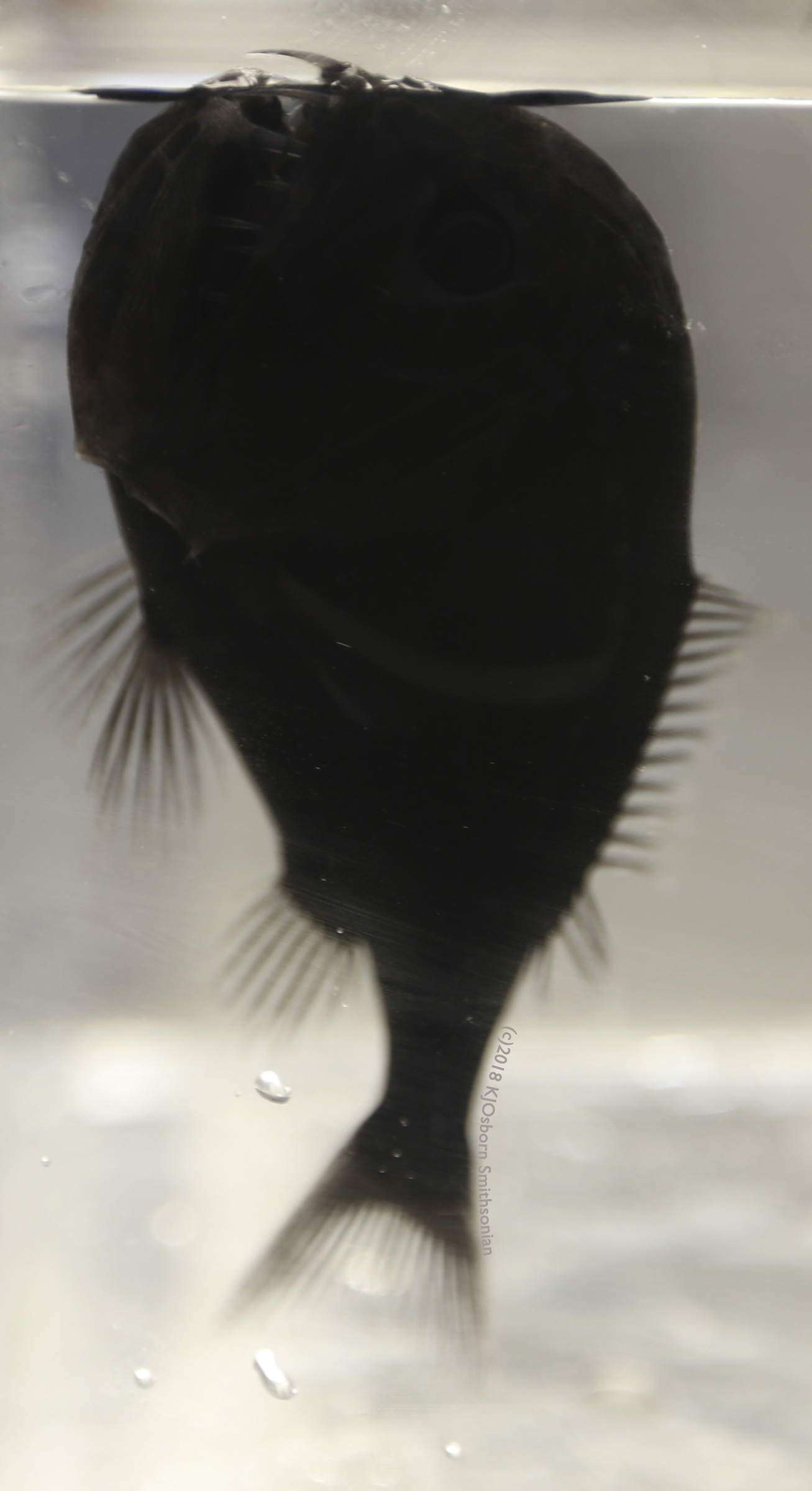 Analysing the structure of this incredible fish skin, researchers found pigment cells were closely packed together, with very few, if any, gaps, almost like a gumball machine.

In one species, this ultra-black skin was actually found around the gut, and this might be used to hide the glow of a recent bioluminescent snack.

"Light doesn't bounce back; light doesn't go through. It just goes into this layer, and it's gone." 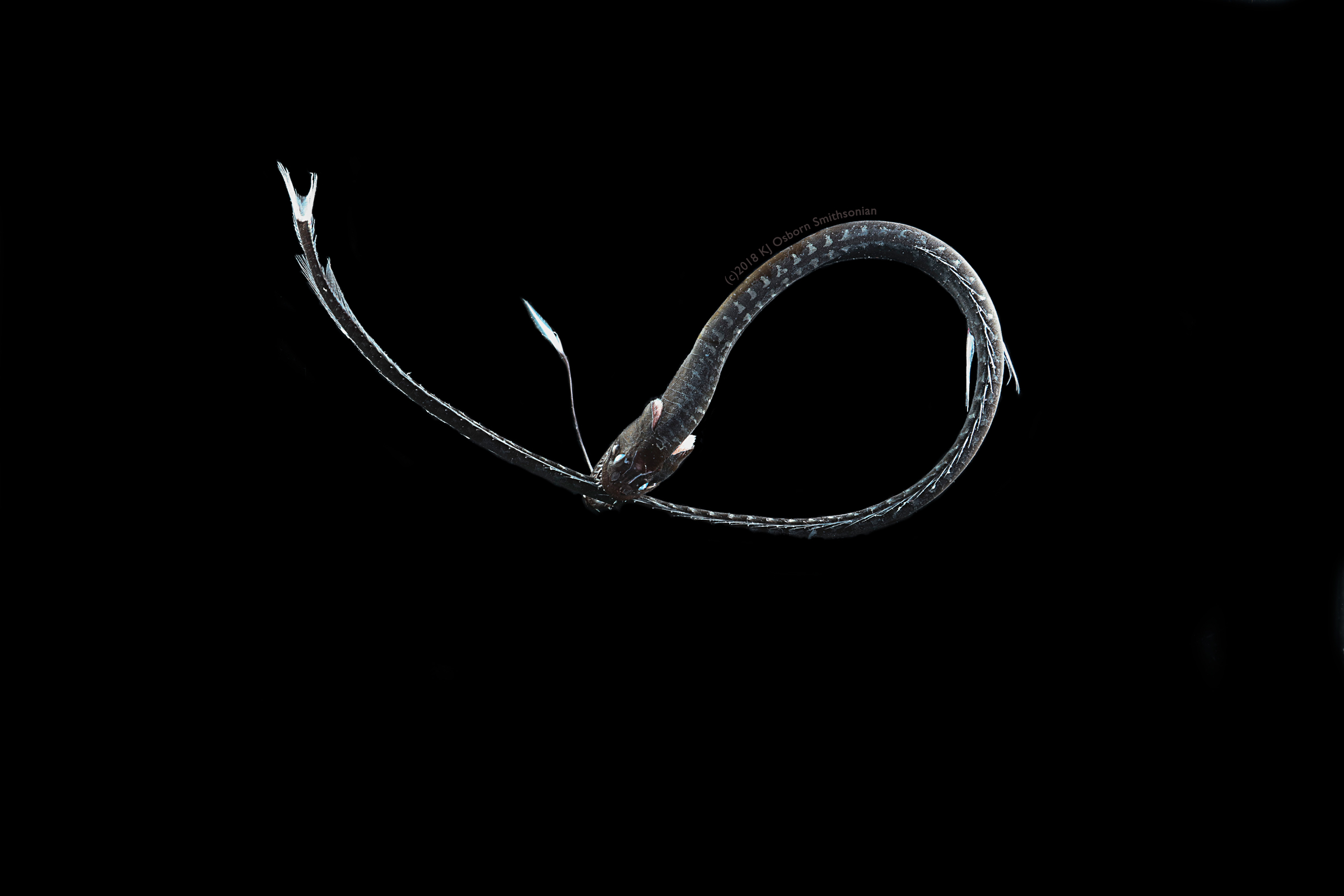 While other ultra-black animals above the water use similar light-reflecting pigments, they also rely on other light-capturing structures within their skin.

Osborn says this is the first time we've found an animal that uses just the pigment itself to control unabsorbed light. And it actually seems quite common. Among 16 distantly-related fish, researchers found that light scattering is caused by the melanosomes themselves without the need for other structures.

Understanding how this simple yet highly-effective system works could help us improve our own camouflage technology, which is becoming increasingly sought after.

"Instead of building some kind of structure that traps the light, if you were to make the absorbing pigment the right size and shape, you could achieve the same absorption potentially a lot cheaper and [make the material] a lot less fragile," says Osborn.