When it comes to something as essential and universal as a heartbeat, you'd think scientists would have the science behind it pretty much figured out.

But for centuries, the physics behind how our hearts work has eluded researchers. The pumping makes sense, but no one had been able to completely explain how the heart fills up with blood. Now, a study has finally revealed the answer in one of the laws of physics.

For a little refresher, our hearts are roughly the size of a large human fist, and they're made up of four chambers. The two upper ones are the atria, and the two lower ones are the ventricles. 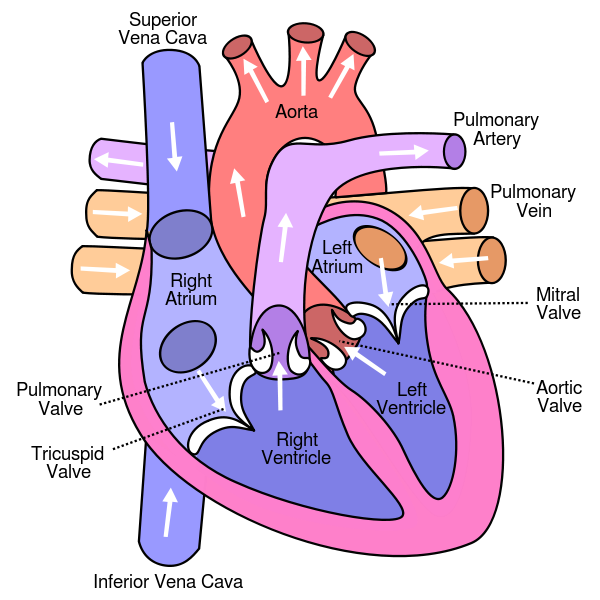 This oxygenated blood is then pumped out of the left ventricle to supply oxygen to the rest of the body, before re-entering the heart's right atrium.

So far, so good. But although scientists are very familiar with this process, what hasn't been clear is how and why this happens. What physical process is causing those ventricles to fill up with blood?

Now, researchers led by the KTH Royal Institute of Technology in Sweden has used something called cardiovascular magnetic resonance imaging to track the size of the heart's chambers as it beats, and have shown that the process comes down in part to hydraulic forces - the same phenomenon that power car brakes and forklifts.

It's not just fascinating new insight into one of the most crucial processes in our body - the discovery could also pave the way for new treatment options for heart failure and disease.

"Although this might seem simple and obvious, the impact of the hydraulic force on the heart's filling pattern has been overlooked," said lead researcher Martin Ugander.

"Our observation is exciting since it can lead to new types of therapies for heart failure involving trying to reduce the size of the atrium."

So how did we go this long without figuring that out? For years, we've understood only part of the puzzle.

Biologists know that a protein called titin in heart muscle cells acts as a spring that releases elastic energy, encouraging the ventricles to fill with blood. But that spring action on its own couldn't explain the rapid amount of filling scientists were seeing.

In the latest study, the team turned to physics, instead. They used cardiovascular magnetic resonance imaging to measure the size of both chambers during diastole - the phase during which the ventricles are filling up with blood - in healthy hearts.

This allowed them to then create physical models - almost like a piston - of the heart chambers, and explain what was going on, according to the laws of physics.

They found that 10 to 60 percent of the peak driving force filling up the left ventricle during diastole wasn't to do with the relaxing of the heart muscle. It was down to hydraulic force - the pressure a liquid exerts on an area.

Hydraulic force is the same force that powers car brakes, and it works thanks to something called Pascal's principle.

In the heart, it's driven by the size of the heart's chambers in relation to each other. The top atrium is smaller than the ventricle throughout diastole, and the team showed that because of this, when the valve between the two chambers opens, blood will rush into the ventricle to equalise pressure.

You can see this in action - and in a handy balloon demonstration - in the video below:

"The geometry of the heart thus determines the magnitude of the force," a statement from the university explains.

"Hydraulic forces that help the heart's chambers to fill with blood arise as a natural consequence of the fact that the atrium is smaller than the ventricle."

When it comes to heart failure, many patients have problems with this diastole - or filling - phase. The team explains that it's often seen in combination with an enlarged atrium.

Thanks to this new research, it's now clear that if the atrium gets larger in proportion to the ventricle, then it reduces the hydraulic force and therefore the heart's ability to be filled with blood.

"Much of the focus has been on the ventricular function in heart failure patients," said one of the team, Elira Maksuti.

"We think it can be an important part of diagnosis and treatment to measure both the atrium and ventricle to find out their relative dimensions."

This is just one paper, and more observations need to be done before we can change the way we view heart function and dysfunction entirely. But it's awesome to know that there are still mysteries to solve about some of the most fundamental processes of our bodies.