Long before the comfort of modern amenities, ancient human communities were capable of living in some truly harsh and frigid environments.

On the central Russian Plain, a mysterious ring of mammoth bones has been dated to the peak of the last European ice age, when winter temperatures regularly reached -20 degrees Celsius or lower.

The site where this ancient structure was found - on the west bank of the Don River, about 500 kilometres (300 miles) south of Moscow - is known as Kostenki 11. The area has a long history of excavation, dating back to the 1700s; early structures were found there during digs in the 1950s and 60s.

Thanks to radiocarbon dating, a new study has revealed the discovery of the oldest known bone circle built by modern humans on the Russian Plain; there are about 70 of these mysterious structures littered throughout the area.

At more than 20,000 years old, this one particular site would have just started going up as the last ice age reached its coldest and most severe yet.

"Archaeology is showing us more about how our ancestors survived in this desperately cold and hostile environment at the climax of the last ice age," says palaeolithic archaeologist Alexander Pryor from the University of Exeter.

"Most other places at similar latitudes in Europe had been abandoned by this time, but these groups had managed to adapt to find food, shelter and water."

Of course, even these few remaining communities didn't last forever. Eventually, the bone circles were abandoned. But for a while there at least, they were important sites for humans.

The oldest continuous bone circle, which stretches 12.5 metres in diameter (41 feet), appears to be made almost exclusively of mammoth bones, along with a smattering of bones from reindeer, horse, bear, wolf, red fox and arctic fox; the archaeologists have identified a total of 51 lower jaws and 64 individual skulls from mammoths.

At the edge of the circle, three large pits were revealed as well, filled with large mammoth bones.

Using radiocarbon dating of fragments of charcoal found among the remains, the research team confirmed there was a human presence on the Russian Plain during a time when similar latitudes in Europe were already abandoned.

"Yet despite this cold, the widespread distribution of charcoal and burnt bone at Kostenki 11 indicates the availability of wood fuel and the sustained use of mixed-fuel (wood and bone) fires," the authors write in their study.

In fact, this is only the second mammoth-bone circle at which habitual wood burning has been identified. And it's some 5,000 years older than the other one.

The discovery adds weight to the idea that conifer trees survived on the Russian mammoth steppe throughout the last glacial cycle. Wood to burn is a prerequisite for many modern hunter-gatherers in high-latitude cold climates, and the availability of trees in this part of the world is a possible reason for why humans persisted here for so much longer than other areas of northern Europe.

Apart from burned wood, the team also identified several plants which could have been used for poisons, medicines, string or fabric, as well as over 50 small, charred seeds. It's still unclear if these were brought by humans or dropped here by randomness, although other remains were clearly manufactured. 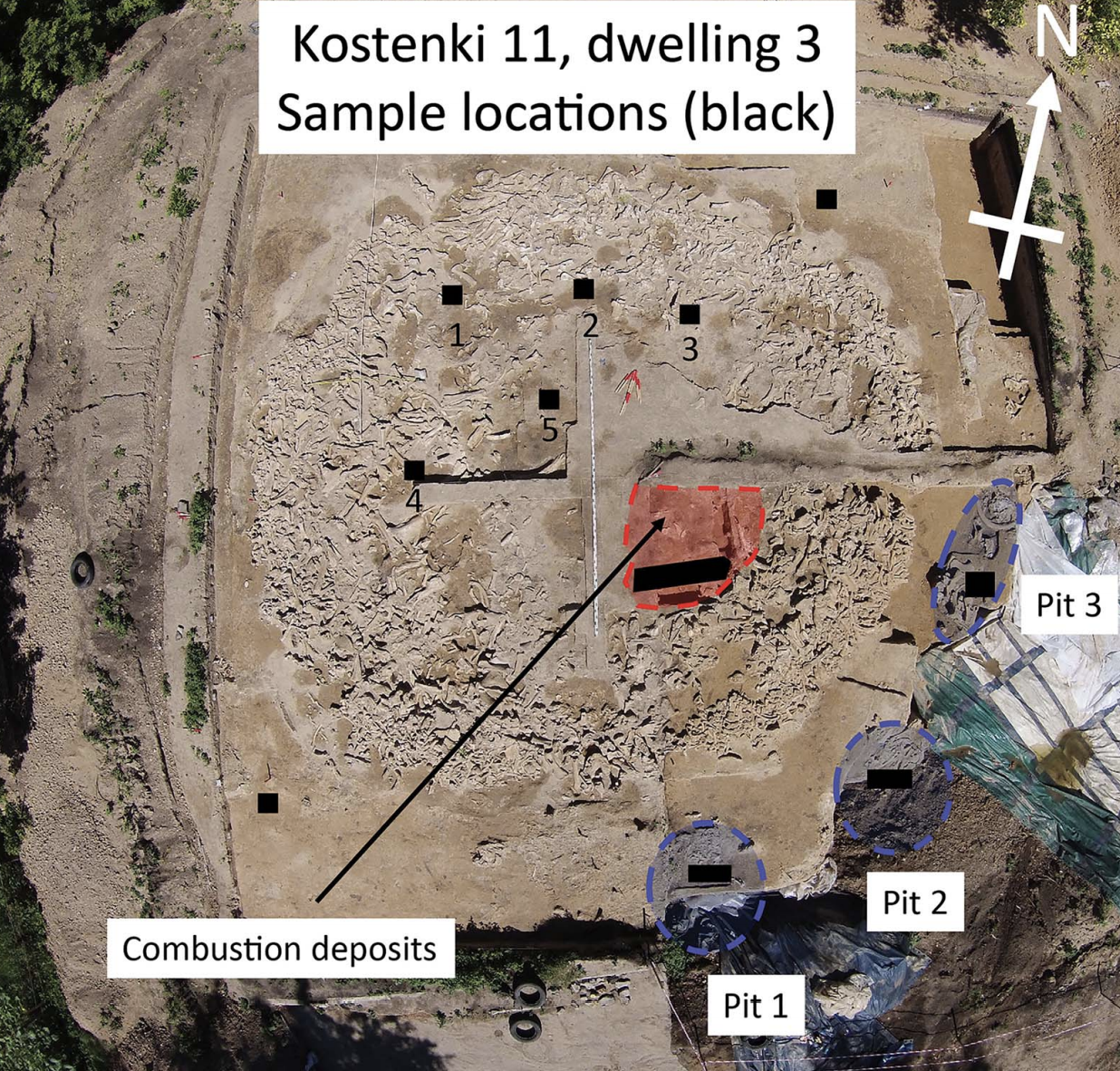 In the past, archaeologists have assumed that bone circles were used as dwellings, but this new site doesn't imply long-term human encampment.

"What might have brought ancient hunter gatherers to this site?" asks Pryor.

"One possibility is that the mammoths and humans could have come to the area en masse because it had a natural spring that would have provided unfrozen liquid water throughout the winter - rare in this period of extreme cold."

For now, the purpose of this bone circle remains a mystery.