A man's penis turned black after he injected it with cocaine, according to a report by the American Journal of Case Reports.

The 35-year-old Hispanic man went to the ER with "excruciating" pain in his penis and scrotum three days after injecting the drug into a penile vein, doctors working in the Bronx, New York, said in the report.

On examining him, the doctor said his penis was swollen, black, ulcerated, and oozed a foul-smelling discharge.

The man had a long history of intravenous drug use, they said.

Cocaine is one of the "most dangerous drugs available," the doctors said. This is because it's highly addictive.

The man told the doctors that he'd previously injected cocaine in the same vein at least twice in the past two weeks "without any complications." The dorsal penile vein the man used runs the length of the shaft.

The dorsal vein is an unusual place to inject but it's not uncommon for drug users to use new injection sites once others, such as arm veins, become damaged, the doctors said. 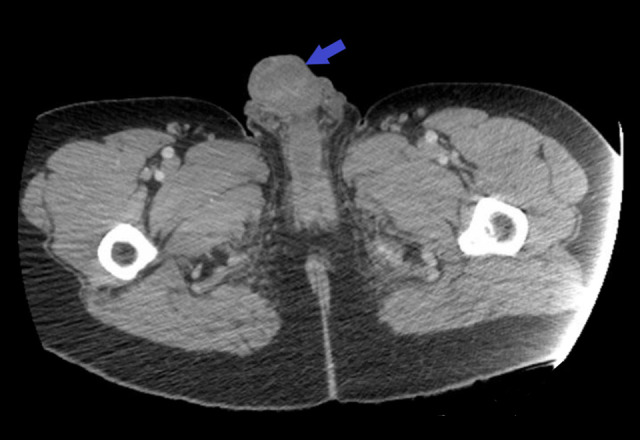 The man refused any surgery to cut away the dying tissue. He was treated with a cocktail of strong intravenous antibiotics for five days and then a further five days with oral ones, alongside wound care, according to the report.

His "clinical condition" slowly improved but unfortunately, the man refused drug rehabilitation treatment and was later "lost to follow-up", the doctors said.

"Intravenous drug users should be counseled to seek help and should be advised to enroll in drug rehabilitation programs, as cocaine cessation is the only definitive treatment," the doctors said.

According to the Centers for Disease Control and Prevention, more than 5 million Americans reported "current cocaine use" in 2020, which is almost 2 percent of the population. Cocaine was involved in nearly 1 in 5 overdose deaths in 2019, it said.