Some Blood Types May Be Slightly More Susceptible to COVID-19, Paper Suggests

There's a new bit of information about COVID-19 you may have heard. Those with type A blood are more susceptible to the new coronavirus, according to headlines. But how reliable is this info, and should you be changing your behaviour?

First thing's first: the information does come from a study, but one that has not yet been peer-reviewed, and is currently available on the pre-print server medRxiv. In fast-evolving situations such as this pandemic, accessing research ahead of peer-review is not necessarily a bad thing, but we do need to keep this in mind.

The study was undertaken by Chinese researchers and focused on 2,173 patients with COVID-19 from three hospitals in Wuhan and Shenzhen.

The team looked at the distribution of blood types in the normal population in each area, and then compared it to their sample of patients with the virus, again in each area.

"Meta-analyses on the pooled data showed that blood group A had a significantly higher risk for COVID-19 compared with non-A blood groups," the researchers write in their paper.

"Whereas blood group O had a significantly lower risk for the infectious disease compared with non-O blood groups."

But the paper also clearly states that although the results were significant, it's not an all-or-nothing result.

As you can see, the percentages between the normal population and those with the virus have some differences - but it doesn't mean that people with type O blood type are immune; and not everyone who gets the virus is going to be type A. Far from it.

So, these relatively small differences, if replicated in studies with larger data pools, could lead to slight changes in the way we manage the spread of the disease; but even so, it probably won't change anything about the way we individually should be trying to limit the spread of the virus.

So, that's the low-down on the study. But this raises another fascinating topic - how our blood types can change the way we are affected by certain viruses is interesting in itself.

Blood can be categorised in many ways, but the one you're most familiar with - the ABO blood group categorisation - is based on having particular molecules or 'antigens' on the surface of your blood cells (as charted in the image below). 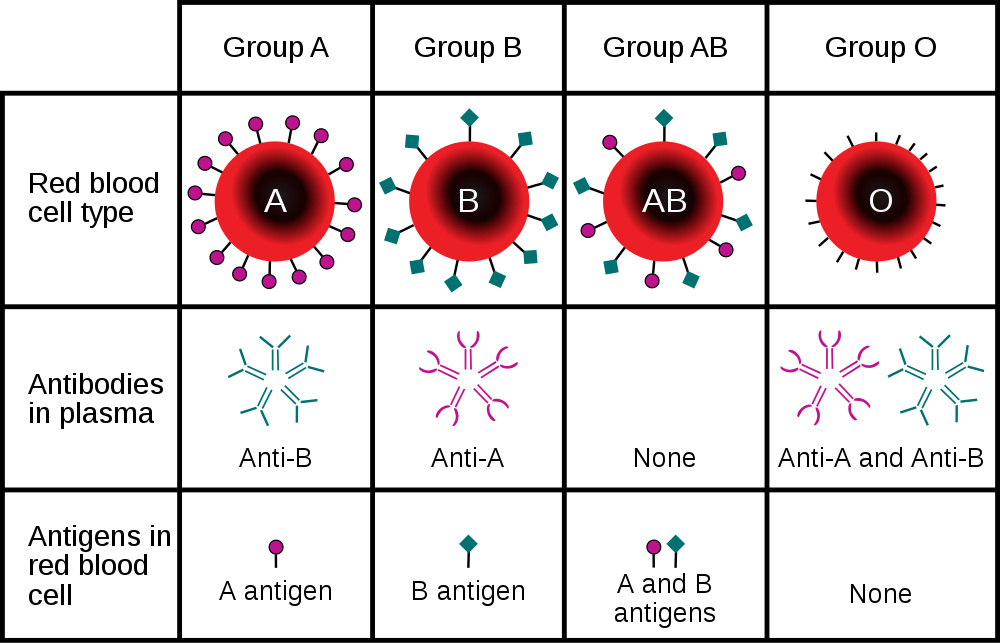 This is important for things like blood transfusions, because our immune system can see the other types as intruders.

We already know that some viruses - for example, noroviruses - directly exploit these differences in blood cell antigens.

Norovirus is a stomach flu, and people will usually be infected through the digestive system. Those antigens on our blood cells are also on the surface of cells that line the intestine, and norovirus requires certain antigens to latch on to.

"This difference in susceptibility [to norovirus] has an interesting consequence," microbiologist Patricia Foster writes for The Conversation. "When an outbreak occurs, for example, on a cruise ship, roughly a third of the people may escape infection.

"Because they do not know the underlying reason for their resistance, I think spared people engage in magical thinking – for example, 'I didn't get sick because I drank a lot of grape juice'. Of course, these mythical evasive techniques will not work if the next outbreak is a strain to which the individual is susceptible."

So, how might the new coronavirus exploit our different blood types? At this point, we simply don't know.

The authors of the blood group paper uploaded to medRxiv aren't sure, but they suggest that maybe it has to do with the anti-A antibodies that both type B and type O have.

That's just a hypothesis for now, and until we find out more, don't take it as gospel.

But it is a great example of how we are learning new information about the virus every single day. There's currently a vaccine being trialled in humans; many are doing everything they can to flatten the curve; and while the pandemic is stopping the world in its tracks, communities are swapping supplies and helping those in need.

The research is available in full on medRxiv.