Physicist Says Our Universe Could Have Spawned From a Black Hole

According to our best understanding of the Universe, if you travel back in time as far as you can, around 13.8 billion years or so, you'll eventually reach a singularity - a super-dense, hot, and energetic point, where the laws that govern space-time breakdown.

Despite our best attempts, we can't peer past that singularity to see what triggered the birth of our Universe - but we do know of only one other instance in the history of our Universe where a singularity exists, and that's inside a black hole. And the two events might have more in common than you've ever considered, as physicist Ethan Siegel explains over at Forbes.

It might sound a little crazy, but, as Siegel reports, from a mathematical perspective, at least, there's no reason that our own Big Bang couldn't have been the result of a star collapsing into a black hole in an alternate, four-dimensional universe.

In fact, the idea was first proposed by theoretical physicists at the Perimeter Institute and University of Waterloo in Canada back in 2014, and despite physicists' best attempts, no one has been able to rule it out.

So let's step back for a second here. What we know about the Big Bang is that, immediately after the singularity, our Universe began expanding. Within a few fractions of a second, it underwent a rapid period of inflation, increasing in size by around 1026, before slowing down again and expanding more gradually. 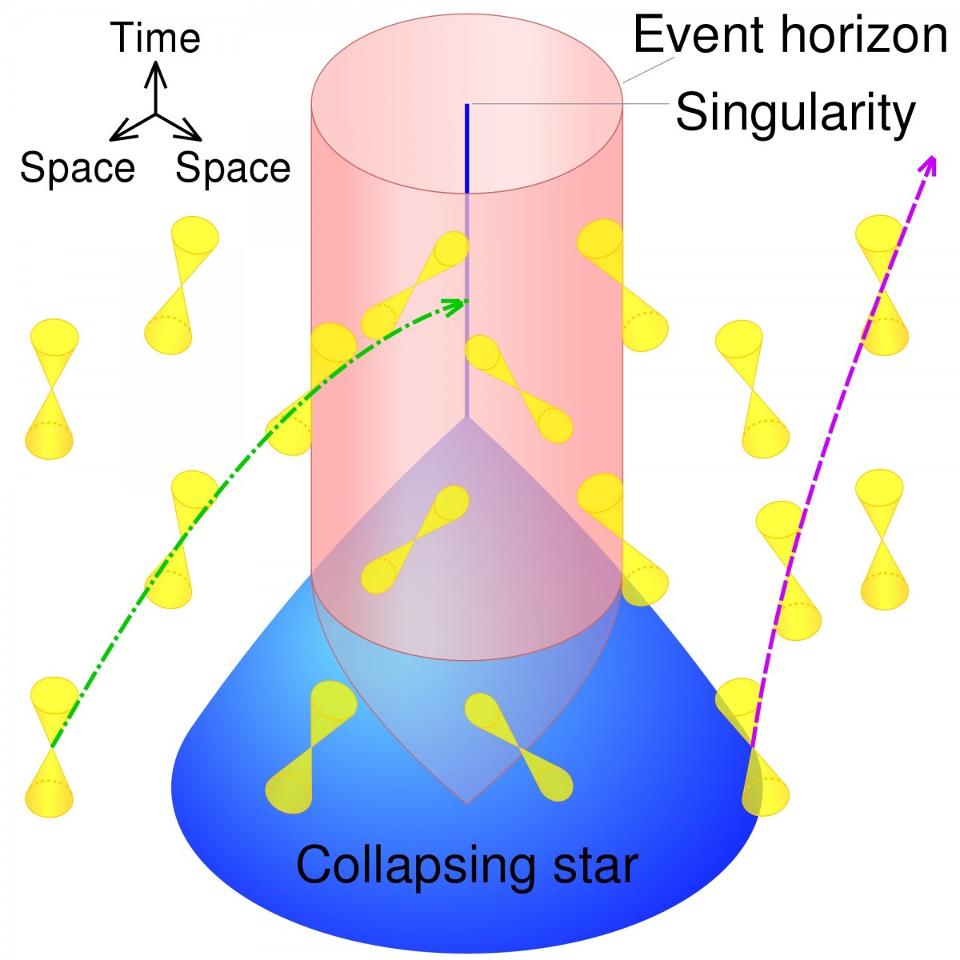 What black holes and the Big Bang have in common is that they're the only two instances of a singularity that we know of in the Universe. (A singularity basically just means a point where the rules that govern our Universe no longer work.)

To the best of our knowledge, our Universe is dictated by two sets of rules: quantum mechanics for all the small stuff like particles; and general relativity for all the bigger stuff, like stars, planets, and you and me.

If you crunch the numbers, black holes defy these rules, because their event horizons are bigger than can be explained by the behaviour of the particles inside it.

"The fact that black holes in our Universe are much more massive than this isn’t a problem," explains Siegel.

Knowing that, three physicists from the Perimeter Institute and University of Waterloo suggested two years ago that the two singularities could be one and the same - maybe our Universe was born out of the singularity of a much larger black hole.

Or, to put that another way, maybe our Universe is the three-dimensional packaging around another universe's event horizon.

"In this scenario, our Universe burst into being when a star in a four-dimensional universe collapsed into a black hole," a Perimeter Institute press release explained back in 2014.

Mathematically speaking, this holds up.

While we can't calculate what happens with a black hole's singularity, what we can calculate is what happens on the boundary of the event horizon - and it matches up pretty well with what happened at the birth of our Universe, as Siegel explains.

"As the black hole first formed, from a star’s core imploding and collapsing, the event horizon first came to be, then rapidly expanded and continued to grow in area as more and more matter continued to fall in.

If you were to put a coordinate grid down on this two-dimensional wrapping, you would find that it originated where the gridlines were very close together, then expanded rapidly as the black hole formed, and then expanded more and more slowly as matter fell in at a much lower rate. This matches, at least conceptually, what we observe for the expansion rate of our three-dimensional Universe."

Of course, this whole idea remains an hypothesis until we have some measurable way of merging the laws of quantum mechanics and general relativity, and peering past a singularity.

But, until then, the coolest thing to consider is that, based on this concept, there's no reason that our own Universe couldn't be spawning brand new two-dimensional universes every time black holes are born. "As crazy as it sounds, the answer appears to be maybe," writes Siegel. Oof.

We can't wait to eventually get that theory of everything so we can begin to test some of these big ideas out.

You can hear more about the black hole birthing our Universe hypothesis in the video below, and read their full paper on arXiv.org.