Successfully achieving nuclear fusion holds the promise of delivering a limitless, sustainable source of clean energy, but we can only realize this incredible dream if we can master the complex physics taking place inside the reactor.

For decades, scientists have been taking incremental steps towards this goal, but many challenges remain. One of the core obstacles is successfully controlling the unstable and super-heated plasma in the reactor – but a new approach reveals how we can do this.

In a joint effort by EPFL's Swiss Plasma Center (SPC) and artificial intelligence (AI) research company DeepMind, scientists used a deep reinforcement learning (RL) system to study the nuances of plasma behavior and control inside a fusion tokamak – a donut-shaped device that uses a series of magnetic coils placed around the reactor to control and manipulate the plasma inside it.

It's not an easy balancing act, as the coils require a huge amount of subtle voltage adjustments, up to thousands of times per second, to successfully keep the plasma confined within magnetic fields. 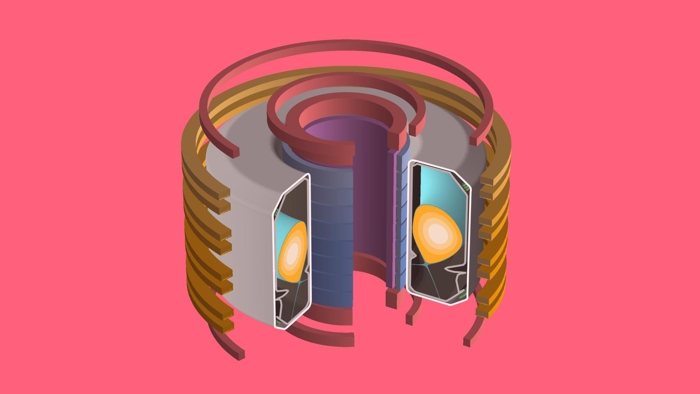 So, to sustain nuclear fusion reactions – which involves keeping the plasma stable at hundreds of millions of degrees Celsius, hotter than even the core of the Sun – complex, multi-layered systems are needed to manage the coils.

In a new study, however, researchers show that a single AI system can oversee the task all by itself.

"Using a learning architecture that combines deep RL and a simulated environment, we produced controllers that can both keep the plasma steady and be used to accurately sculpt it into different shapes," the team explains in a DeepMind blog post.

To pull the feat off, the researchers trained their AI system in a tokamak simulator, in which the machine learning system discovered through trial and error how to navigate the complexities of magnetic confinement of plasma.

After its training window, the AI moved to the next level – applying in the real world what it had learned in the simulator.

By controlling the SPC's variable configuration tokamak (TCV), the RL system sculpted plasma into a range of different shapes inside the reactor, including one that had never before been seen in the TCV: stabilizing 'droplets' where two plasmas co-existed simultaneously inside the device.

In addition to conventional shapes, the AI could also produce advanced configurations, sculpting the plasma into 'negative triangularity' and 'snowflake' configurations.

Each of these manifestations hold different kinds of potential for harvesting energy in the future if we can maintain nuclear fusion reactions. One of the configurations controlled by the system here, the 'ITER-like shape' (as seen above), could hold particular promise for future study by the International Thermonuclear Experimental Reactor (ITER) – the world's largest nuclear fusion experiment, currently being built in France.

According to the researchers, the magnetic mastery of these plasma formations represents "one of the most challenging real-world systems to which reinforcement learning has been applied", and could establish a radical new direction in how real-world tokamaks are designed.

In fact, some suggest that what we're seeing here will fundamentally alter the future of advanced plasma control systems in fusion reactors.

"This AI is, in my opinion, the only way forward," physicist Gianluca Sarri from Queen's University Belfast, who wasn't involved with the study, told New Scientist.

"There are so many variables, and a small change in one of them can cause a big change in the final output. If you try to do it manually, it's a very lengthy process."