Platypus Venom Could Be The Future of Diabetes Treatments

Scientists have found a promising new lead for diabetes treatments in perhaps the unlikeliest of places: the venom of the Australian 'duck-billed' platypus.

The platypus – along with its compatriot, the echidna – are the world's only surviving monotremes, which means they're egg-laying mammals. But what also sets these animals apart is they've evolved to produce a hormone variant, and it's one that could help us to control blood sugar levels more effectively.

The hormone, called glucagon-like peptide–1 (GLP–1), is also produced in humans and other animals. GLP–1 is secreted in the gut, where it stimulates the pancreas to release insulin to lower high glucose levels.

The only problem with this system, according to Australian researchers led by the University of Adelaide and Flinders University, is that human GLP–1 usually breaks down very quickly, degrading in the body in a matter of minutes. 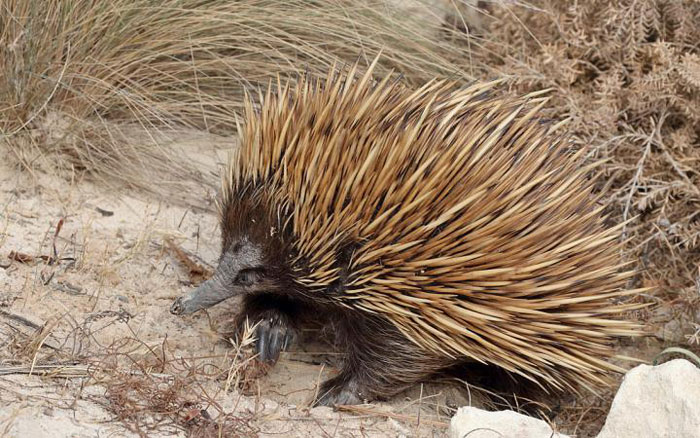 This means, in the case of people with type 2 diabetes, the short burst of insulin triggered by the hormone isn't enough to sustain lower blood sugar levels, which is why some type 2 diabetics eventually develop a dependence on medications or insulin-based treatments.

But not all GLP–1 hormones are created equal it seems – and that's where platypus venom comes in.

"Our research team has discovered that monotremes – our iconic platypus and echidna – have evolved changes in the hormone GLP–1 that make it resistant to the rapid degradation normally seen in humans," says researcher Frank Grutzner from the University of Adelaide.

"We've found that GLP–1 is degraded in monotremes by a completely different mechanism."

When platypuses produce GLP–1 in their gut, they do it for exactly the same biological reason humans do – to regulate blood glucose. But the male platypus has a secondary mechanism for making the hormone – glands that produce venom.

During breeding season, male platypuses produce this venom to ward off sexual competitors, delivering it from a spur on the hind foot.

But the GLP–1 variant contained in the venom – which is different at a molecular level to the gut-secreted form – could turn out to be a big step forward in diabetes research.

"This tug of war between the different functions has resulted in dramatic changes in the [platypus's] GLP–1 system," says researcher Briony Forbes from Flinders University.

"The function in venom has most likely triggered the evolution of a stable form of GLP–1 in monotremes. Excitingly, stable GLP–1 molecules are highly desirable as potential type 2 diabetes treatments."

Strangely, while the echidna also produces the stable GLP–1 variant in its own venom, the animal seems to have no way of delivering its attack.

Echidnas also possess spurs on their hind feet, but previous research suggests the animals do not use them for defensive purposes, having lost the ability to deliver venom potentially millions of years ago.

Instead, the venom substance that echidnas produce during breeding season appears to no longer contain any actual venomous components, with the harmless milky secretion being used for communication during breeding.

Regardless of that evolutionary mystery, the researchers think the discovery of a stable form of GLP–1 could lead to new avenues in diabetic medication – but they acknowledge there's a lot more work to be done before you'll find monotreme venom in your local pharmacy.

"This is an amazing example of how millions of years of evolution can shape molecules and optimise their function," says Grutzner.

"[A]lthough exactly how we can convert this finding into a treatment will need to be the subject of future research."