Just outside the northernmost city of Alaska, underneath an expanse of white tundra, researchers have found a rich community of microbes bathing in ancient seawater.

According to a team from the University of Washington, this underground tomb of briny fluid, known as a cryopeg, has probably been here since at least the last ice age, when the ocean receded and the abandoned seabed froze over.

Trapped under the permafrost for up to 50,000 years, these marine bacteria (and the viruses they carry) have managed to flourish in an isolated environment so salty and cold, it could tell us how life might persist in other extreme places, like maybe Mars or Saturn's icy moon, Titan.

"The extreme conditions here are not just the below-zero temperatures, but also the very high salt concentrations," explains marine microbiologist Jody Deming, who studies microbial life in the Arctic ocean.

"One hundred and forty parts per thousand – 14 [percent] – is a lot of salt. In canned goods that would stop microbes from doing anything."

Under a microscope, however, the organisms in this particular cryopeg appear healthy, just like the others.

Cryopegs were first discovered several decades ago, although scientists still aren't sure exactly how these structures form, or even how many of them exist. Only two cryopeg regions are currently being studied for biological purposes – one in Northern Alaska and the other in Eastern Siberia – and both have turned up similarly high concentrations of life.

"We were quite startled at how dense the bacterial communities are."

Actually getting to these briny samples is a feat in itself. The excavated entrance in Alaska is only a single person wide, which means that Cooper and his colleagues had to climb down a 3.5 metre (12 foot) ladder one at a time, before crouching and crawling along a very dark, very cold and very cramped tunnel of ice. For shifts of four to eight hours, the team would then drill towards the cryopeg and its salty subzero water, making sure to sterilise their equipment so they wouldn't introduce any new organisms. One lucky person got to sit on a bucket. The rest were forced to crouch for hours on end.

"The tunnel is completely surrounded by ice, and feeling like I was living in the ice for a while gave me a unique and exciting point of view for how life pushes forward in the most extreme environments imaginable," Cooper told ScienceAlert.

While the results from these excavations are not yet formally published, they were presented at a recent astrobiology conference, AbSciCon.

Analysing samples taken from this spot in 2017 and 2018, Cooper says the concentrations of microbes in cryopegs are rarely exceeded by any other natural waters on Earth. 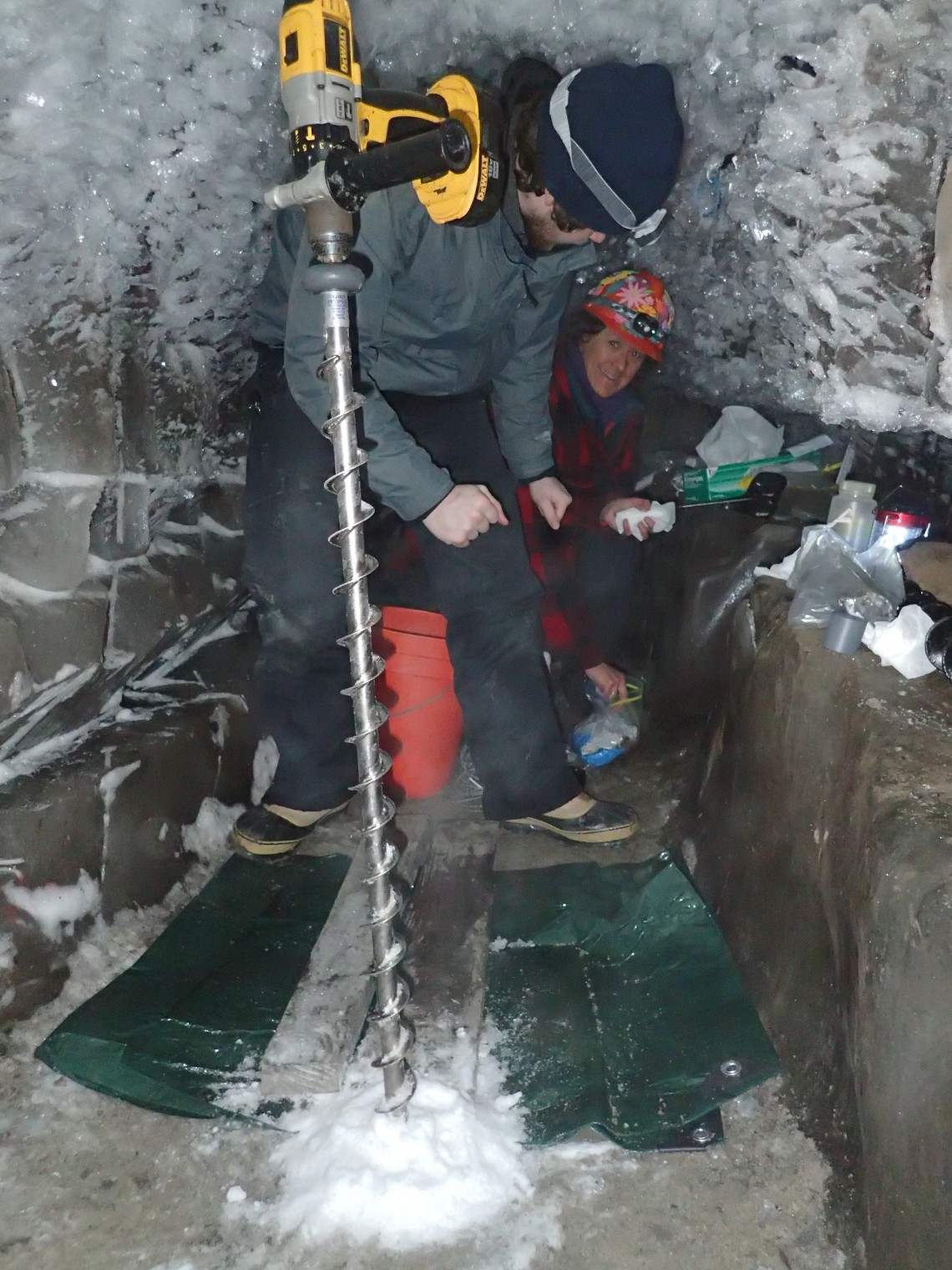 "Sea ice is ephemeral by nature, only accumulating organics and nutrients over a year or so," Cooper explained to us, "but the cryopegs represent a more continuous sink of energy sources that accumulated over thousands of years that have been frozen and preserved at high concentrations since these sediments were once beneath the ocean."

If such extreme environments exist here on Earth, scientists think they might also appear on other icy planets. Mars, for instance, was once home to a primitive ocean, and if this body of water receded in a similar way to Earth, it's possible the Red Planet might still hold unfrozen niches of brine, providing a potentially rich habitat for life.

"It's not impossible to expect life could last for billions of years in the Martian subsurface," Cooper said.

"Microbial life has been found deep in the subsurface on Earth where it's anticipated to have survived for millions of years without access to the surface. Titan on the other hand likely has a deep ocean beneath its icy shell that might resemble the deep sea on Earth where life can persist continually."

The research was presented at the AbSciCon meeting in June in Bellevue, Washington.