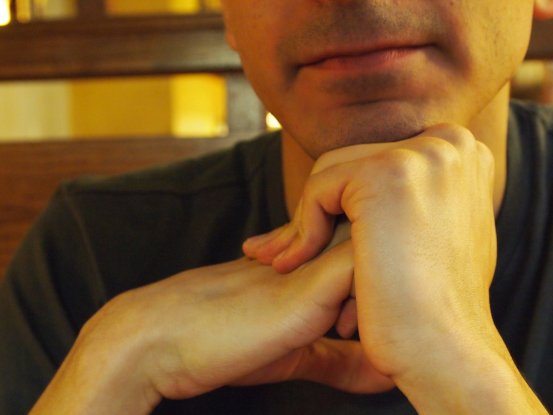 Researchers Have Worked Out What Happens When You Crack Your Knuckles

It’s called the "pull my finger" study after a game played by school children. Scientists have finally gotten round to investigating what really happens when you crack your knuckles.

An international team used MRI imaging to determine what happens inside finger joints to cause the distinctive popping sounds when cracking knuckles. The cause, they observed, is a cavity forming inside the joint.

"We call it the 'pull my finger study' - and actually pulled on someone’s finger and filmed what happens in the MRI," says Greg Kawchuk, a professor in the Faculty of Rehabilitation Medicine at the University of Alberta. "When you do that, you can actually see very clearly what is happening inside the joints."

Scientists have debated the cause of the noise from joint cracking dating back to 1947 when UK researchers theorised that it was a vapour bubble formation. That was put in doubt in the 1970s when another team thought collapsing bubbles might be the behind the sound.

The knuckle-cracking for the research was performed by chiropractor Jerome Fryer who can do the trick on demand.

"Fryer is so gifted at it," says Kawchuk.

The MRI video captured each crack in real time, happening in less than 310 milliseconds. The cracking and joint separation was associated with the rapid creation of a gas-filled cavity within synovial fluid, a slippery substance which lubricates the joints.

"It’s a little bit like forming a vacuum," Kawchuk said. "As the joint surfaces suddenly separate, there is no more fluid available to fill the increasing joint volume, so a cavity is created and that event is what’s associated with the sound."

Scientists calculated that the amount of force at work when you crack your knuckles has enough energy to cause damage to hard surfaces.

However, research also shows that habitual knuckle cracking does not appear to cause long term harm.

"The ability to crack your knuckles could be related to joint health," said Kawchuk. The study was published in the journal PLOS ONE.

And in case you were wondering, here's the difference between knuckles that have been cracked for 60 years, and those that haven't: