A 'Ring of Fire' Is About to Devastate The US With Heatwaves, Possible Storms And Floods

From a sizzling scorcher in the South to severe storms in the east and Mid-Atlantic, a ring of fire weather pattern will bring summer hazards to more than 40 million Americans for the first part of this week.

Areas that lie beneath a big, sprawling ridge of high pressure will bake, while clockwise winds around the high edges will slingshot periodic severe thunderstorms around its periphery. For those along the edge, it's a one-two punch - a setup that begins for some with oppressive heat and humidity, and could end with damaging storms. 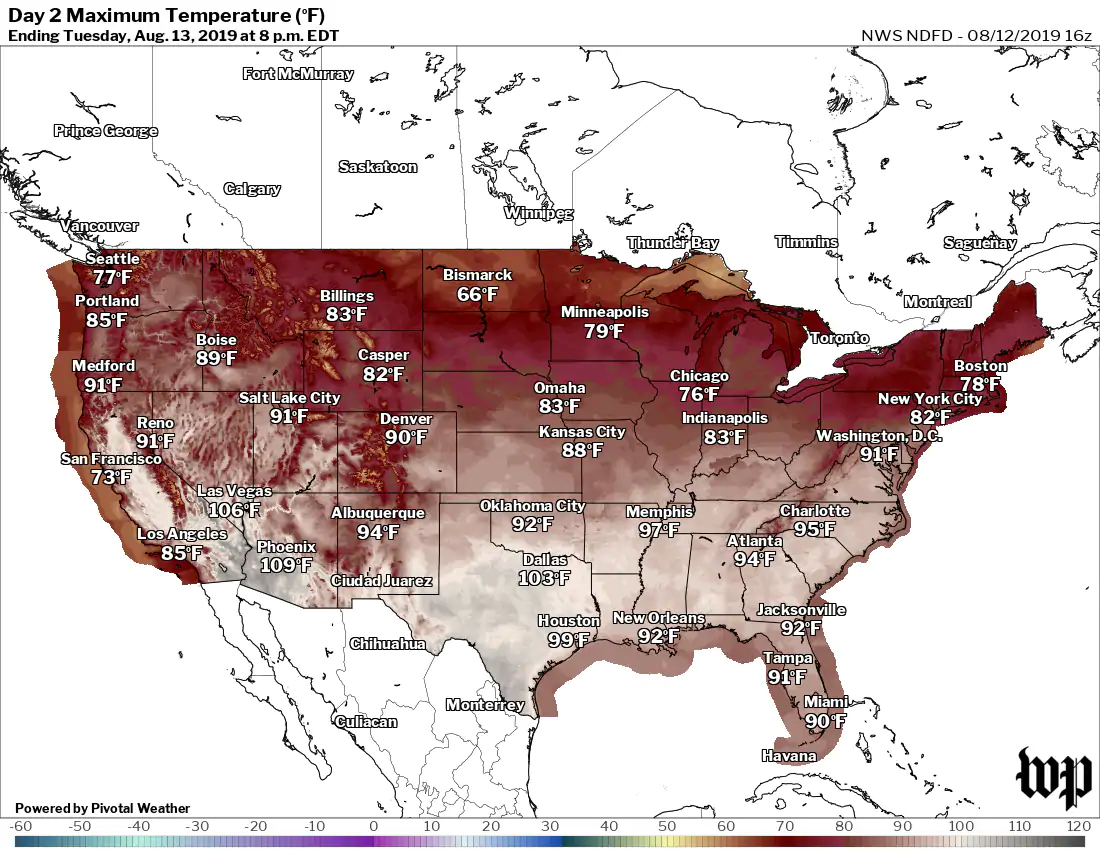 Sauna weather is in the offing for people in more than a dozen states, the heat dome spanning from the I-35 corridor in Texas all the way to the East Coast.

In Dallas, the mercury is forecast to soar to 103 degrees F (39 degrees C) on Tuesday, the hottest temperature there since July of last year. Dallas/Fort Worth International Airport hit the century mark on Friday, Saturday and Sunday.

The average high for this time of year is about 96 degrees F (36 degrees C). In Galveston, the heat index remained above 100 degrees for an astonishing 41 hours late last week, the sultry conditions relentless even in the dead of night.

Orange, Texas, started its workweek on a not-so-pleasant note. The heat index had spiked to 111 degrees before 9 am, thanks to an extreme dew point of 83 degrees. The technical meteorological term for that is "yuck."

What sets this heat wave apart from others is the humidity, which is impeding people's ability to cool themselves through sweating. The high dew points are partially traceable to Gulf of Mexico water temperatures running a couple of degrees above average basin-wide. (That is also something to watch for as we head deeper into hurricane season.)

The heat isn't confined to the Gulf Coast, however. Oklahoma City hit 103 degrees on Saturday and 102 on Sunday. Will Rogers World Airport is set to top 100 degrees again Monday, marking the first three-day string of 100-degree days there since 2017.

It'll all depend on how soon storms fire up in the afternoon pic.twitter.com/IavdmhnXHE

If you're looking to beat the heat, head north! Boston should enjoy a refreshing 76 degrees Tuesday, a welcome break on the heels of its warmest month on record. By Wednesday, an area of refreshing dew points in the upper 40s to near 50 degrees will filter south from Canada, bringing a comfortable early taste of fall air.

Where these two vastly different air masses clash, severe storms are in the forecast. Some meteorologists call them "ridge runners," since they are propelled around the edge of the blocking high, such as the one parked over the South.

With plentiful heat and moisture to tap into, these storms could pack a punch, especially in the DC area on Tuesday. In these environments, storms sometimes have a tendency to be overachievers.

The Storm Prediction Center has placed portions of the Mid-Atlantic, including Washington, Philadelphia and Baltimore, under an "enhanced risk" for severe weather Tuesday.

This category is not often issued for East Coast storm threats a full day in advance. It underscores the potential for Tuesday to feature a higher-end severe event for the Washington area. Damaging winds and hail are possible, but a few supercells with a low-end associated tornado risk may spin up along the warm front.

New Jersey is in the zone to watch as well. It has already seen eight tornadoes this year, highly unusual for a state whose annual average is two.

On the northern side of the high, some flood risk is possible where storms may train over the same areas. A 24-hour rainfall total of 7.21 inches was recorded by a weather observer on the east side of St. Louis on Monday morning, while other amounts topping 4 inches were measured nearby.

A flash flood warning was issued for St. Louis early Monday, with more than three inches falling in just 90 minutes.

This entire strip mall parking lot is under water. This is off Nameoki in Granite City @ksdknews pic.twitter.com/MlgVtWZsv9

The risk of flooding is forecast to wane as the system jaunts east, but it's still something to watch - particularly Tuesday evening in New Jersey and spots just south of the New York City metro area, depending on how thunderstorm activity evolves. The Weather Prediction Center has included many of those areas under a slight risk of excessive rainfall.