For The First Time, Scientists Map Brain Regions Responding to The Clitoris

A new scientific study published Monday has identified the brain region linked to genital touch in women, and found that it was more developed in volunteers who reported having more sex.

The research involved stimulating the clitorises of 20 adult females while their brains were scanned using functional magnetic resonance imaging (fMRI).

The researchers clarify that the paper, published in the journal JNeurosci, does not answer questions like whether having a larger area devoted to genital stimulation makes women more sensitive to touch.

It also doesn't tell us whether having a more developing brain region devoted to genital touch prompts more intercourse, or whether more intercourse expands the region, like working out a muscle.

But the results could be used in future to target treatments for people who have, for example, been impacted by sexual violence, or have sexual dysfunction.

"It's completely under studied, how the female genitals are represented in the somatosensory cortex in humans, and whether it has at all the capacity to change in relation to experience or use," co-author Christine Heim, a professor of medical psychology at Charite University Hospital in Berlin, told AFP.

The somatosensory cortex receives and processes sensory information from across the body. Each part of the body corresponds to a different area of the cortex, forming a representational map.

But until now, the part of the map that corresponds to the female genitals was a subject of debate.

Previous studies had sometimes placed it under the representation of the foot, others near that of the hip.

The reason was imprecise stimulation techniques – for example, during self- or partner-delivered manual stimulation, other parts of the body were touched at the same time, or the process triggered arousal, which blurred the results.

In 2005, other researchers were able to develop a technique that caused very localized tactile stimulation for penises, allowing them to find the precise region devoted to this area in males. But there was no similar breakthrough for females.

For the new study, 20 women in good health between the ages of 18 and 45 were selected.

For stimulation, a small round object specifically designed for the task was applied above the underwear at the level of the clitoris. Air jets caused the device's membrane to vibrate slightly. 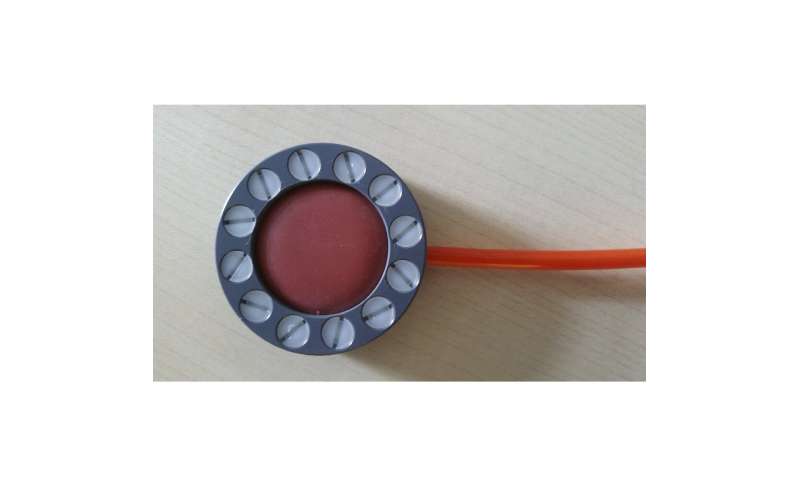 The approach was designed to be "as comfortable as possible" for the volunteers, said co-author John-Dylan Haynes of the Berlin Center for Advanced Neuroimaging at Charite.

They were stimulated eight times, for 10 seconds each time, interspersed with 10 seconds of rest. The same device was used on the back of the right hand as a control.

The results of the brain imaging confirmed that the somatosensory cortex represented the female genitals next to the hips – as they are in males – but the precise location varied for each woman tested.

The researchers then investigated whether this area had different characteristics depending on sexual activity.

The 20 women were asked about the frequency of their intercourse over the past year, as well as since the beginning of their sexual life.

Then, for each of them, the researchers determined the ten most activated points in the brain during stimulation, and measured the thickness of those areas.

"We found an association between the frequency of genital intercourse and the thickness of the individually mapped genital field," said Heim. The more sex, the bigger the region.

The authors are hesitant to say more sex drives that expansion, until future study confirms it.

But there are hints from past research. First, it's well established that the more certain parts of the brain are used, the bigger they become: this is known as brain plasticity. The hippocampus region of the brain in London taxi drivers expands with navigating experience.

Second, prior animal studies showed that the stimulation of the genitals of rats and mice effectively led to an expansion of the area of the brain corresponding to these organs.

That research also did not determine whether a larger area resulted in better perception.

But Heim herself had previously shown in a 2013 study that people who have suffered traumatic sexual violence had a thinning of the brain areas devoted to genitals.

"We speculated back then, that this could be the response of the brain to limit the detrimental perception of the abuse," she said.

She hopes her research will help inform future therapies aimed at rehabilitating this region among abuse survivors.