Neutrinos are mysterious and elusive particles. They have a tiny mass, no electric charge, and they interact with other matter only rarely. They are also extremely common.

At any moment, about 100 billion neutrinos are streaming through every square centimeter of your body. Neutrinos were produced by the big bang, and are still being produced by everything from stars to supernovae.

One of the more recent neutrino mysteries started when some neutrinos were detected by the ANtarctic Impulsive Transient Antenna (ANITA). Unlike most neutrino detectors that are large, sensitive arrays, ANITA is a radio detector suspended by a balloon. It can only detect high-energy neutrinos when they strike Antarctic ice to create a burst of radio light. Earlier this year ANITA detected strange signals that seemed to be triggered by extremely high energy neutrinos. These neutrinos had such high energies that they seemed to defy the standard model of particle physics.

Recently a team looked at one possible source: the supermassive black holes of quasars. 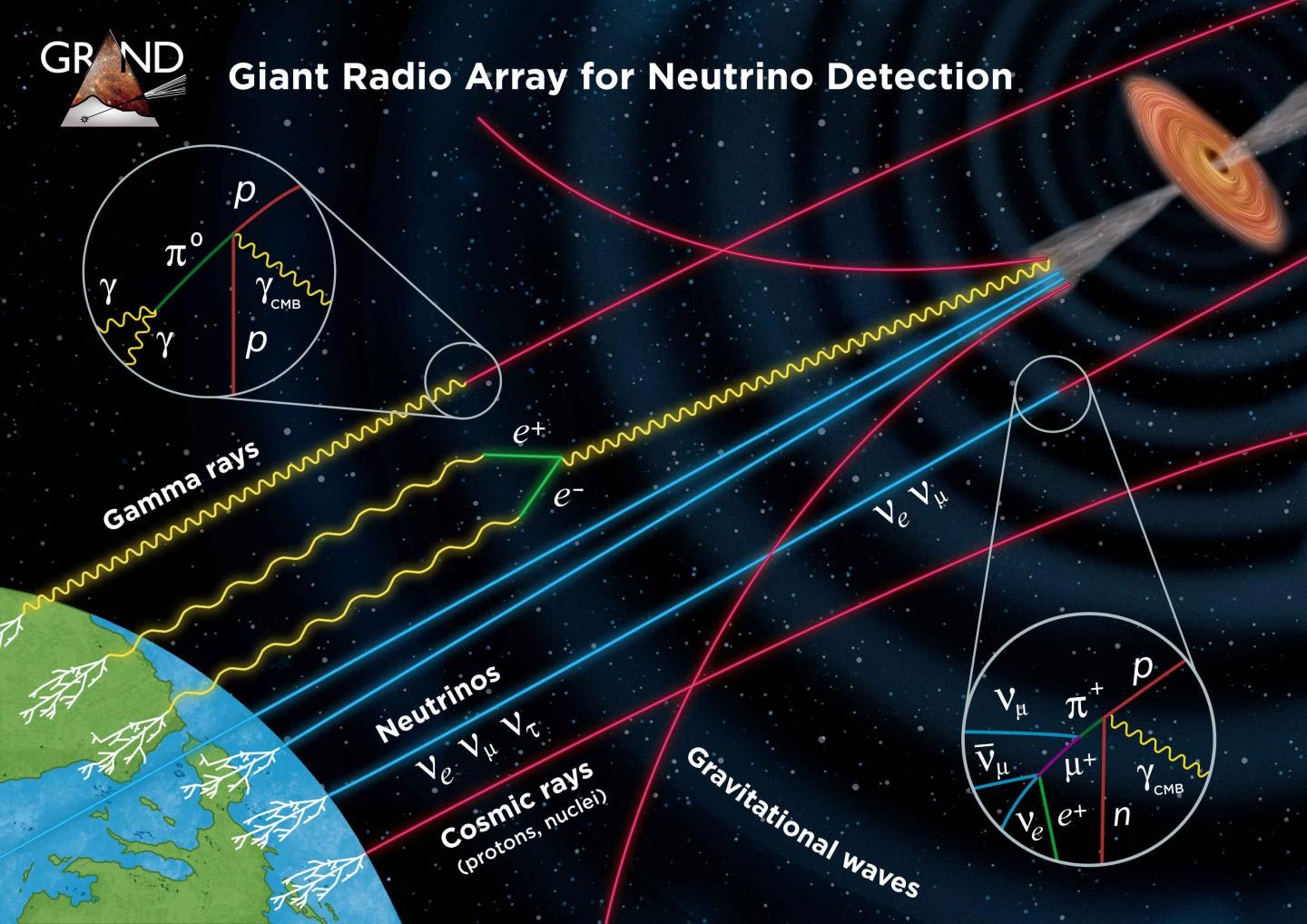 How high energy particles can be produced. (Science China Press)

Supermassive black holes are gravitational powerhouses. When hot gas surrounding them is squeezed by gravity and electromagnetic fields, it can emit tremendous amounts of energy, including high-energy neutrinos.

So the team compared four dozen IceCube neutrino detections with radio observations from the Russian RATAN-600 radio telescope. They found that neutrinos were detected at times when a quasar experienced a radio flare.

The most likely explanation is that when quasars are particularly active, bursts of gamma rays are produced within the radio flare. The gamma rays collide with surrounding atoms, triggering a burst of neutrinos.

Since the neutrinos travel at nearly the speed of light, they arrive at Earth at the same time as the radio burst.

This is only an initial study, and it solves part of the high-energy neutrino mystery. We now know one way that these neutrinos can be produced, but the origin of the most energetic of neutrinos remains unknown.