Scientists have found evidence of a hidden network of 'mini brains' that could overhaul our understanding of how pain is transmitted throughout the body, and revolutionise the way we design pain medication.

The current assumption is that pain sensations are only interpreted by the central nervous system - the brain and spinal cord. But the new research suggests that the peripheral nervous system plays a much more important role that's been eluding us for centuries.

To be clear, this research has only been done in rats and mice for now, and the results need to be replicated in humans before we think about rewriting the textbooks.

But given the similarities between rodent and human nervous systems, the finding provides a pretty compelling reason to take a closer look at the peripheral nervous system in humans, too. Especially given the ongoing struggle to create effective pain relief for chronic and severe pain.

"We don't yet know how the system works, but the machinery is definitely in place to allow the peripheral system to interpret and modify the tactile information perceived by the brain in terms of interpreting pain, warmth or the solidity of objects," said lead researcher Nikita Gamper from the University of Leeds in the UK.

"Further research is needed to understand exactly how it operates, but we have no reason to believe that the same nerve arrangements would not exist in humans." 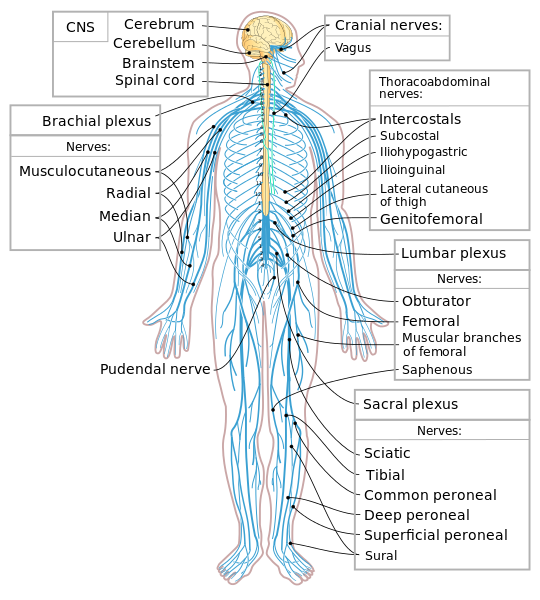 As you can see, the peripheral nervous system is pretty well mapped, but up until now, researchers had assumed that it was little more than a wiring system, shuttling in messages from the rest of the body to the all-overseeing central nervous system.

This is part of the 'Gate Control Theory of Pain' which suggests that a simple 'gate' exists between the peripheral and central nervous systems, controlling what information is sent to the central system.

"Peripheral nerves have the ability to dial up or down the signal which goes through these gates to the brain," said Gamper. "Importantly, we believe that these gates can be exploited for therapeutic control of pain."

In recent years, some evidence has emerged that the peripheral nervous system might actually play a more complex role in the body, but this is the first solid evidence that it could be interpreting and modulating pain sensations.

The new research looked specifically at the ganglia of the peripheral nervous system, a collection of 'nodules' that were previously thought to only help shuttle messages through the nervous system, not communicate amongst themselves.

After spending five years studying ganglia cells taken from mice and rats in the lab, they found that they could actually exchange information with each other with the help of the signalling molecule GABA - an ability that was previously believed to be restricted to the central nervous system.

More than that, when the researchers stimulated pain signals in rats, they found evidence through this GABA pathway that the ganglia cells were communicating with each other, and regulating and changing the signal they sent on to the central nervous system.

"When our research team looked more closely at the peripheral system, we found the machinery for neuronal communication did exist in the peripheral nervous system's structure. It is as if each sensory nerve has its own 'mini-brain', which to an extent, can interpret incoming information," said Gamper.

While there's a lot more work to be done to understand how this works in the human body, and if this network of 'mini brains' exist at all in humans. If confirmed, it would be a huge deal for researchers working on better painkillers.

Right now, pain relief drugs only target the central nervous system, and the most effective ones have some pretty severe side effects, such as addiction and building up tolerance in patients over time.

If new medication could instead target the peripheral nervous system, it could lead to the development of non-addictive and non-drowsy drugs that are more effective.

"This dramatically changes our understanding of pain medication because in theory it is now possible to target drugs at the peripheral nervous system which could widen the type of treatments available," said one of the team, Xiaona Du from Hebei Medical University in China.

We'll be watching the progress in humans closely.

The research has been published in the Journal of Clinical Investigation.