Humans have turned the building of spaces into an art form, but we're not the only species with such dazzling achievements. A particular genus of Southeast Asian and Australian stingless bee really takes that idea to another level, creating spiral beehives that rival New York's Guggenheim.

We know bees are smart, but it's been a bit of a mystery as to just how Tetragonula bees manage to create their intricate spiral, bullseye, and other irregularly-shaped beehives.

Now, an international team of researchers has stepped up to find out; surprisingly, when the scientists used mathematical models to investigate the patterns found in the beehives, they discovered that hive creation had striking similarities to the formation of crystals. 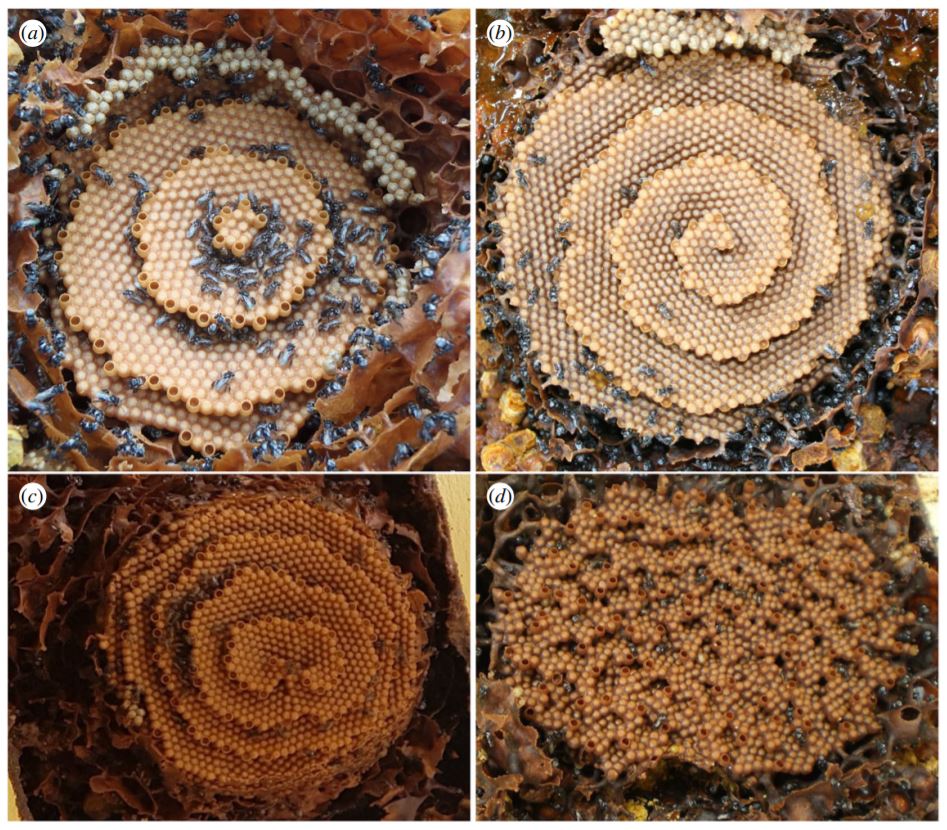 "Crystal growth and bee comb construction are two systems operating within very different spheres of science. So what leads to the similar structures? This is the beauty of the applicability of mathematics to nature," the researchers write in their paper.

"It turns out, so often, that similar laws and similar principles govern the formation of very different systems in different areas of science, and thus are describable by the same mathematics."

As you can see in the image below, the honeycomb isn't a flat structure. Instead, the layers are raised up to allow bees into the terraces underneath. This, the researchers write, can be thought of like a bee version of the spiralling levels of the Guggenheim Museum – a 20th century structure known as one of New York's most architecturally important buildings. 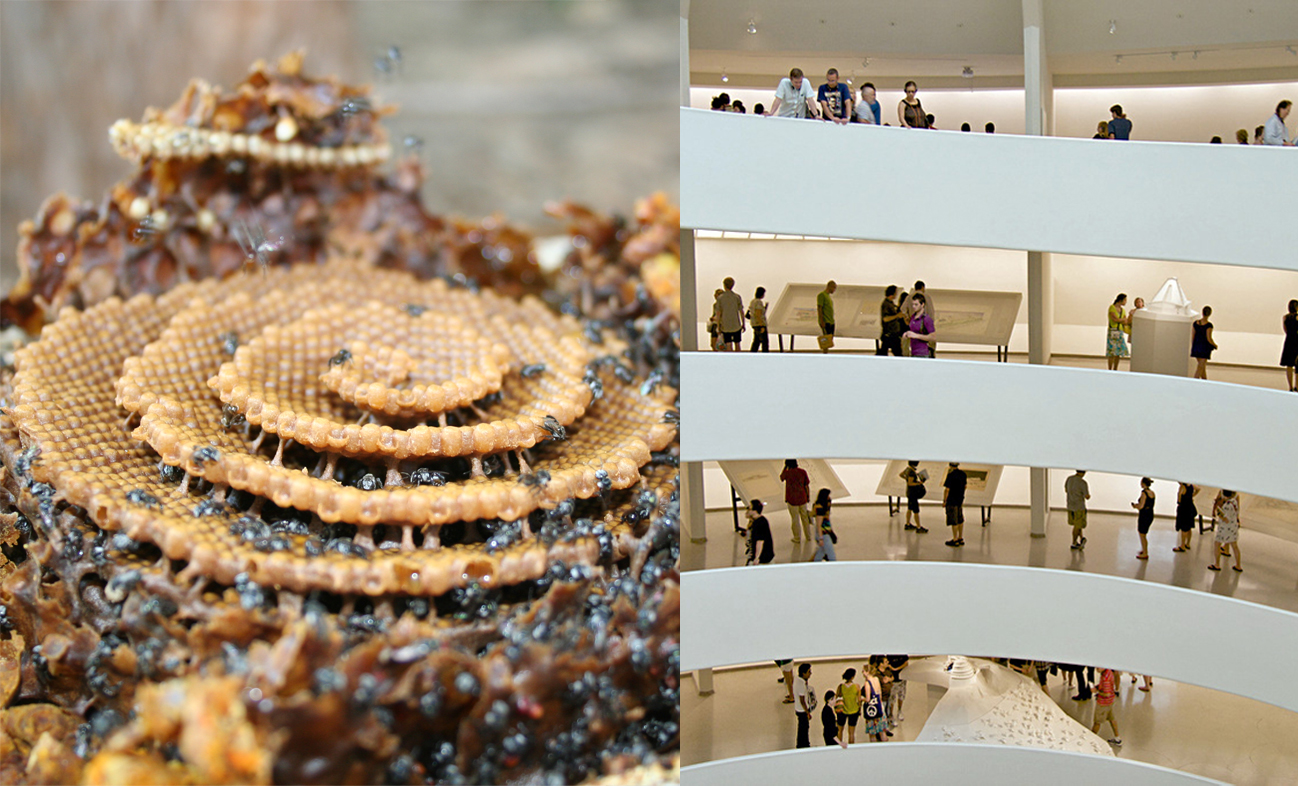 Spiral beehive and the spiral levels of the Guggenheim. (Tim Heard; Wallygva/Wikimedia/CC BY 3.0)

"One of us - Antonio Osuna, showed me some pictures of the bees combs and I was hooked," one of the researchers, Universidad de Granada interdisciplinary physicist Julyan Cartwright, told ScienceAlert.

"From then on it was a case of working out how these patterns appear in the case of the bees, and we were able to take ideas we had developed from looking at crystal growth and at how molluscs make nacre (mother of pearl), both of which show very similar spiral and target patterns to the bees' ones."

When the team modelled how this sort of structure forms, they used a couple of parameters to model the shaped honeycomb. First there's the R value - meaning that different patterns form depending on the radius of one layer of beehive cells.

Then there's the α – which provides the random probability distribution. In crystal growth this would be caused by impurities, and in honeycomb building it would be how flat the bees can make a layer.

The bigger the R, the bigger each layer of the bullseye or spiral will be, with fewer layers overall. The bigger the α, the more 'disordered' the terraces will get.

But although we understand a model, this doesn't really explain why bees of this genus make such incredible patterns, instead of just building regular old honeycomb layers.

While a study looking purely at mathematical models can't tell definitively why bees do this, the team believes it is not a master plan so much as a few behavioural rules that push bees into creating these structures, using only 'local information'.

"When we humans build, we normally employ an architect who makes a plan of the whole structure. That's global information," Cartwright explains.

"It's difficult to imagine how bees might have an architect to design their combs. But if they don't use global information, how do they build them? The equivalent for us humans would be to build a house brick by brick without an architect's plan. We show how bees can do this with only local information."

This definitely won't be the last we hear about the smarts of bees - between waggle dances, mathematics, and incredible spiral homes, we're sure they still have tricks up their tiny, buzzing sleeves.

The research has been published in the Journal of the Royal Society Interface.