In 1206, Genghis Khan, a fierce tribal chieftain from northern Mongolia, began to take over the world. The khan’s ruthless tactics and loyal horde swept across Asia.

One territory after another fell under the overwhelming force of the Mongol Empire, which would eventually stretch from the eastern shores of China. A series of successful forays in Hungary and Poland made even Europe seem within reach of conquering.

But this unstoppable wave of victories in Europe suddenly ended. Almost as soon as the Mongols set their sights set on Austria, they abruptly returned to Asia.

Historians could only guess why until now, since written accounts from the point of view of Mongol military leaders are sparse. But a new study in the journal Scientific Reports looked at a different kind of record to solve the mystery of the horde’s abrupt exit from central Europe: tree rings.

This wooden chronicle revealed that a cold and wet period set in for years, leading "to reduced pastureland and decreased mobility, as well as hampering the military effectiveness of the Mongol cavalry", according to a press release.

Here’s how the Mongols rose to power - and how natural climate change may have forced them to cut their losses and stop a fearsome war of attrition.

When Genghis Khan died in 1227, he left his son, Ogodei, a territory that extended from northeast China to the Caspian Sea, just north of modern-day Iran. In total, it measured an astounding 11 million square miles (28 million square km).

"Whether measured by the total number of people defeated, the sum of the countries annexed, or by the total area occupied, Genghis Khan conquered more than twice as much as any man in history," writes historian Jack Weatherford in his book, Genghis Khan and the Making of the Modern World.

After Genghis’ death, Ogodei Khan carried forward his father’s legacy. The khanate expanded to the east and west, conquering the remainder of northwest China and pushing into Russia, aided by a wet period that allowed the Mongol armies to bring thousands of horses across the largest desert in Asia: the Gobi.

By 1240, Kiev had been sacked and the horde was rapidly advancing west. Their cavalry and siege tactics were laying waste to the cities of Europe, and, perhaps more importantly, they brought along Chinese gunpowder.

This series of unqualified successes brought the vast Mongol army to Hungary in March 1241. King Bela IV fled his palace in Pest (now Budapest), and Ogodei’s armies slaughtered an estimated 1 million Hungarians: Troops, clerics, nobles, knights, and peasants. It was one of the bloodiest defeats of the medieval period.

In December of 1241, Ogodei Khan died unexpectedly. Some historians have argued that Batu, Ogodei’s nephew who had been leading the western campaign, turned back toward the Mongol capital of Karakorum for the election of a new leader.

The following year, everything changed. The horde suddenly turned south, moving through modern-day Serbia, and then headed back through Russia. Though subsequent khans staged occasional raids on European cities, the major war campaign was over.

Several hypotheses exist as to why the army abandoned their western front, but, the authors of the new paper argue, none are fully sufficient to explain the change in course.

The authors sampled wood from five regions of Eurasia to track what the weather was like during the period of the Mongols’ most extensive reach. 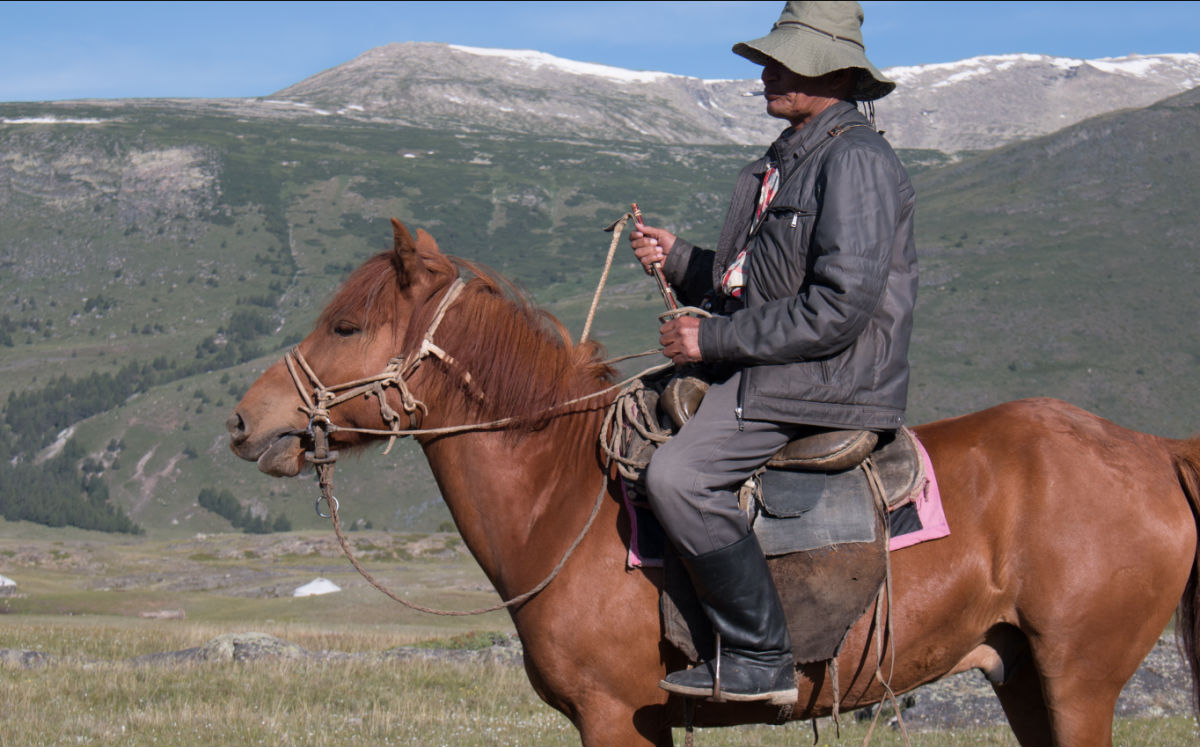 Trees are especially sensitive to small changes in climactic conditions: in wet years, they add thick layers of bark to their trunks. In dry years, the rings are thinner, reflecting the lack of water to a tree.

They found the climate in Hungary and its surroundings were unusually cold and wet for about three years, from 1238 to 1241. The extra moisture and early spring thaw turned the Hungarian plains into marshes and swampland - unsuitable terrain for moving the thousands of horses the Mongol armies relied on for transportation and warfare.

The last year of the eastern European campaign, 1242, they note, was especially damp. This led to crop spoilage, further reducing the food supply for the khan’s hordes. Famine later set in and killed thousands in the region.

It’s likely that Ogodei’s commanders chose a southern route because of its relatively drier conditions, the authors write, directing them away from Europe.

What happened to the Mongols afterward? Ogodei Khan’s death kicked off a spate of power struggles among Genghis’ sons and grandsons, fracturing the Mongol Empire into pieces that never reunified.

His lineage, however, continued to found dynasties in India, China, Persia, and Siberia. The Mongol people continue to live in China’s Inner Mongolia Autonomous Region and modern-day Mongolia, where Genghis Khan’s portrait appears on currency, vodka, and cigarettes, and his name even graces Ulaanbaatar’s international airport.

As scientists gain the ability to examine the climate record in greater detail, we’re discovering more about how climate shaped history. Unusual climates probably allowed Polynesians to spread out across the South Pacific, led to the fall of an ancient metropolis in pre-colonial Mexico, and encouraged Attila the Hun’s campaign of terror against the Roman Empire 800 years before Genghis Khan.

The authors conclude that their study of the Mongolian withdrawal from Hungary, "illustrates the incidence of even small climate fluctuations upon a historical event".

It also hints at a lesson for our climate future: a few degrees is all it takes to change the course of human history.