Scientists have discovered the remains of a vast stretch of underwater lava flows off the coast of Australia, a submerged, hidden landscape not unlike the charred realm of Mordor depicted in J.R.R. Tolkien's Lord of the Rings series – though in this case without any sign of a corrupted dark lord.

Using advanced underwater imaging techniques to reveal the jagged peaks and valleys of the hidden world, the team came across the remains of 26 ancient lava flows, measuring up to 34 kilometres (21 miles) in length and 15 kilometres (9 miles) in width.

At a maximum of 625 metres (2,051 feet) high, the peaks of the terrain would be quite a challenge for Frodo Baggins to climb even if they weren't underwater, but it's the way the researchers have peered underneath the ocean floor sediment like never before that makes the findings so remarkable.

"By using data acquired as part of oil exploration efforts, we have been able to map these ancient lava flows in unprecedented detail, revealing a spectacular volcanic landscape that bring to mind illustrations from Lord of the Rings," says one of the team, Nick Schofield from the University of Aberdeen in the UK.

"Submarine lava ﬂows are inherently more difﬁcult to study than their counterparts on the Earth's surface due to their inaccessibility, and the technology we have used is similar in many ways to what is used to produce ultrasound images of babies, but for the Earth." 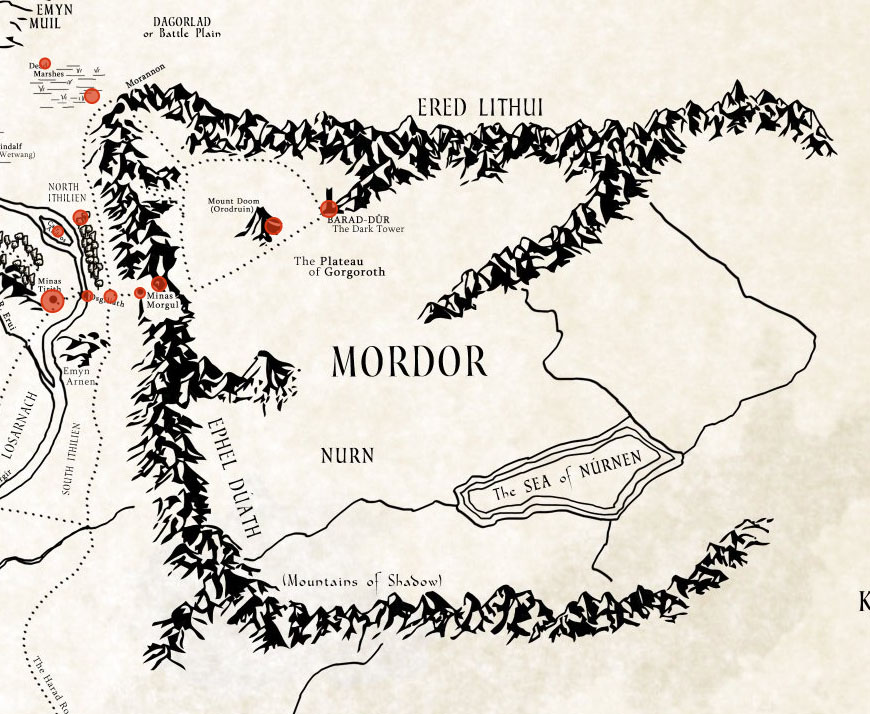 It's called 3D seismic reflection data, and it's obtained by scanning surfaces with seismic waves.

By measuring the way those waves bounce back, researchers can determine the layout and the composition of underground features that are otherwise hidden from view – in this case by up to 250 metres (820 feet) of sediment.

Apart from providing a neat tie-in with a best-selling series of books, the discovery could actually teach us much more about how lava flows erupt and spread. The original eruptions are thought to have happened 35 million years ago. 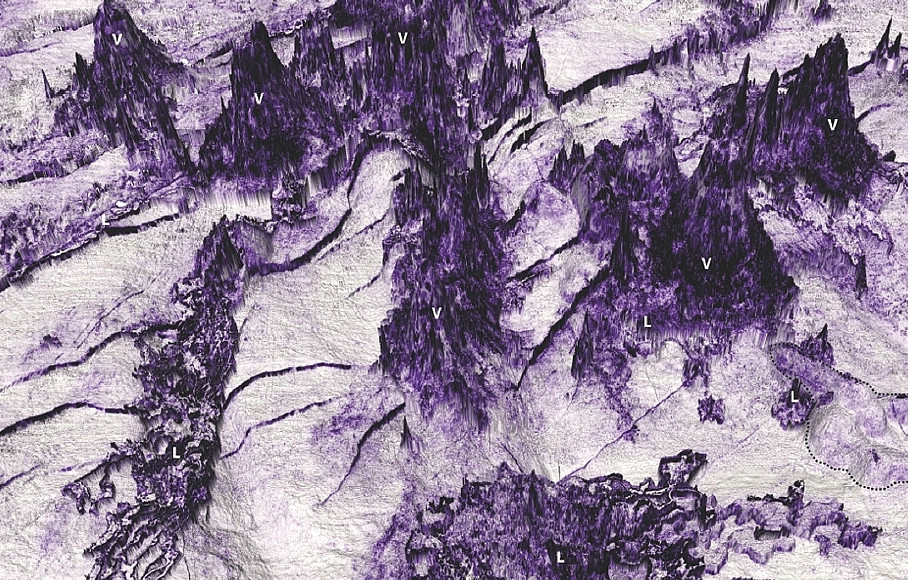 Part of what the scientists have uncovered in the Bight Basin off the coast of southern Australia are a series of underwater kīpukas, or islands created by lava flows forming around their edges.

Some of these key lava flow features, like kīpukas, have never been studied underwater before, giving scientists a rich seam of data to pore over.

With more than two-thirds of volcanic activity on Earth happening underwater, the more we can learn about how these lava flows evolve and take shape, the better. All kinds of factors need to be considered to make accurate models, including eruption size and depth, but this deep-sea Mordor gives experts a real world landscape to analyse.

What makes this site particular suitable for study is that the lava flows are relatively close to the surface, and aren't covered by flood basalt, which would make seismic scanning like this more difficult.

Now the same scanning and surveying techniques could be used to reveal more of these underground volcanic landscapes.

"By using this technique, we have a unique insight into a landscape that has remained hidden for millions of years, highlighting the growing importance of seismic data in studying submarine volcanism," says Schofield.

The research has been published in the American Geophysical Union Journal.